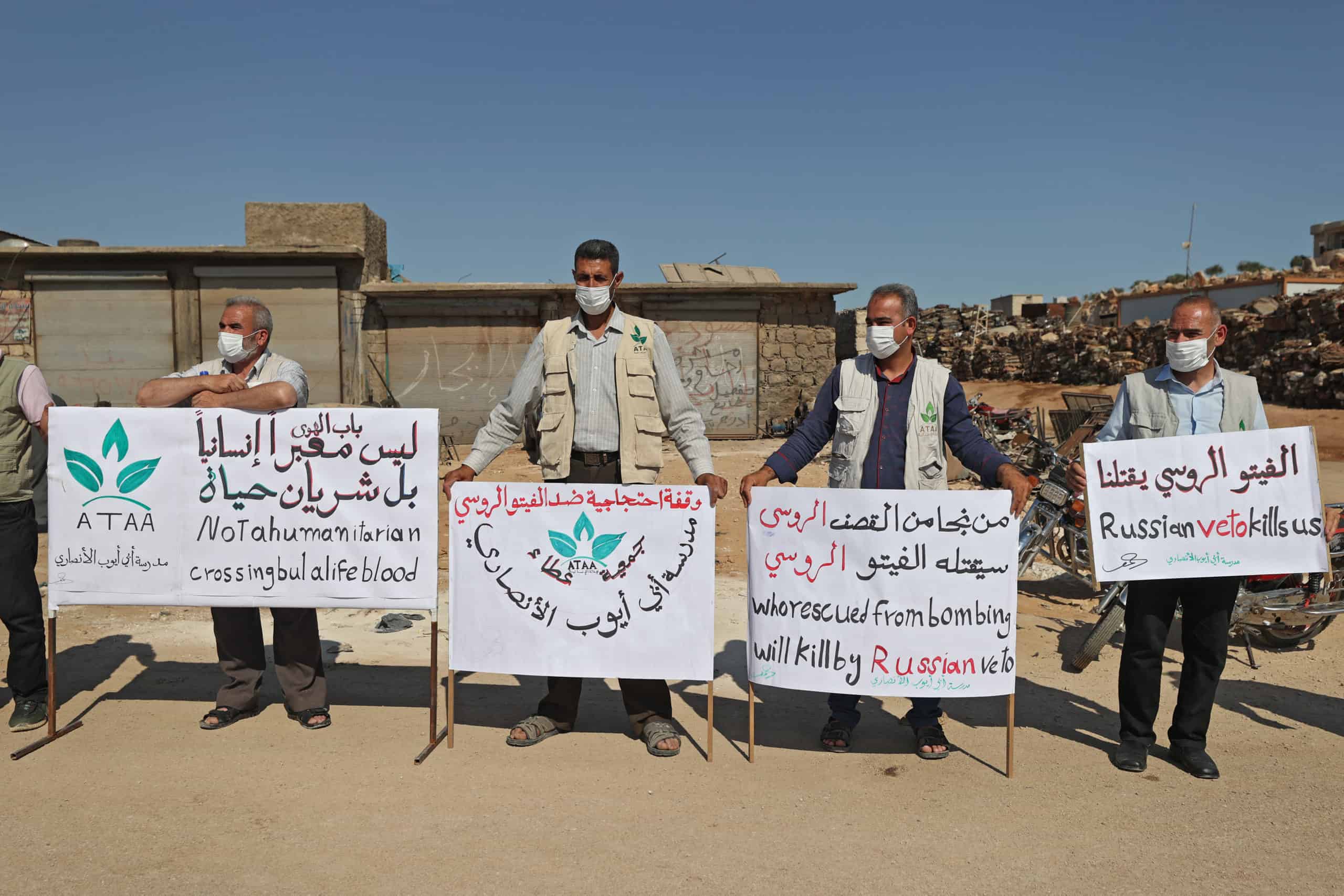 Kurdish authorities in Syria on Saturday slammed the UN Security Council for failing to reopen an aid crossing to the northeast despite approving deliveries through the frontier with Turkey.

“We are not opposed to aid deliveries to the Syrian people … but we are opposed to double standards,” the Kurdish administration said in a statement.

“This decision deepens our humanitarian tragedy by continuing the siege imposed on us from all sides,” it added.

The UN Security Council on Friday unanimously approved an extension of humanitarian aid to a rebel-held part of Syria through the Bab Al-Hawa crossing from Turkey in the country’s northeast.

But a request to reopen for one year a second crossing point at Al-Yarubiyah, which allows supplies to reach northeastern Syria from Iraq, was dropped.

Kurdish authorities and international aid groups had lobbied for it be reopened but their appeal failed, sparking a backlash.

“The Council has  … once again failed to address the significant and life-threatening challenges populations in northeast Syria are facing in accessing humanitarian assistance,” David Miliband of the International Rescue Committee said in a statement on Friday.

“Needs have increased by nearly 40 percent, while the IRC and other NGOs have experienced chronic shortages of essential supplies.”

Amnesty International also slammed the UNSC vote as a “compromise” that overlooked the humanitarian tragedy in northeast Syria which is home to sprawling displacement camps housing relatives of the Daesh group.

“This compromise resolution is once again an example of Russia ignoring the humanitarian needs of Syrians,” Amnesty’s Sherine Tadros said in a statement.

For its part, the Syrian government welcomed the UNSC vote that authorized aid deliveries for only six months, down from 12.

On Saturday, Syrian state television quoted Foreign Minister Faisal Mekdad as saying that the vote affirmed the unity of Syrian territory. “External crossings are no longer the main tool for delivering aid,” Mekdad said. “Deliveries from within Syria are now the main” channel, he added.

China’s UN Ambassador Zhang Jun said on Tuesday that Beijing wanted the council to not only extend humanitarian aid deliveries to Syria from neighboring countries, but to tackle the impact of Western sanctions by the US and EU and the need to expand deliveries across conflict lines — issues he again raised after the vote.

“It should be stressed here that unilateral sanctions are the main obstacle in improving the humanitarian situation in the country,” Zhang said.