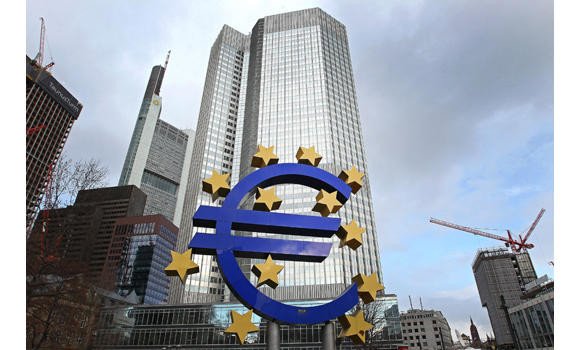 When European central bank policymakers meet on Thursday, mounting inflation and economic rebound will be the focus of their discussions, testing their commitment to keeping pandemic-era stimulus measures in place as travel restrictions begin to ease.

The ECB’s 25-member governing council is widely expected to hold interest rates at historic lows and leave its massive bond-purchasing schemes unchanged at the upcoming meeting. But with a brighter outlook on the eurozone horizon as more people are vaccinated and businesses reopen, observers will be eager for clues on when the ECB might start winding down, or “tapering”, its crisis bond buys.

The ECB’s 1.85 trillion euro ($2.2 trillion) pandemic emergency bond-purchasing programme (PEPP), its main weapon in the fight against the virus fallout, is set to run until March 2022. ECB president Christine Lagarde’s Thursday press conference will likely be a tightrope walk between striking an upbeat tone about the region’s recovery while stressing the need for ongoing support, observers said.

Lagarde will try to avoid “the T-word”, according to ING bank economist Carsten Brzeski. “Even if economic developments would in our view clearly justify at least having a first tapering discussion, the sheer mention of such a discussion could push up bond yields further and consequently undermine the economic recovery,” he said.

A similar debate is raging in the United States, where minutes from the Federal Reserve meeting in late April showed that some officials believe the US economy may soon be healthy enough to start trimming asset purchases.

Italian central bank governor Ignazio Visco gave a hint of the ECB’s thinking last week when he said that “uncertainty over the timing and the strength of the recovery require that financial conditions remain supportive for a long time.”

Central banks’ huge monthly bond purchases are aimed at keeping borrowing costs low to spur spending and investment. On top of PEPP, the ECB is also hoovering up 20 billion euros a month in government and corporate bonds under a pre-pandemic scheme to boost growth and drive up inflation.

The Frankfurt institution has also offered ultra-cheap loans to banks and set its bank deposit rate at minus 0.5 percent — meaning lenders pay to park excess cash at the ECB. The ECB’s goal is to push inflation “close to, but below” two percent, a target that has been out of reach for years.

But consumer prices have risen rapidly in recent months, driven by soaring energy prices and temporary factors including a shortage of semiconductors and pent-up demand as different sectors exit shutdowns

Inflation in the 19-nation euro area hit 2.0 percent in May, overshooting the ECB’s benchmark to reach its highest level in nearly three years. ECB officials have stressed they are holding their nerve, pointing out that core inflation, which strips out energy and other volatile items, remains muted.

Lagarde has pledged that the ECB will “look through” what is forecast to be a brief surge in inflation. The bank will also unveil its latest quarterly forecasts Thursday, with observers saying inflation data could be revised upwards from the current 1.5 percent for 2021 and 1.2 percent for 2022.

Economic growth estimates are predicted to stay broadly unchanged at 4.0 percent this year and 4.1 percent in 2022. After a weaker than expected first quarter, marked by a sluggish start to Europe’s vaccine rollout and the emergence of more contagious virus variants, economists are optimistic about the rest of the year.

Eurozone manufacturing is booming, the labor market is healing and business confidence surveys in key economies Germany, France and Italy are positive, said Berenberg Bank chief economist Holger Schmieding. But he predicted that the ECB would stick with its current pace of bond purchases a while longer.

“The economy looks set to run full throttle shortly. But as the current spike in headline inflation so far reflects only temporary factors, the ECB can afford to keep the pedal on the metal for another three months,” Schmieding said.