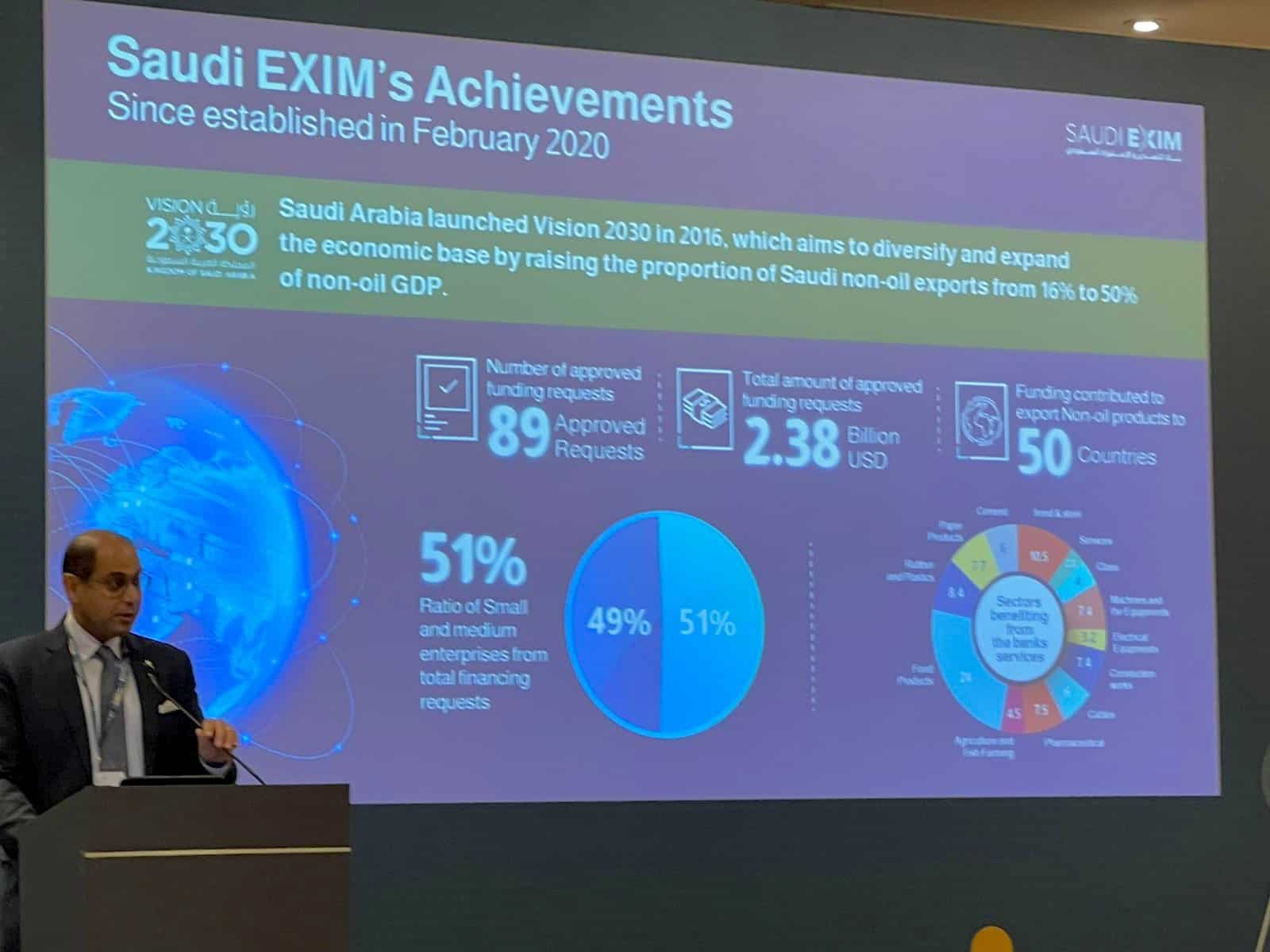 The Saudi Export-Import Bank has officially joined the Berne Union.

The Saudi Export-Import Bank has officially joined the Berne Union, it has announced on Twitter.

The Berne Union is a leading association of the global export credit and investment insurance industry.

The bank’s membership in the union represents a major milestone in its role as a facilitator, local reports said on Wednesday, October 13.

The inclusion provides the Saudi EXIM Bank a platform to partner with leading institutions to address major issues related to the export credit industry.

It is also said to be in line with the bank’s objective of boosting the export of national products through strategic partnerships with international and local financial institutions and organizations.

Commenting on the inclusion, Saudi EXIM Bank CEO Saad bin Abdulaziz Al-Khalb said: “We are delighted to join the prestigious Berne Union within just over a year of the Bank’s establishment.”

He added: “The fact that we are among this group highlights our accelerated development, building of expertise and risk-taking capacity to support Saudi exporters, enabling them to expand to new markets.”

He also said: “We will continue to deliver on our commitment to the Saudi Vision 2030 objective to raise the Kingdom’s share of non-oil exports to 50 percent by the end of the decade.”

Established in 1934 with its headquarters in London, the Berne Union represents 81 member companies from 66 countries. The members include government-backed official export credit agencies, private credit and political risk insurers, and multilateral institutions.