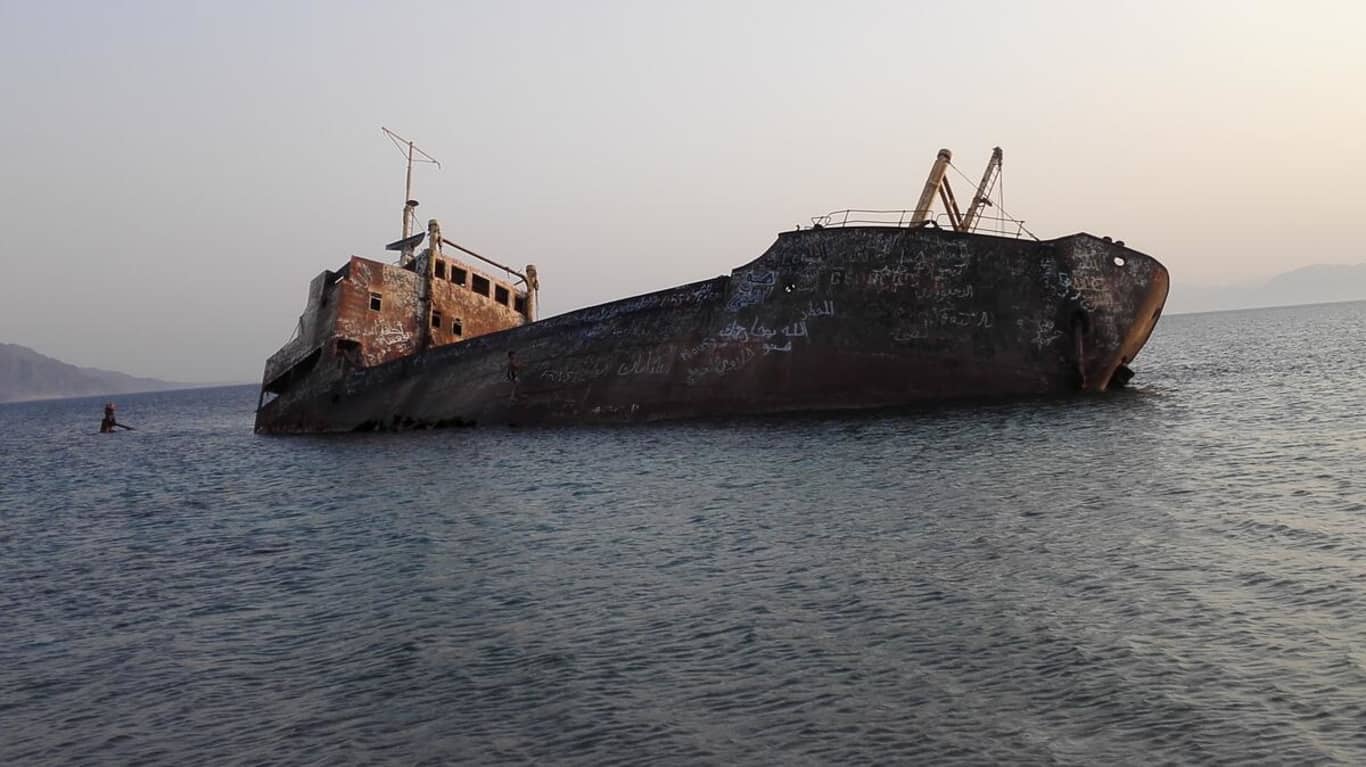 A 40-year-old Greek Cargo ship, called Georgios-G, has become a tourist attraction for the locals and visitors in the northwest of Saudi Arabia in Tabuk, 55 km south of Haql Governorate, said sources.

The ship was loaded with foodstuffs and sailed in 1978 from a Greek port towards the Aqaba port in Jordan, but it hit the coral reefs nearing the beach of Bi’r al Mashi while passing through international waters, and deviated from its course eastward towards the territorial waters of the Saudi Arabia, said the sources.

The hit created a hole in its body which flooded its front part with water, thus increasing its load and stranding it.

The ship has since been resting in the same place with more than two-thirds of its structure submerged in water, while its front and tilted body overlook the sea on the coast, telling a story of the last and difficult night that the captain of the ship went through, said the local sources.