Dubai Expo ‘new city’ is here to stay for decades 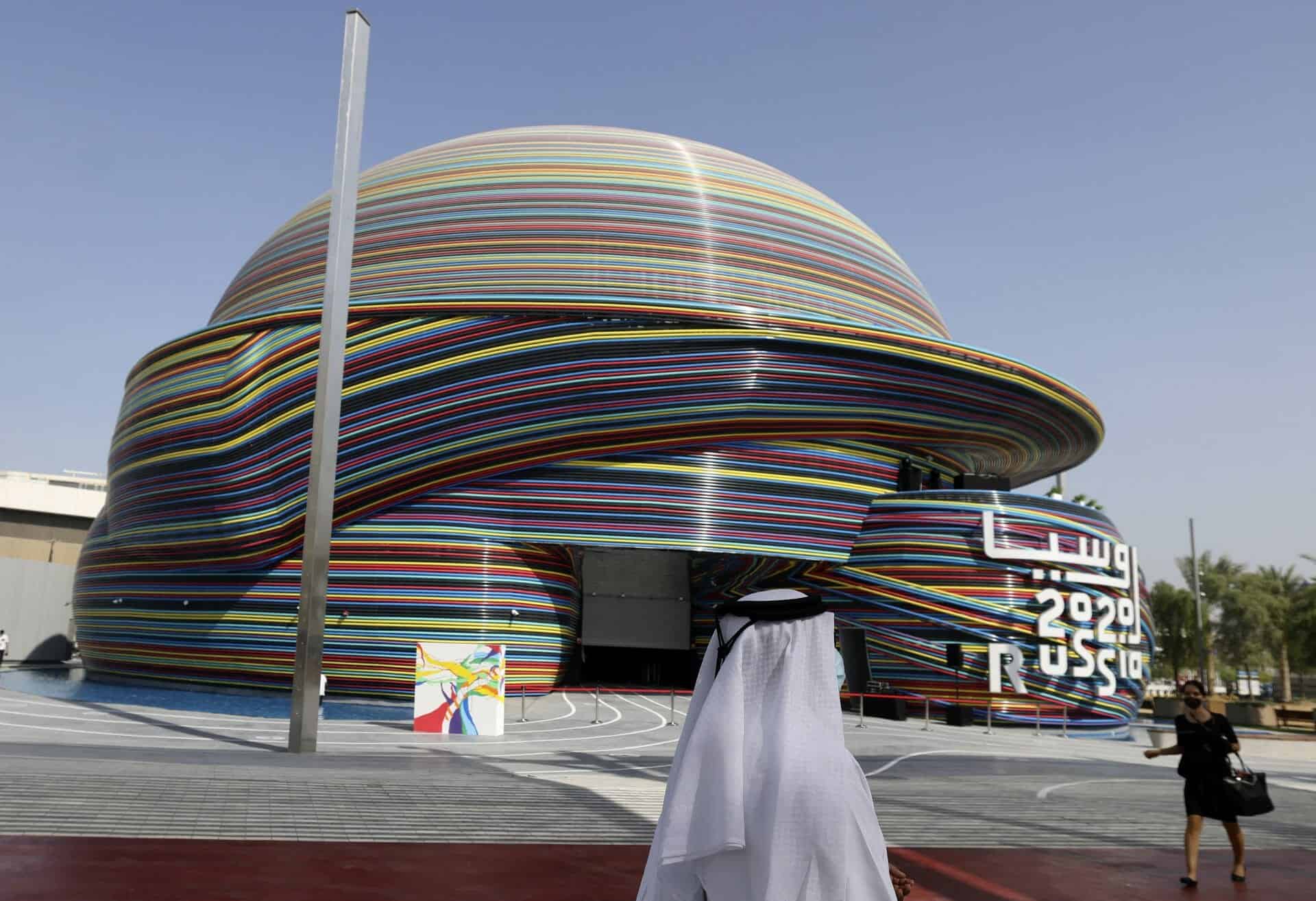 The Russian pavilion at the Dubai Expo 2020. AFP

Dubai has created a “new city” for Expo 2020 that will exist for decades, the head of the event told AFP, promising most of the vast site will remain in use after the six-month world fair.

The $7 billion, purpose-built showground occupies a vast site on Dubai’s outskirts, with hundreds of pavilions and exhibitions sprawling across an area twice the size of Monaco.

Expo 2020, which has sustainability as one of its main themes, wraps up in March. But director general Reem Al Hashimy said the lavish, largely air-conditioned development would not go to waste.

“It was never an investment to host an Expo, it was an investment to create a new city that is equal distance between Dubai and Abu Dhabi and really the city of the future,” she said in an interview.

“That investment goes into a city to 2040, 2050 and beyond. In addition to that, we have also made a commitment not to dismantle all Expo-related facilities.

“Everything that we’re building, a very large majority, over 90 percent or so, will actually remain for that future city.”

The United Arab Emirates city has witnessed breakneck development in its growth from a small fishing settlement to a major center with the world’s tallest building, the Burj Khalifa.

The Expo project is connected to the Dubai metro and lies en route to the capital Abu Dhabi, the richest and most powerful of the UAE’s seven emirates.

Expo is intended to draw millions of foreign visitors, but pandemic-related travel restrictions worldwide are likely to have a dampening effect.

And whether the 5G-enabled site thrives or languishes after Expo depends on what businesses can be persuaded to base themselves there.

“Given the focus on technology and sustainability we’re looking to attract industries, residents that are inclined to operate in those spaces,” said Al Hashimy, who is also the UAE’s minister of state for international cooperation.

“So in part we’re looking at industries related to climate or green technology if you will, a lot around ag-tech. There’s an interesting combination of new sectors that have emerged that we’re going to be able hopefully to capitalize on by having this Expo.”

Expo’s sustainability measures include Terra, an enormous, satellite dish-shaped construction that is powered by nearly 5,000 solar panels and recycles its own water.

There are also a number of activities on climate and biodiversity, an especially pressing topic in the oil-rich Gulf, one of the world’s hottest regions.

“There was a real conscious decision when we laid out our people and planet program to look at how the Expo activities… could positively contribute,” Al Hashimy said.

“But given that this site will remain almost in its entirety, in legacy, then we are proud to be able to contribute to the larger sustainable agenda.”