E-Sports a billion-dollar industry in GCC 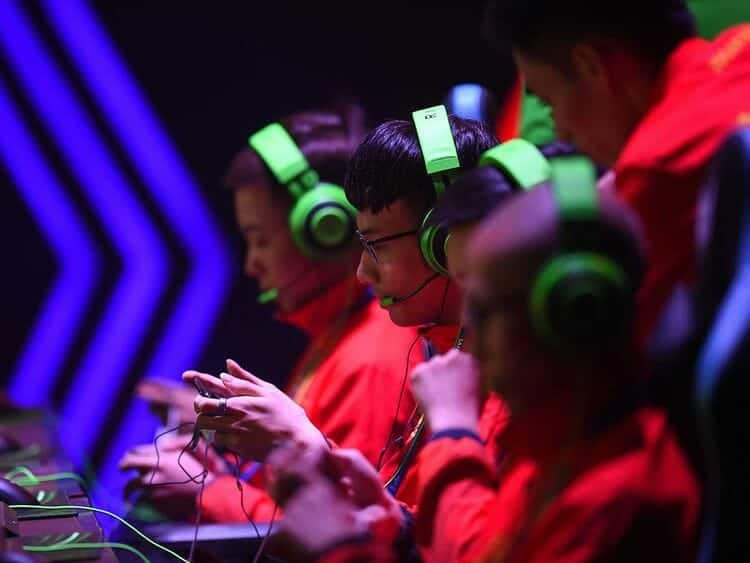 The gaming market in the Gulf Cooperation Council is expected to grow from US$693 million in 2017 to US$821 million in 2021, a report by  Strategy& has revealed.

The report adds the global gaming industry is now worth US$129 billion annually, and there are nearly 2.5 billion gamers worldwide.

Although most people associate electronic games and their developers with the Western world, the Arab region has lately begun to work seriously on developing a Middle Eastern industry for game production, creating games with unique Middle Eastern traits and identities.

Recently, the region’s focus on developing e-games has grown, especially in the GCC region. Some governments and organisations have begun to support youth initiatives and conduct conferences and hackathons in this field.

Gaming in the MENA is worth US$4.5 billion, according to Frost & Sullivan, the number of gamers in the region is estimated to be over 100 million.

By 2025, the GCC region is likely to account for about 1.5 percent of global gaming market revenue.

The mobile gaming sector in the Middle East is expected to reach a value of US$4.4 billion by 2022, according to a report by Orient Planet Research (OPR), the Orient Planet Group’s market research unit, and Galal & Karawi Management Consulting from US$1.06 billion in 2016.

The report said that many have switched to mobile games as a source of entertainment to pass the time at home during the COVID-19 outbreak, followed by preventive and precautionary measures to stay at home.

In 2019, Saudi Arabia ranked 19th among top 100 nations globally in terms of gaming income, with an average of US$577 million in revenue. However, the sector is expected to grow at a 22.5 percent annual pace over the next five years.

At the same time, the UAE, with a revenue of US$342 million, is ranked 35th in the gaming market as of 2019. UAE gamers spend an average of 30 minutes every day on mobile games.

The worldwide gaming sector is expected to generate more money than the entertainment industry; yet, realising this promise would necessitate significant infrastructural and physical investments.

Moreover, the high-tech city of NEOM in Saudi Arabia will dedicate facilities to game developers.

TECOM Group also plans to build Dubai X Stadium, an e-sports venue that will serve as a regional and global hub for gaming events. In September 2020, “The Arcade by Hub Zero” opened, with more than 50 games to pick.

Twofour54, an Abu Dhabi media and entertainment hub, is partnering with Unity Technologies, a game developer, to establish a gaming center where local startups and students can learn the skills required to succeed in the field.

The Pixel, a large gaming center currently under construction, will include an e-sports academy to train the UAE’s next generation of players, as well as an event space to host tournaments and gaming arcades.

Gaming tournaments have become as crucial as any competitive sporting event on a global scale.

Like global growth patterns, the gaming market in the GCC is rapidly expanding. With half of the population under the age of 25, the region’s youth demography has driven this growth, and the emergence of many e-sports teams based in the area has laid a strong foundation for future growth.

Gaming programmes and business community support are accessible in the UAE. Gaming events such as conferences and competitions are often organised to promote the country as a regional hub for games and e-sports.

The Middle East is working hard to attract brands in this sector as it is a new market. Due to Saudi Arabia’s efforts to open on the cultural front, several companies, including Intel, Microsoft, and Sony PlayStation, are focusing on the Saudi market.

In the GCC, e-sports events, contests, and investments are all on the rise. In addition, new stadiums have sprung up and conducted various tournaments, such as the Challenge Arena and Clix Gaming Lounge in Saudi Arabia and the Dubai X-Stadium in the UAE, highlighting the growing popularity of the online gaming.

Gaming is a multi-billion-dollar industry with a very enthusiastic audience. What makes this more exciting is that the Middle East is the center of this rapidly booming industry.