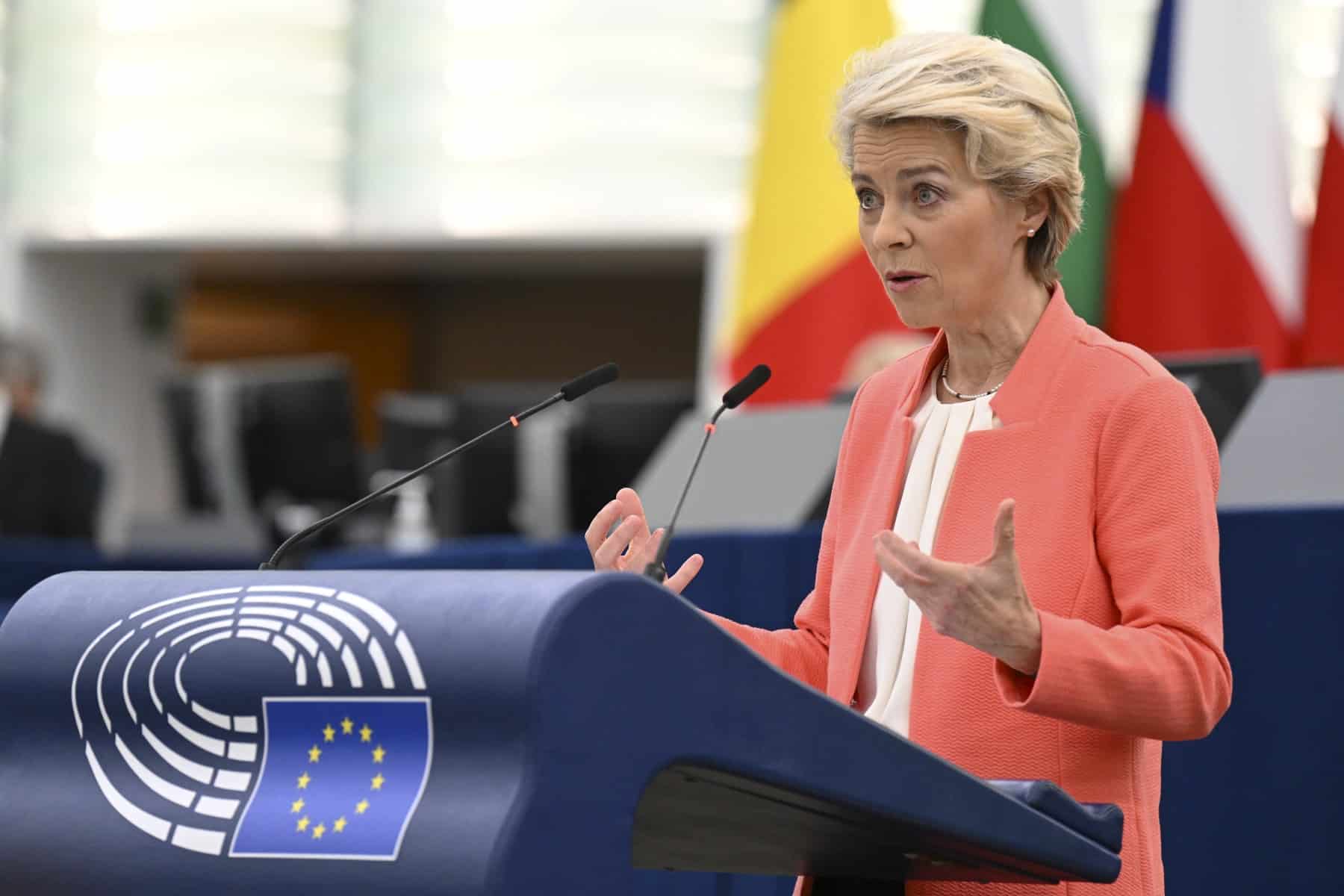 The EU is “ready to discuss” a price cap on gas within the bloc to bring down soaring energy costs, European Commission chief Ursula von der Leyen said Wednesday.

Her comment, to the European Parliament, signaled a shift in tone after powerhouse EU country Germany had expressed worries that a broad price cap might divert supplies for Europe.

It comes after 15 EU countries — more than half the bloc — made a joint call for the EU to impose a price ceiling on how much it would pay for gas piped or shipped in, as the northern hemisphere winter sets in.

Europe is facing an energy crunch as the price of electricity generation skyrockets because of a massive surge in the price of gas.

Russia, which used to be Europe’s main gas supplier, has turned off the taps after being hit by EU sanctions over the war in Ukraine that, while not touching gas, crimped sales of its more lucrative oil exports.

“We are ready to discuss a cap on the price of gas that is used to generate electricity,” Von der Leyen told MEPs sitting in Strasbourg, France.

“This cap would also be a first step on the way to a structural reform and overall reform of our electricity market.”

She added that “we also have to look at gas prices beyond the electricity market”.

Still being ‘fleshed out’

Her spokesman, Eric Mamer, later explained that the proposal was still being “fleshed out” and would be detailed in a letter to EU leaders ahead of a Friday summit in Prague.

But he did say that the idea was “related to the wholesale market of gas trading in Europe” and not directly on the price paid for imported gas.

He acknowledged however that “there are links between the price of gas traded within Europe and the price of the gas that we buy from outside”.

Brussels has been amenable to a cap on pipeline gas to hurt Russia and deprive it of cash for its Ukraine invasion.

But it has resisted a cap on liquified natural gas (LNG), fearing that sellers might simply divert to higher-paying markets, further starving Europe of gas.

Germany, traditionally the biggest beneficiary of Russian gas, had also rebuffed the idea. But it has come under pressure from other EU countries after it announced a 200-billion-euro ($199-billion) fund to shield its own consumers from soaring prices.

But she argued that “the situation has critically evolved” and now, “more member states are open for it and we are better prepared”.

She noted that Europe’s stockpile of gas for winter had reached 90 percent of capacity, exceeding a target set.