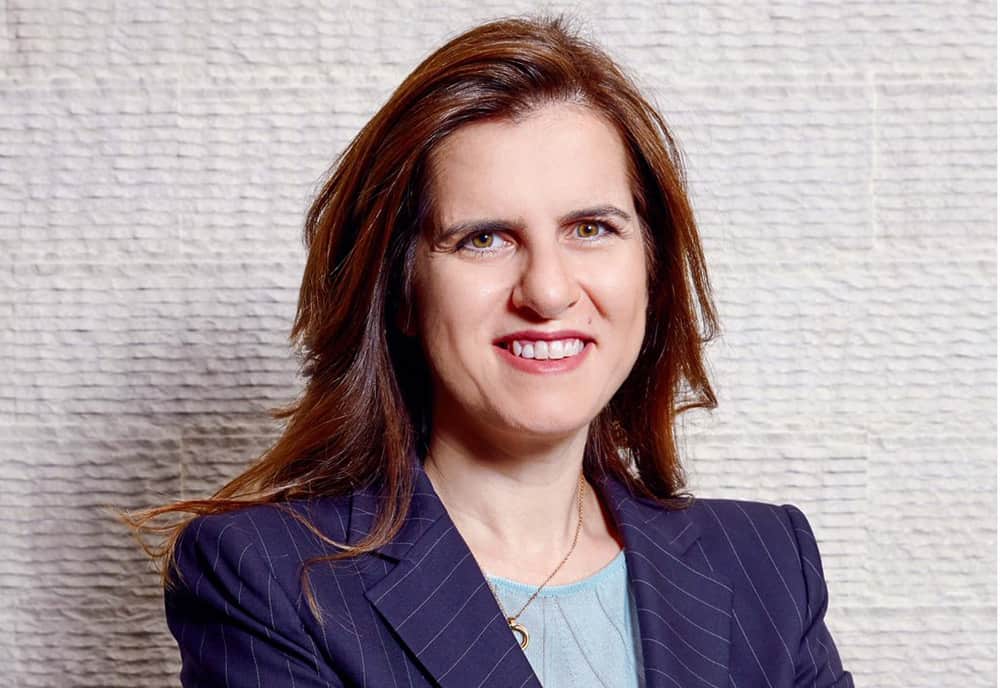 May Nasrallah, founder and executive chairman of deNovo.

In the first five months of 2022 alone, and for the first time since the global financial crisis of 2009, various IPOs in the GCC have raised $4.8 billion, a figure much higher than what IPOs in Europe could manage to mobilize.

May Nasrallah, Founder & Executive Chairman of deNovo Corporate Advisors, said in an interview with TRENDS that IPOs from Riyadh to Abu Dhabi have already raised close to $5 billion in 2022 compared to Europe’s count of $3.9 billion.

Only once since 2009 has the Middle East posted a more significant quarter: in late 2019, Saudi Aramco achieved the world’s largest-ever stock market listing.

Nasrallah, who will be participating as a speaker in the TOP CEO Award Ceremony 2022 in two panels to discuss “IPOs, SPAC, and Raising Capitals” and “Arab Women’s Image,” told TRENDS about the challenges GCC women face in their business careers in addition to the capital raising in the region.

Initial public offerings in the Gulf prove resilient to the volatility hurting deals in other markets, such as high oil prices, stable economies, and abundant liquidity fuel activity, Nasrallah explained.

Recent IPO listings in 2021 include 20 public listings of Saudi companies (9 on Tadawul and 11 on Nomu), like ACWA Power International and Saudi Telecom. While in UAE, we can mention Abu Dhabi Ports and ADNOC Drilling Company PJSC.

At the same time, investors placed more than US$ 34 bn of orders for ADNOC Drilling’s US$ 1.1 bn IPO, while Arabian Internet and Communications Services Co., also known as Solutions by STC, attracted an impressive US$ 126 bn in demand for its US$ 966 Million offerings only in May 2022.

Not to forget that Nahdi’s IPO is the most extensive listing in Saudi Arabia since Aramco raised almost US$ 30 bn in 2019. In comparison, ACWA Power International raised US$ 1.2 bn last year in what was then the kingdom’s biggest deal since Aramco.

Nasrallah added: “This recent track record of listings has exhibited a new chapter in regional listings following a years-long drought in new offerings in AD and Dubai. Abu Dhabi’s stock exchange had gone three-and-a-half years without any IPOs. Dubai has only seen one small company go public since 2017”.

On the other hand, Nasrallah confirmed that Dubai plans to list ten state-backed companies in 2022; and AD has an even longer list arranged. ADQ alone has announced 90 companies in its portfolio to be tipped over the next 2-4 years. Likewise, KSA is expected to list over 50 companies this year and 2023.

Some examples include Salik Road-Toll System (Dubai) plans to list on the DFM; Retal intends to IPO on Saudi Stock Exchange (Tadawul), Abu Dhabi National Oil Co. and Borealis AG are lining up an IPO of their plastics venture Borouge, Dubai’s Tecom Group, approved a plan to convert itself into a public joint-stock company ahead of a book-build initial public offering, Saudi Aramco’s Luberef Refinery Unit Plans US$ 1 bn IPO on Tadawul and many more.

Significant privatizations and private growth companies are now entering the IPO markets due to the recent surge of PO activity and frameworks introduced to enable SPAC formation and listing in the area.

At the same time, Middle East businesses are also highly dependent on bank funding for capital. While the average dependence of companies on loans as a source of financing is less than 40 percent for high-income countries, the corresponding number for GCC member nations has traditionally varied from 50 to 78 percent.

It should be mentioned as well that the GCC region has recently been driven by privatizations and monetization initiatives, particularly in Dubai and Abu Dhabi, as part of a concerted initiative from the leadership to boost its capital markets. KSA is undertaking a similar strategy. This simply means that MENA companies no longer have to go to London or New York in search of big-ticket investors, with global institutional investors, the likes of BlackRock, Vanguard Group, and Fidelity Investments have shown interest in participating in the initial public offering boom in local markets.

At the same time, increased liquidity encourages more companies to list, which, in turn, drives further demand, further liquidity, and more attractiveness of IPOs as a credible source of funding.

On the other side, the regional exchanges have finally gotten the boost and proverbial shot in the arm they long needed to establish them as a credible form of capital raising and monetization. This started in a meaningful way last year, propelled by government strategy, support, and backing, and we see it continuing this path for the foreseeable future.

Many sectors are expected to benefit from raising capital in the GCC region; Pharma, healthcare, energy, and technology are the biggest.

From the other side, moving into Arab Women’s Image Panel: Nasrallah expressed her pride in seeing the rate of female employment increase dramatically over the past decade. In addition, today we have women business leaders both in publicly listed companies, private companies, family groups, technology firms, and financial institutions.

Nasrallah considers GCC women in the workplace as quite impressive, capable, diligent, hard-working, and ambitious. But she says: “When given the opportunity, they can outshine.”

Yet, there are several challenges that GCC women face in their business career life; Nasrallah mentioned some:

– Stereotypes both inward-looking and outward in: The perception that GCC or Arab women are less educated is inaccurate.

– Old-fashioned male mentality: Sometimes, women are held back by the older generation of men.

Several steps can be taken to encourage GCC women’s enrollment in the business sector, from publicly celebrating their success stories; to further KPIs that advocate and recognize diversity in large corporations and governmental institutions.