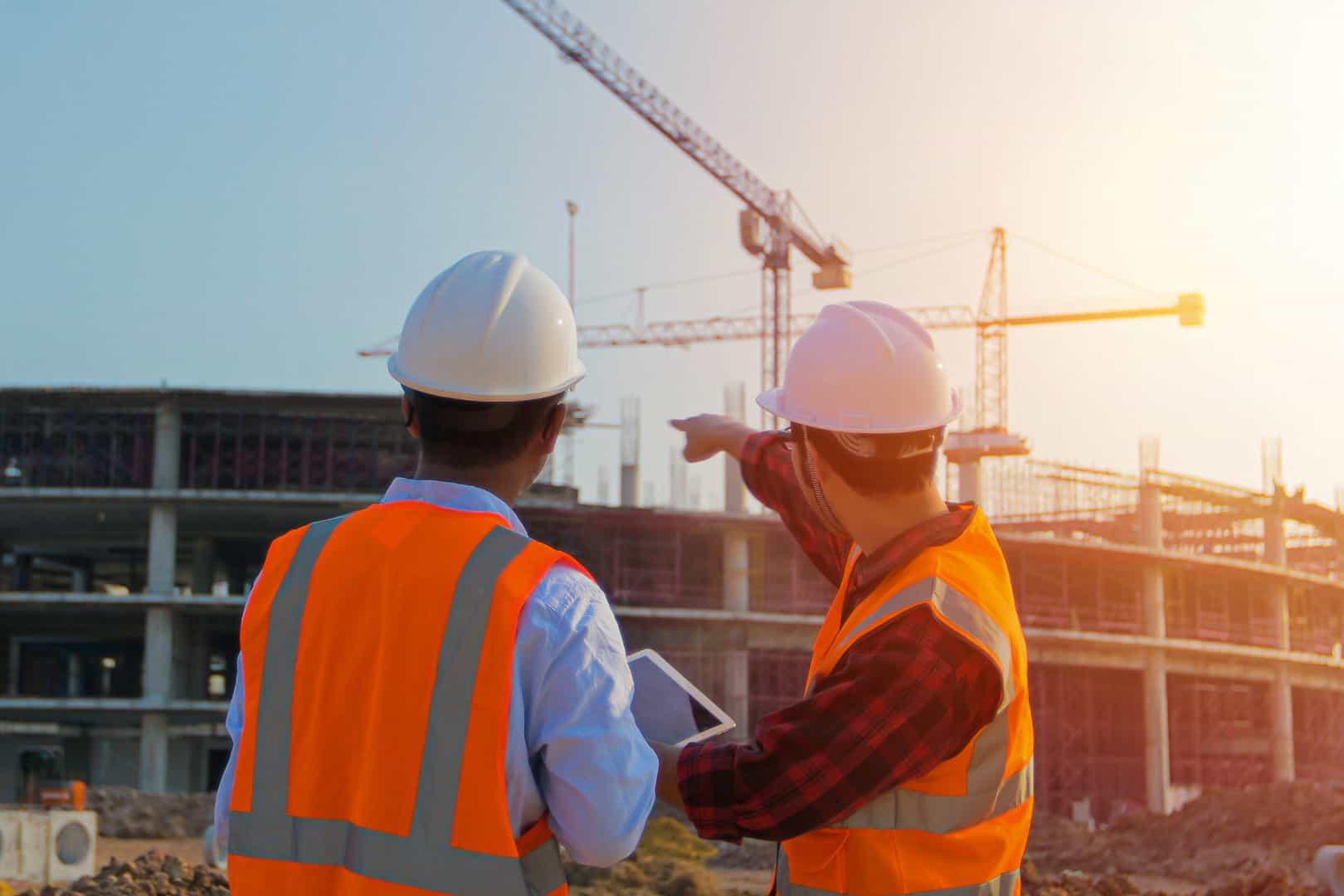 The Gulf region's construction sector is in transition, repositioning itself to face new challenges. (WAM)

Dubai, UAE- The region’s construction sector is in transition, repositioning itself to face new challenges and achieve the goals of the government’s vision and plans.

As the Dubai market slows and Saudi Arabia, the region’s largest construction market, reawakens, all eyes are on the competition between the two markets and whether the latter will dominate the scene in the coming years, especially now that companies are being asked to open offices in Saudi Arabia and the government is providing them with facilities.

According to recent research by Knight Frank, one of the world’s leading independent real estate consultancies, the planned construction in the kingdom will make Saudi Arabia the largest construction site the world has ever known.

“We’ve been keeping track of how many projects have been announced since the National Transformation Plan came out in 2016,” said Faisal Durrani, Partner and Head of Middle East Research at Knight Frank. “Over the last seven years, $1.1 trillion worth of real estate projects have been announced in Saudi Arabia. Thus, Saudi Arabia will have to become the world’s largest construction site up to do that, because we’re talking about a huge volume of real estate, in terms of the sort of projects ”

“We’ve also tracked 15 Giga projects in various phases of construction around the kingdom, many of which are new stand-alone super-cities in their own right. NEOM remains the largest giga-project announced to date, and it has been recently publicized that it will house nine million residents across an estimated 300,000 new homes on completion. However, just $7.5 billion of sub-projects worth $500 billion have been commissioned thus far, with the construction progress of this tranche of projects standing at 29 percent. So that tells us there is a lot more to come,” he told TRENDS.

Sub-cities like the OXAGON, Trojena, and The Line will set new standards for luxury living in the area. He said that about 30 percent of Saudi homeowners are willing to spend more than $800,000 on a second home in the kingdom in locations like Abha and Al Taif, where the weather is cooler and good for vacations.

Away from NEOM, as part of the 2030 vision, the US$ 20 billion Diriyah Gate is one of the Kingdom’s projects. The city-sized historic district of Diriyah will add 20,000 homes to Riyadh’s residential stock by the time it is completed in 2027. Knight Frank estimate that 46 percent of construction has been completed on the $5 billion spent so far.

In a recent survey of 1,000 households across Saudi Arabia, Diriyah Gate was named as the third most popular giga project amongst Saudi respondents as a place to own a home, behind the Red Sea Project (2nd) and NEOM (1st).

Riyadh itself is poised to undergo explosive growth, with the population projected to close in on 17 million by 2030, up from around 7.5 million today. To meet this ambitious growth target, the city has itself seen real estate projects worth US$ 104 billion unveiled over the last six years, with sustainability goals, green spaces, urban style, and well-being all taken into account.

According to Durrani, the majority of new jobs are being created in Riyadh. It is attracting many young Saudis from other cities, as well as international expats to work and live there. Thus, house prices are rising rapidly and currently stand some 26 percent higher than this time last year.

“So all of these factors indicate that the emphasis is on enhancing all aspects of life and the urban environment”.

The rivalry between Dubai and Saudi Arabia

Dubai is regarded as a world-class destination for tourists, expats, job seekers, and ultra-high net worth individuals. These individuals have decided that Dubai is a city where they would like to live, work, and purchase a second home.

When you consider Dubai as an international destination, it is because of the lifestyle options available. Beaches, nightlife, luxury residential areas, and the urban lifestyle appeal to international residents and investors. There are more and more buyers, which puts pressure on the rising prices. This explains why the prices in the real estate market in Dubai have increased by 70 percent in the last 12 months.,

Furthermore, the UAE government’s regulations in market transparency, data availability, and access to real-time real estate data, as well as the facilities provided to the private construction market sector, have played a significant role in the country’s transition over the last decade.

Comparing and competing between Saudi Arabia and Dubai today, according to Durrani, is unfair because the two cultures are not identical, and it took Dubai approximately fifty years to become what it is today.

However, he emphasized the Saudi government’s efforts to become a favorite destination in the region, an attractive investment destination for investors and developers, and to assist the private sector with the Giga projects.

“Saudi Arabia is on the road to becoming as much like Dubai as possible. The entire country is transforming in a way that Dubai was 50 years ahead of Saudi Arabia in its development, while Saudi is just beginning. Currently, the number of construction projects in Dubai is significantly lower than in Saudi Arabia, which is why we believe this market will soon become the largest construction site in the world.