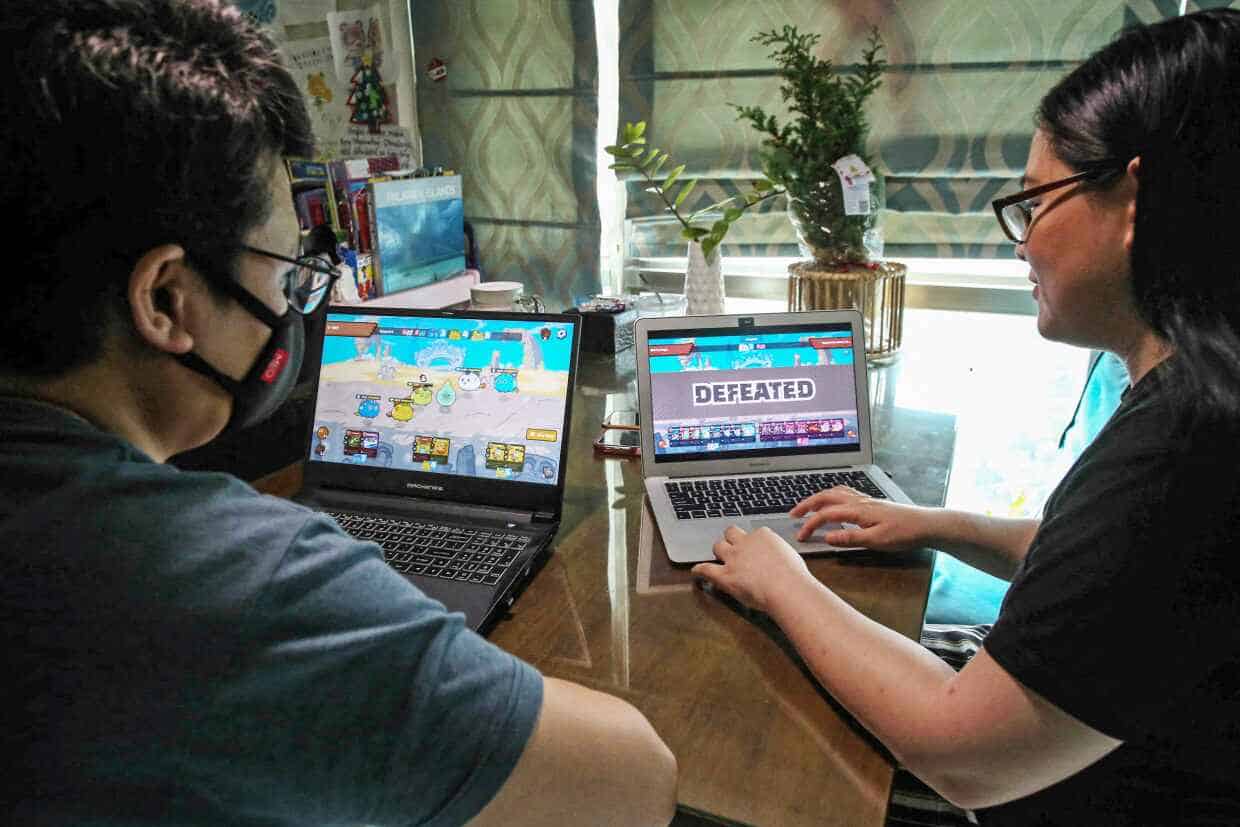 Couple Eugene and Ginger Arboleda give a demonstration on how to play Axie Infinity in Taguig. Image/AFP

Hackers stole cryptocurrency worth over $600 million from a digital ledger used by players of the popular online game Axie Infinity, in a major digital cash heist revealed on Tuesday.

Interest in cryptocurrency has boomed, along with its values, but the money has also become an attractive target for tech savvy thieves.

Ronin Network said the attack targeting its blockchain netted 173,600 ether and $25.5 million worth of stable coin, a digital asset pegged to the US dollar.

The haul was valued at $545 million when it was stolen on March 23, but was worth about $615 million based on prices Tuesday, making it one of largest thefts ever in the crypto world.

“Most of the hacked funds are still in the hacker’s wallet,” Ronin said in a post revealing the theft.

The team at Sky Mavis, maker of battle and trading game Axie Infinity, discovered the security breach on Tuesday after a user was unable to withdraw ether, according to the company.

Ronin was still investigating the hack, but said that hackers got hold of private “keys” to withdraw digital funds.

“We know trust needs to be earned and are using every resource at our disposal to deploy the most sophisticated security measures and processes to prevent future attacks,” Ronin said.

“We are working with law enforcement officials, forensic cryptographers, and our investors to make sure there is no loss of user funds.”

In Axie Infinity, players participate in battles using colorful blob-like Axies, and are mainly rewarded “Smooth Love Potion” (SLPs) that can be exchanged for cryptocurrency or cash or invested back into the game’s virtual world Lunacia.

About 35 percent of Axie Infinity traffic and the biggest share of its 2.5 million daily active users comes from the Philippines, where high proficiency in English, strong gaming culture, and widespread smartphone usage have fueled its popularity, according to Sky Mavis.

To play the game, players first have to purchase at least three Axies.

An Axie is an NFT — a unique, non-fungible token, with a particular set of abilities and characteristics. Like NFT pieces of art, they are stored on the blockchain a digital ledger that cannot be changed.

Axies can be bought, sold or rented to other players. Owners can also breed them to create new Axies that provide more value.