‘Hero’ Lebanon hostage-taker turns self in after bank drama 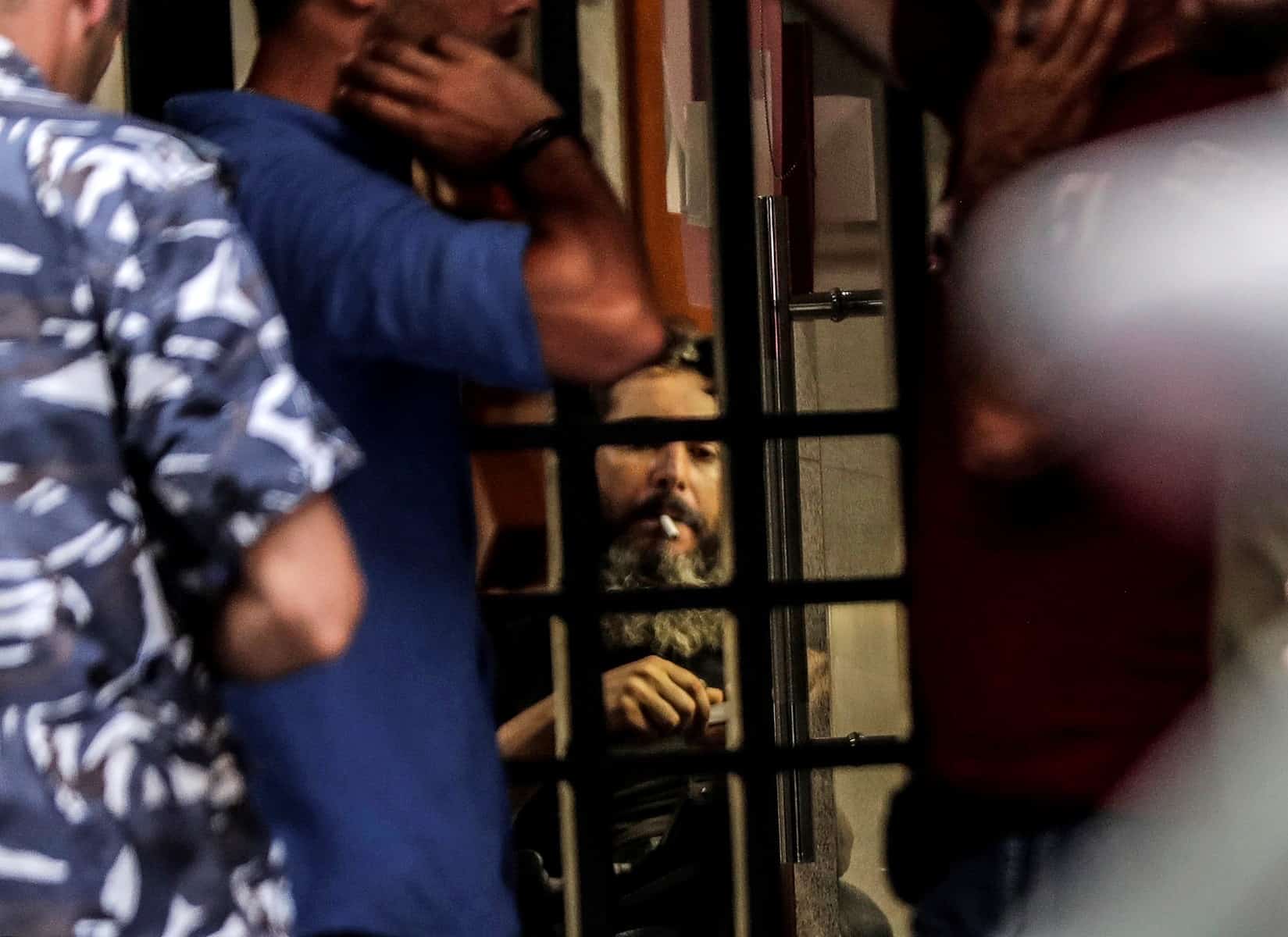 A man who security sources said is armed and holding hostages while demanding the return of his bank deposits, is seen through the door of the Federal Bank of Lebanon smoking a cigarette, in the capital Beirut's Hamra street, on August 11, 2022. (AFP)

By TRENDS Desk AFP
August 12, 2022 2:55 pm
Share
Bystanders hailed as a hero an armed customer who held bank staff hostage for hours Thursday in Lebanon because he couldn’t access funds frozen after the country’s economic collapse.
The suspect, identified only as Bassam, was armed with a rifle and had doused the interior of the bank with gasoline, security sources said.But after eight hours the standoff ended peacefully.

“Bassam you are a hero!” cheering bystanders chanted outside the bank.

The incident was the latest involving local banks and angry depositors unable to access savings that have been locked in Lebanese banks since the country’s economic crisis began in 2019.

Official media said the suspect turned himself in when the bank agreed to give him $30,000 out of his more than $200,000 in trapped savings.

An AFP correspondent at the scene saw hostages and the suspect being escorted away in police cars from the Federal Bank branch where the drama unfolded, near west Beirut’s commercial center of Hamra Street.

Protesters at the scene had chanted “down with the rule of the banks”, while others took to social media to express their support for the shaggy-bearded suspect wearing shorts and flip-flops.

Police could not immediately say whether the man would face charges.

The man had “a pump-action rifle and flammable material, and threatened employees to give him his savings,” a security source told AFP, requesting anonymity.

Another security source said a man in his 40s “poured gasoline all over the bank, and closed the bank’s front door, holding employees hostage”.

The man “threatened to set himself on fire and to kill everyone in the branch, pointing his weapon in the bank manager’s face”, NNA said.

He said he stormed the bank because his father “was admitted to hospital some time ago for an operation and could not pay for it”, NNA reported.

His brother Atef al-Cheikh Hussein told journalists: “My brother has $210,000 in the bank and wants to get just $5,500 to pay hospital bills.”

He said his brother had grabbed the weapon “from the bank and did not bring it with him”.

A cigarette, a rifle

A video circulating on social media in the morning showed two people negotiating with the armed man behind the bank’s metal door.

He replied angrily, wielding the rifle in one hand and a cigarette in the other.

Lebanon has been mired in an economic crisis for more than two years, since the market value of the local currency began to plummet and banks started to enforce draconian restrictions on foreign and local currency withdrawals.

“Depositors want their money, and unfortunately their anger explodes in the face of bank employees because they cannot reach the management.”

The local currency has lost more than 90 percent of its value since the onset of the crisis.

Inflation is rampant, electricity is scarce and, according to the United Nations, around 80 percent of Lebanese live in poverty.

Many Lebanese blame the country’s political elite, wealthy and aged figures entrenched for decades. They cite corruption and also blame the banking sector for the country’s economic collapse.

International donors say aid to the bankrupt country is conditional on reforms, which politicians have so far resisted.

“A depositor is not taking people hostage. It’s bank owners and their friends in the ruling militias who are taking an entire people hostage,” economist Jad Chaaban said on his Facebook page.