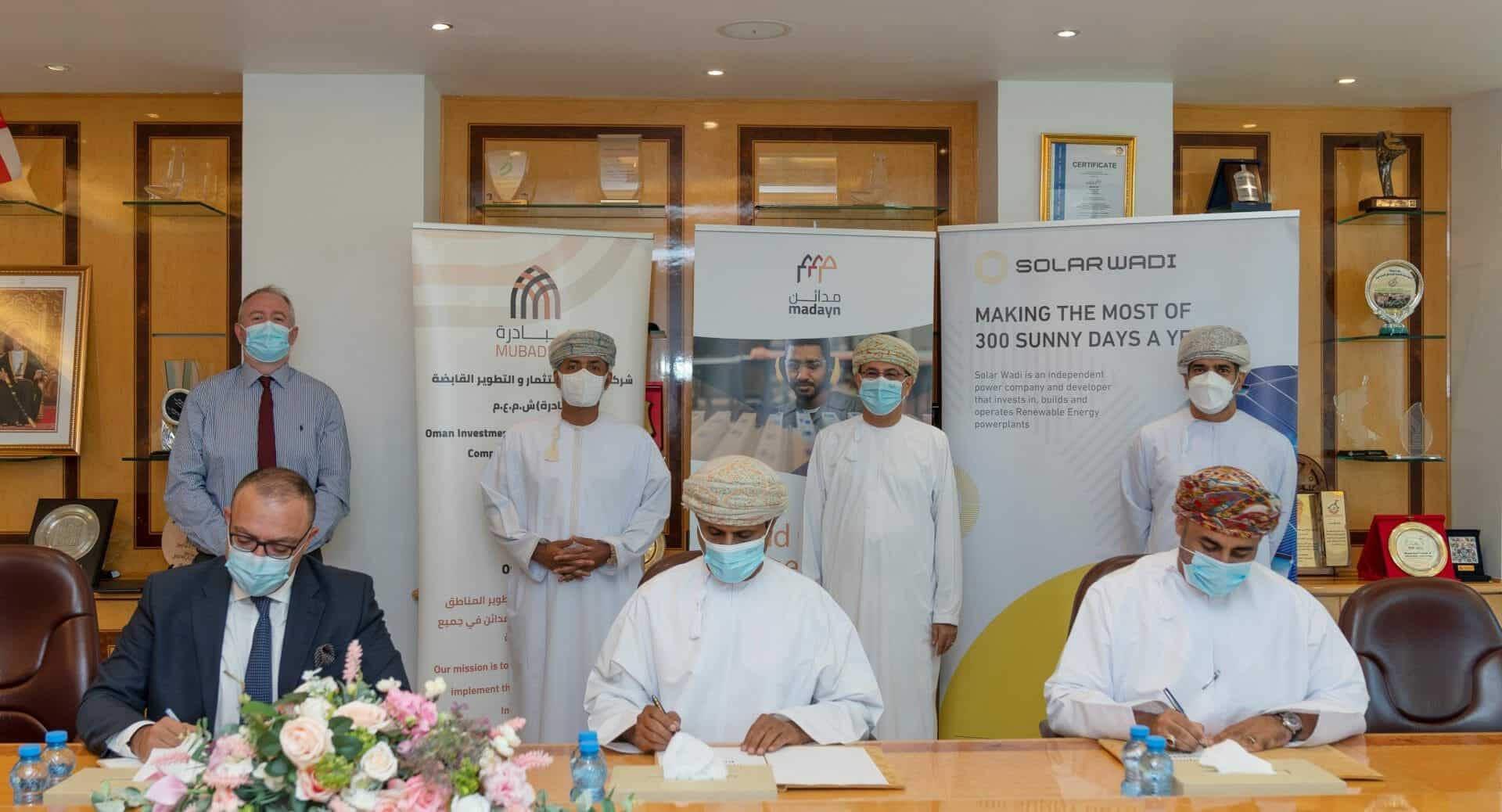 Madayn, Mubadrah, and Solar Wadi will build a solar farm in Oman.

Oman-based Public Establishment for Industrial Estates, also known as Madayn, has signed an agreement with Mubadrah and Solar Wadi to construct a solar farm in Suhar Industrial City in the country.

The 100MW solar PV farm is expected to be operational by next year, Madayn said in a statement on Tuesday, October 12.

The initiative is part of Madayn’s overall strategy to provide a significant portion of the energy needs of its tenants from a sustainable renewable energy source, in line with Oman Vision 2040’s sustainability goals, it said in the statement.

It is said to be part of the larger overall Madayn Renewable Energy Project initiative that is being undertaken to transform the way the electricity needs of all industrial cities and free zones under the Madayn umbrella are being met.

Commenting on the agreement, Al Lawati, CEO of Mubadrah, said the ultimate aim of this project was to provide all Madayn tenants with savings on their electricity cost while attracting investors to the development of the solar park.

It is also expected to help increase the competitiveness of all companies within Madayn industrial cities and free zones, which will consequently create a positive impact on their business operations and Oman’s economy as a whole.