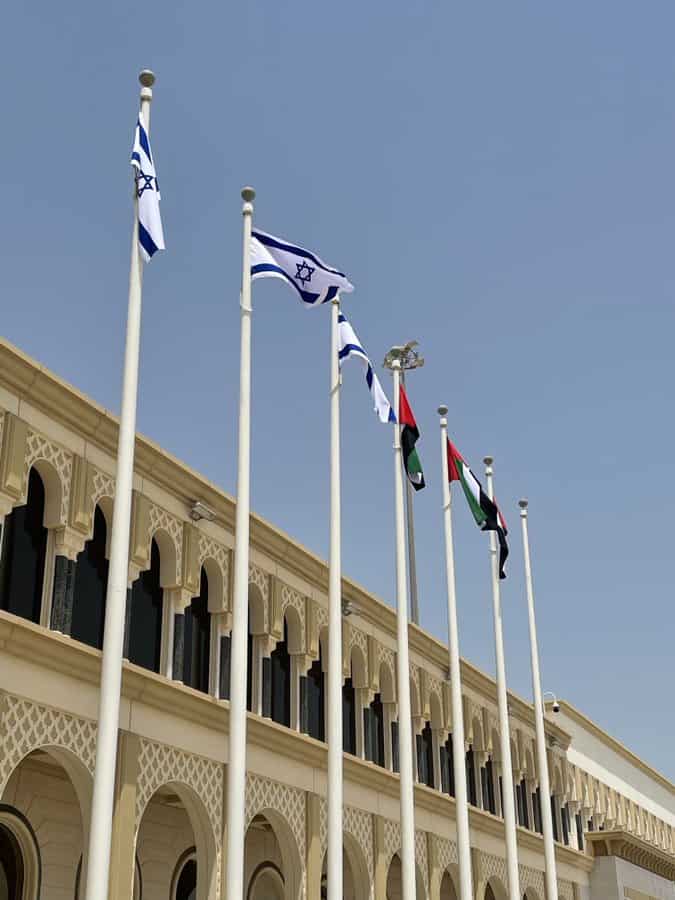 DUBAI: Israel’s top diplomat in Dubai has said he is hopeful a deal to ship Emirati oil will clear environmental hurdles as trade booms after the groundbreaking opening of ties.

Ilan Sztulman Starosta, who heads Israel’s first consulate in the UAE economic hub, told AFP that trade between the two countries would “easily” surpass $1 billion within a year if the Covid pandemic abates.

His assessment came despite Israel freezing the Gulf oil deal last month over fears that spills could threaten unique coral reefs in the Red Sea.

Environmentalists had voiced anger over the plan to ship Emirati crude to Israel’s Red Sea port of Eilat, and transport it via an ageing pipeline to Ashkelon on the Mediterranean coast for onward transport to Europe.

“Now it’s a technical environment issue, and the project was frozen because of fear that this pipeline, which is very old, is not well kept enough for the oil to pass through and there’s danger of leaks,” Sztulman Starosta said in an interview.

“The environment ministry froze the program. So now they went into a project to have professional people look at the pipeline and check what’s needed to make it foolproof.

“And eventually I hope that this is going to be open again because it’s a very good deal for both the Emirates and the state of Israel.”

However, he insisted “it won’t affect the relationship” with the United Arab Emirates if the flagship deal flounders.

Last year, the UAE broke with decades of Arab consensus that there should be no normalization of ties with Israel without a comprehensive and lasting peace with the Palestinians.

Following the US-brokered deal with the UAE, Israel normalized relations with Bahrain, Morocco and Sudan as well.

Israeli Foreign Minister Yair Lapid made a landmark visit to the UAE in July, opening an embassy in Abu Dhabi and a consulate in Dubai, while the UAE established an embassy in Tel Aviv.

“I’m being conservative, I think we might double the trade volume in one year, if Covid goes away,” he said.

“Because the potential is absolutely huge for both sides… I think we can very easily achieve this.”

About 200,000 Israelis have visited the UAE since the establishment of ties, Sztulman Starosta added, with an estimated 40 Israeli companies setting up in UAE free-trade zones.

People-to-people exchanges include the first two Emirati students to attend an Israeli university, and the birth of Sztulman Starosta’s own daughter in Dubai last month — the first Israeli born in the UAE since the Abraham Accords.

“Because we never had such a case, we don’t know how to register her properly,” he said.

“We don’t have the agreements to recognize (her), but this is one of the challenges that I like about it because she was born here in Dubai in a Dubai hospital treated by a Muslim doctor.

“This is the real peace happening, not just signing agreements.”