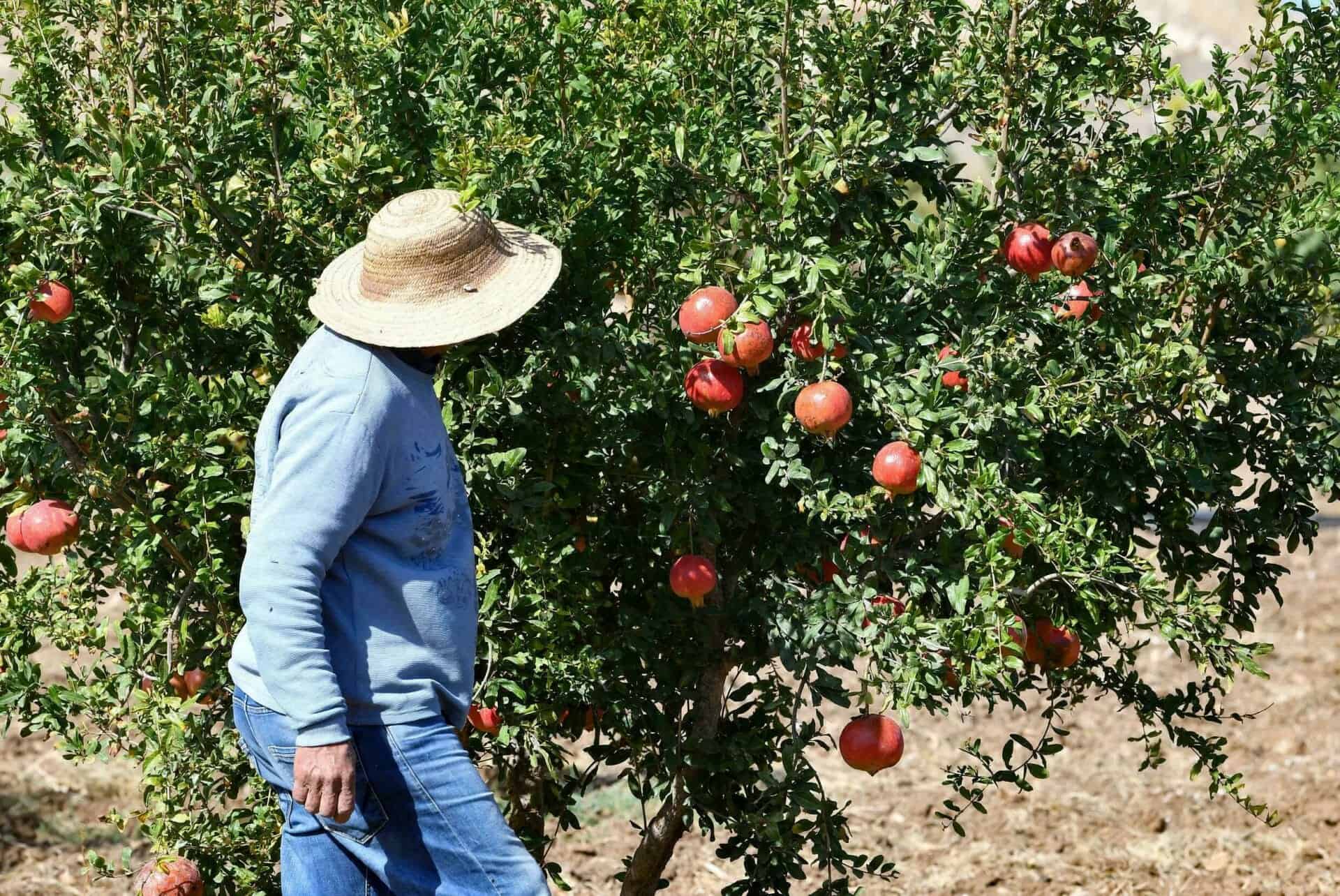 Out of 250 categories of organic products grown in Tunisia, around 60 are exported. AFP

Proudly displaying her freshly picked pomegranates, Tunisian farmer Sarah Shili says going organic is “the future of farming” — and as demand surges in North Africa and beyond, the sector is blooming.

The farm’s revenues have surged thanks to strong demand and the growth of online sales, multiplying five times in as many years to hit 100,000 euros in 2020.

That is despite the higher price of organic products in a middle-income country where many people’s wallets have been hit hard by the coronavirus pandemic and years of economic crisis.

Indeed, with export demand also on the rise, Shili says the main challenges are on the supply side.

“We lack water, like all farmers, and to get organic seeds and plants we have to do everything ourselves,” she told AFP.

Despite the challenges, the sector has surged in Tunisia since the turn of the millennium.

In 2001, just 16,000 hectares were dedicated to organic farming — a figure that has multiplied 20-fold over two decades.

The number of producers and vendors has grown at a similar pace to some 8,000, said Samia Maamer, in charge of organic products at the agriculture ministry.

Maamer said the sector has helped diversify the country’s economy and now makes up 13 percent of food exports.

Out of 250 categories of organic products grown in Tunisia, around 60 are exported — mainly olive oil but also dates, aromatic and medicinal plants as well as some vegetables and fruit.

Despite its small size, Tunisia ranks 30th in the world and first in Africa in terms of area certified for organic farming.

Maamer said that apart from its chronic water shortages, “the climate in Tunisia is very favorable” to the trade.

She added that only five percent of the country’s two million hectares of olive groves had been treated with pesticides, meaning the remainder could potentially win organic certification.

And due to the coronavirus pandemic, people began increasingly looking for organic products “because… they don’t contain (artificial) chemicals”, she added.

While there is strong demand in the US and Europe for bio products, they are also gaining attention among 25-30-year-old Tunisians “who are well-informed” about their benefits, she added.

As the market grows, Tunisia hopes that by 2030 the sector will contribute to help develop tourism, renewables and handicrafts, she said.

Bio-farming is also on the rise in Morocco, where the area of farmland certified for organic production has more than doubled since 2011 to reach over 10,300 hectares.

However, “that’s far behind the potential of a farming country like Morocco,” said Reda Tahiri, who heads a union for organic farmers.

The majority of the country’s olive, citrus and almond groves are in the southern area around Marrakech and near the capital Rabat in the north-west.

But given the country’s 300,000 hectares of aromatic and medicinal plants and the iconic argan tree, there is potential for going organic.

Moroccan authorities are trying to develop the sector with the Green Morocco Plan, which helps farmers cover the costs of getting certified.

For exports to the European Union to be labeled as organic, they must be inspected once a year by an EU-licenced certification agency.

Tahiri said certification for export to European or North American markets can cost up to 1,000 euros ($1,115) per hectare annually.

“So the total cost of production is higher than in conventional agriculture, but without the producer getting any guarantees of higher prices for the products,” he said.

As well as state help on these costs, Tahiri says that for the organics market to develop, “we need to raise awareness among consumers and ensure better profit margins for producers”.

Morocco’s agriculture ministry said it has prioritized organic agriculture and is hoping to reach 100,000 hectares of certified farmland by 2030, with 900,000 tonnes of produce per year — two-thirds of it for export.

By comparison, Algeria is trailing.

The semi-official economics and development think tank CREAD said that in 2013 just 1,200 hectares were being farmed organically.

Although there are no recent statistics, in the past few years some shops have been offering customers organic vegetable boxes delivered straight from small producers.