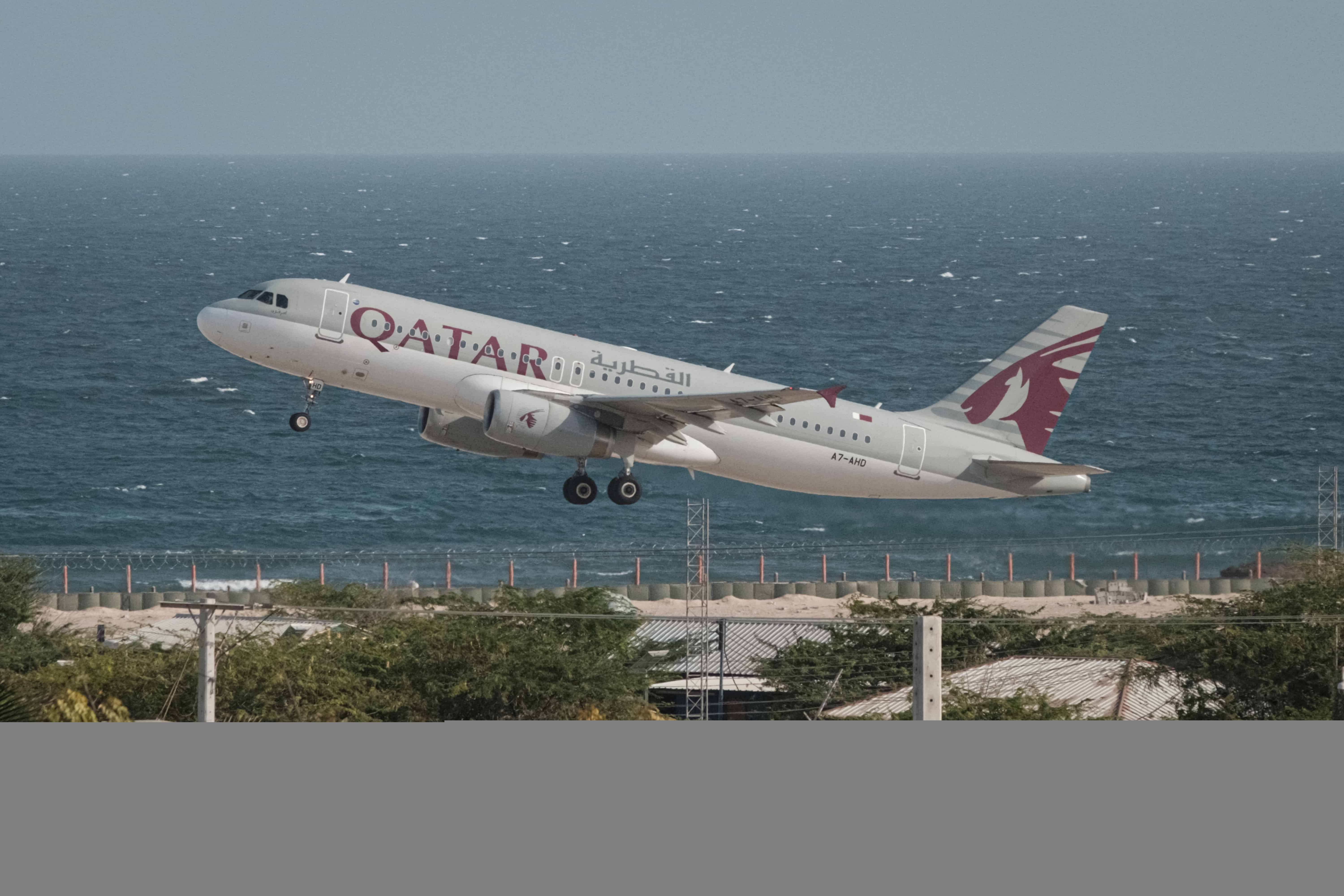 An airplane of Qatar Airways takes off from Aden Adde International Airport in Mogadishu, Somalia, on February 12, 2022. (Photo by YASUYOSHI CHIBA / AFP)

Qatar Airways has rejected Airbus’ claim of owing it $220 million in compensation for the rejected A350 aircraft.  The Gulf carrier said that by refusing to accept two of the wide-body jets from Airbus it has in any way breached its contract with Airbus.

It argues that Airbus has not provided clear guidelines on how it has arrived at the figure.

In response to this, Airbus has canceled orders for two A350s and a separate order of 50 smaller planes, A321s.

Qatar Airways contends that the EU’s Aviation Safety Agency has not undertaken extensive analysis regarding the matter.

The two companies have been locked in a months-long dispute over paint erosion and deterioration to anti-lightning protection on the long-haul jets, which Airbus has acknowledged need attention while insisting the problems do not put safety at risk.