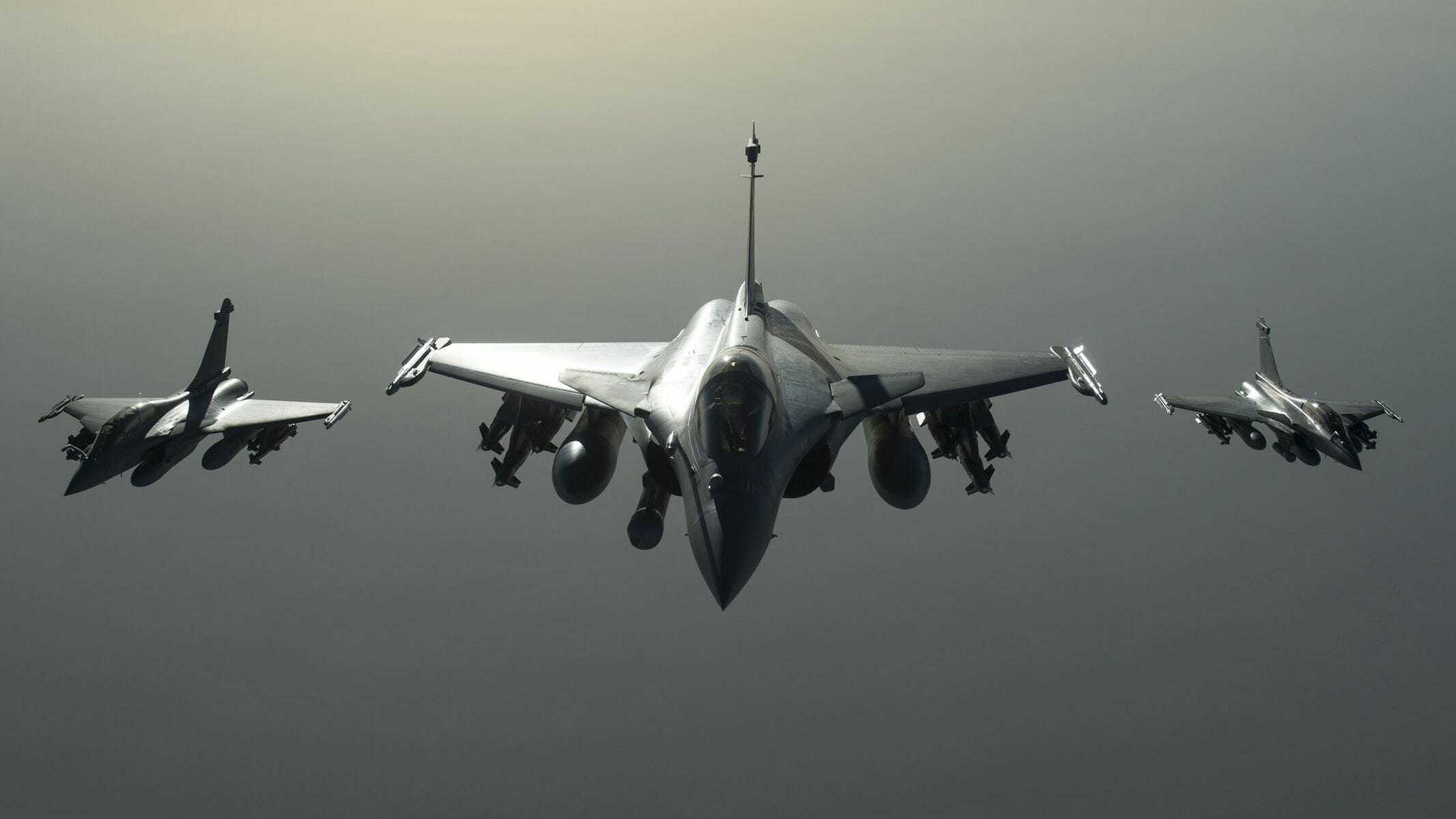 French Army Rafale fighter jets are seen in flight during an operation against Syria, in this handout photo distributed by the French Defense Audiovisial Communication and Production Unit (ECPAD) and realeased September 27, 2015. France said on Sunday it launched its first air strikes in Syria, destroying an Islamic State training camp in the east of the country to prevent the group from carrying out attacks against French interests and to protect Syrian civilians. The French Presisent said from New York that six fighter jets had destroyed their targets near Deir ez-Zor and that more operations could take place in coming weeks to protect France and Syrian civilians. REUTERS/ECPAD/Handout FOR EDITORIAL USE ONLY. NOT FOR SALE FOR MARKETING OR ADVERTISING CAMPAIGNS THIS IMAGE HAS BEEN SUPPLIED BY A THIRD PARTY. IT IS DISTRIBUTED, EXACTLY AS RECEIVED BY REUTERS, AS A SERVICE TO CLIENTS NO SALES

QEAF had ordered a total of 36 Rafale aircraft from Dassault Aviation in two tranches for around €7.1 billion ($8.38 billion by current exchange rates).

Then, in 2017, it ordered another 12 of the same aircraft from Dassault, in a deal that was valued at €1.1 billion (around $1.3 billion going by the current exchange rate).

The first of these aircraft arrived in 2019, and with these four, a total of 27 of the ordered jets have arrived from France, said the local reports. This means another nine remain to be delivered, they said.

QEAF Rafales are said to operate primarily from the recently constructed Tamim Air Base by the Al Adiyat squadron.

The French Air and Space Force conducted the initial training of QEAF personnel at a joint operation.

QEAF reportedly has the option to ordered another 36 Rafales from Dassault.

It has also ordered 36 Boeing F-15QA aircraft from the US, and is expected to receive delivery of the jets soon.