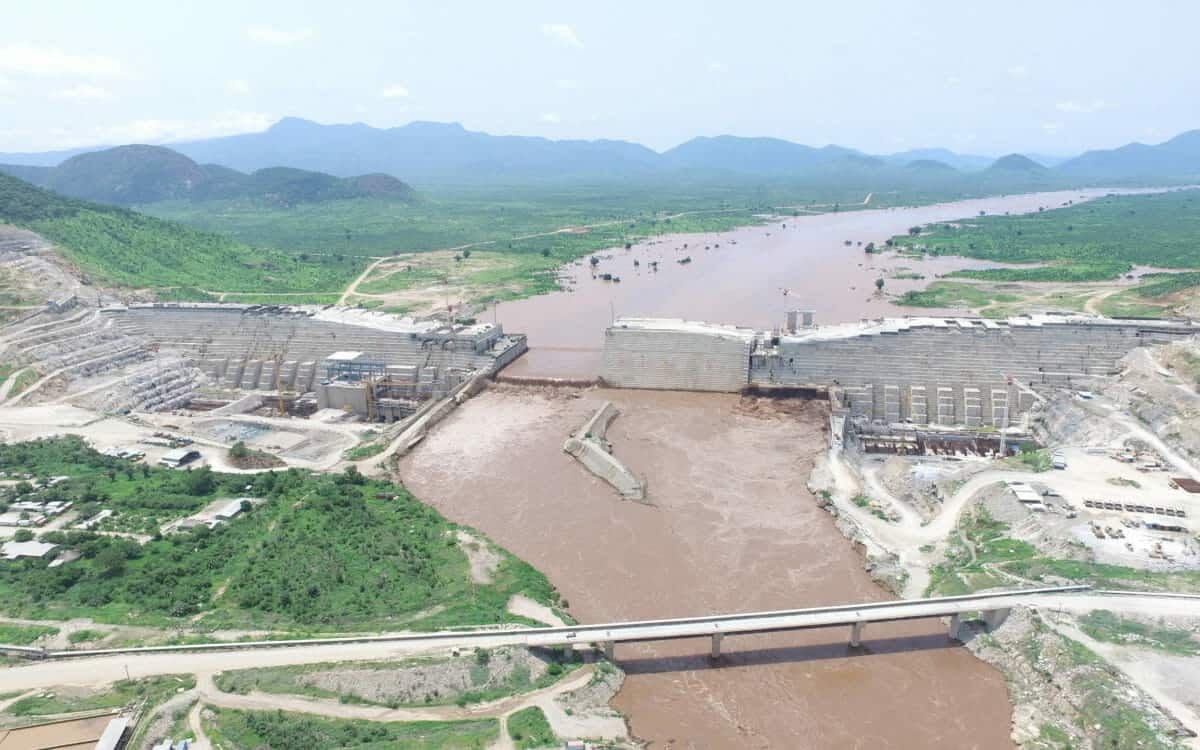 Ethiopia believes the dam will develop the country's economy and produce surplus energy.

The Ethiopian persistence on refusing to sign any binding agreement relating to the Grand Ethiopian Renaissance Dam, also known as Millennium Dam, has dashed hopes of a settlement with two other parties involved–Egypt and Sudan.

Ethiopia, which sees the massive project as a source of economic development, lifting the country out of poverty besides meeting the country’s electricity needs, has historically considered Egypt and Sudan as undermining its rights to the Nile River and, consequently, contributing to the country’s long-term poverty.

The construction on the US$4bn project was started in April 2011 and the dam was two-thirds built as of the beginning of 2020. The facility is expected to commence operations by the end of 2022.

Egypt considers the Ethiopian control of the dam without any agreements or constraints as a threat to the Egyptian people’s existence.

Moreover, fears are growing regarding the loss of Egypt’s already sparse agricultural land and the reduction of drinking water quotas, as Egypt relies on the Nile River for more than 90 percent of its water in everyday life and activities.

On the other hand, Sudan is worried that the Roseires dam, one of the country’s most important sources of irrigation and energy generation, will be harmed by a shortage of water resources coming via Ethiopia and the projected impacts on the agricultural sector.

The Egyptian-Ethiopian Nile dispute goes back to the Anglo-Egyptian Treaty of 1929, of which the Ethiopians were not a party.

Khartoum and Cairo signed their own Nile River agreement in 1959, three years after Sudan gained independence from Anglo-Egyptian rule.

The Anglo-Egyptian Treaty was enshrined in the 1959 agreement, which included changes that benefited both countries, such as raising Egypt’s guaranteed yearly share of water to 55.5 billion cu m (bcm) and Sudan’s to 18.5 bcm.

Ethiopia and other stakeholder countries were not consulted in the second agreement too. As a result, Addis Ababa believed that the 1929 treaty and the 1959 agreement do not take into account its water needs, even though the Blue Nile, which originates through its highlands, and the Atbara River supply the main river with 80 percent of the water that flows into Sudan and Egypt.

Ethiopia did not contact Egypt or Sudan before constructing the Renaissance Dam project believing the issue to be clear and related to the Ethiopian independence.

The Egyptian authorities, for their part, are fully aware that the Blue Nile is the principal source of water that supplies the Nile River and provides the country with the most considerable amount of water. As a result, the Addis Ababa measures were seen as a wake-up call for Cairo.

Egypt initially opposed the dam, claiming that the Anglo-Egyptian Treaty allowed it the right to reject such projects, but in 2012, it modified its tone and showed some flexibility. The same year, Egypt, Ethiopia, and Sudan agreed to appoint a team of international specialists to investigate the dam’s potential consequences.

The three parties signed the Declaration of Principles in Khartoum in March 2015. Under its terms, Ethiopia was required to carry out the recommendations of the International Committee of Experts, which many observers saw as a step toward the conclusion of a more detailed agreement between the three countries. But Ethiopia reverted to its previous position and refused to allow the impact assessment to proceed.

With the start of the rainy season, Ethiopia is preparing to begin the second phase of filling the massive dam by pumping about 13.5 bcm, which will have severe economic and social consequences for Egypt and Sudan in the medium and long term.

Upon commissioning of all 16 generating units, the 6GW Grand Renaissance hydroelectric power station is expected to generate approximately 15,000GWh of electricity a year. In addition, Ethiopia will save US$580m by selling about 2,000MW of excess electricity to neighboring countries.

According to Ethiopian officials, the dam will aid in the development of major agricultural projects and fishing activities, as well as the growth of the local economy, promotion of a new commercial network near the region, the creation of job opportunities, and the expansion and diversification of food supply for the local population.

Sudan’s stand on the Renaissance Dam remained “neutral” between Egypt and Ethiopia until mid-2020, with the emphasis on the dam’s positive effects on the Sudanese economy, its role in regulating the Nile’s flow throughout the year and preventing floods, and thus the diversity of agricultural cycles, and the provision of cheap electricity.

However, in recent months, Khartoum changed its stance on the lines of Egypt’s position in favor of signing a binding agreement with Ethiopia before filling the dam. In addition, there have been voices raising concerns about the dam’s structure and the risks it poses to Sudan, confirming that a decrease in the level of Nile water flowing into Sudan may damage the country more than Egypt, considering Egypt’s large reserve around the Aswan Dam.

Egypt’s entire reliance on Nile waters makes it most vulnerable, with some estimates saying the deficit caused by the Renaissance Dam will be hard to compensate with its current resources.

The short filling of the Renaissance Dam (three years) scenario might result in an annual water deficit of almost 31 bcm, accounting for around 40 percent of Egypt’s existing water budget and reducing the current agricultural area by 72 percent.

Agricultural GDP will fall from US$91bn to about US$40bn. This will also result in an 8 percent drop in per capita GDP and an 11 percent increase in unemployment rates over present levels.

However, if the seven years scenario for the Renaissance Dam filling process is adopted, there will still be an annual deficit of 10 bcm. If we combine this projected loss with the current shortage of 18bcm per year, Egypt’s water budget will be almost halved.

In the middle of unofficial talks in Egypt about the possibility of a military strike on the dam, the US and the European Union issued warnings against any such action, calling for a peaceful political solution between Cairo, Khartoum, and Addis Ababa through African Union-sponsored talks.

Meanwhile, various practical solutions can be used to address the potential water shortage situation that Egypt may experience, including: