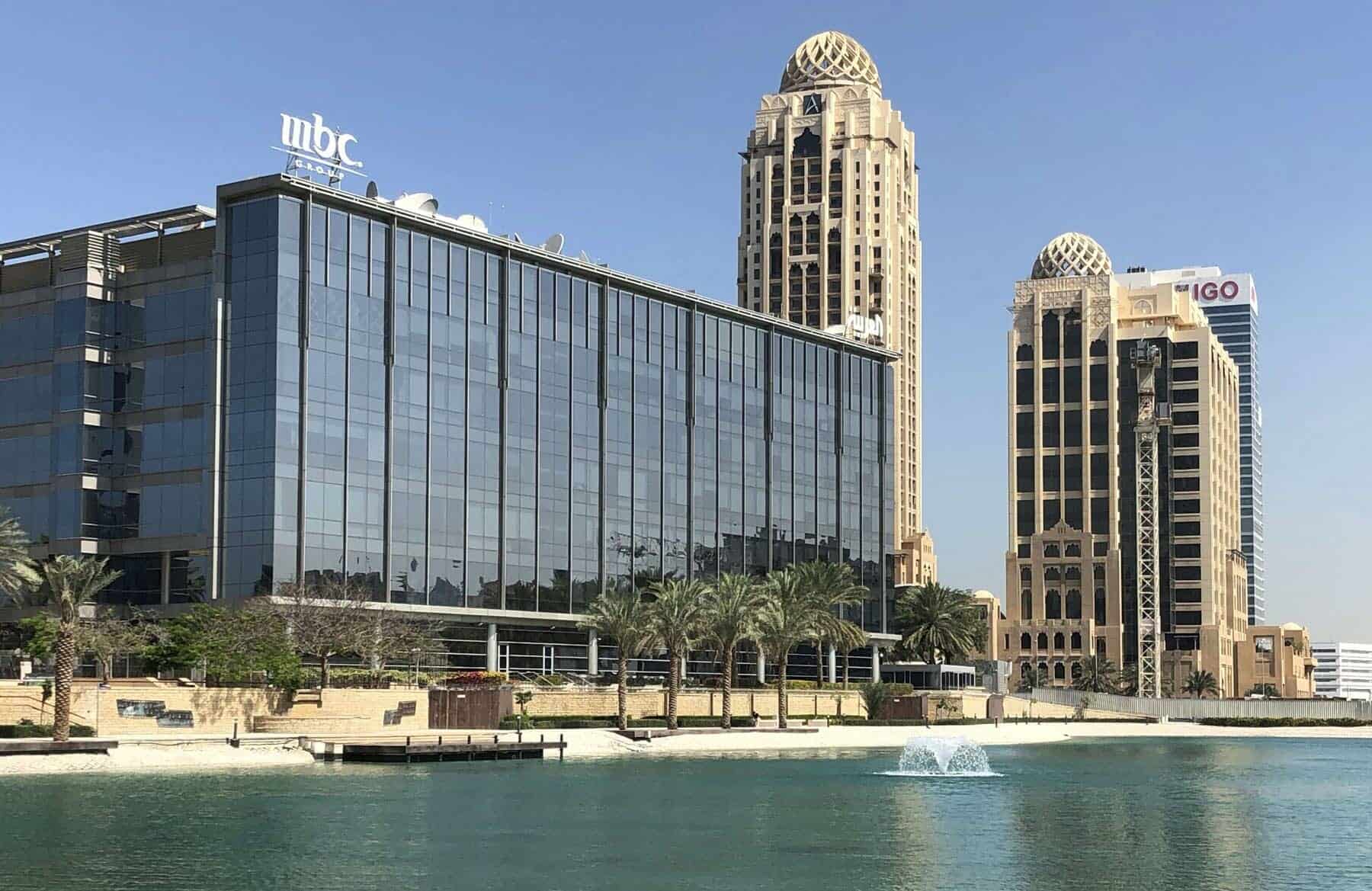 Saudi government’s decision to decline contracts to companies that do not have their regional headquarters in Riyadh beginning 2024 is among the reasons for the two Saudi Arabia’s media houses to relocate their main offices to the capital city of the Kingdom.

The decision to construct a Saudi media city was announced in 2016 but the Saudi government’s “Vision 2030” reforms program hastened the shifting of the regional headquarters of multinational firms before COVID-19 surfaced last year.

The media city is coming up on an area of 60,000 sq m at Al Safarat (Diplomatic Quarter) in Riyadh with all production facilities and will house around 1,000 offices initially. The government plans to attract media houses in the region as well as from other parts of the world to set up their units.

Prominent media houses that have announced plans to move their base from Dubai to Riyadh include the state-owned Al Arabiya and its sister channel Al Hadath owned by the MBC Group and the recently-launched Asharq news channel, which is owned by Saudi Research and Media Group.

The MBC Group, the largest media company in the Middle East, was established in Britain in 1991 and moved to Dubai in 2002. It has several television and radio channels besides dozens of news websites, all based in Dubai Media City.

However, Saudi Arabia took ownership of a majority stake in MBC Group when authorities launched a massive drive against corruption in 2018. “The plan to move to Riyadh was announced in February 2020 and it is going in the right direction,” the company said.

Asharq news channel is based in Riyadh but its activities are carried out mostly from Dubai. However, the other three media groups have their offices in Dubai Media City, which is home to hundreds of media organizations from around the world.

The relocation is expected to take place in three phases. In the first stage, it will start by linking Riyadh studios with those in the Media Production City in Dubai.

In the second stage, the broadcast timings from Riyadh will be increased to 12 hours a day while the transmission and full broadcast will be from Saudi Arabia in the last stage. All this will be completed in the next two years.

The MBC Group in a statement sent to Reuters in February 2020,  revealed its intention to establish a new headquarters in Riyadh which would involve creating a business and production hub. “Our plans are on track,” the statement said.

Even Asharq News said that Riyadh was the main hub for the network operations, with regional offices, including in Dubai.

The MBC Group (Middle East Broadcasting Centre) and the Saudi Research and Media Group have signed an agreement with Saudi Culture Minister Prince Badr bin Farhan in February 2020 that they would be a part of the intended Media City in Riyadh.

MBC Group is compared with AT&T’s Warner Media, home of CNN, and Rupert Murdoch’s News Corporation. It has 18 satellite channels sending out news, films, music, and other programs for its large audience in the MENA region.

The MBC Group launched its 24-hour news channel Al Arabiya to report on the US-led invasion of Iraq in 2003 and became popular with its breaking and exclusive reports.

After Saudi Arabia extended its hand of friendship to Iraq in later years, MBC launched MBC Iraq, a variety channel specifically targeting the audience in Iraq.

The Saudi Arabian government launched Project HQ and made it clear that no contracts will be given to the companies and commercial institutions if they are not based in Saudi Arabia after 2024.

Being the largest economy in the Middle East with several large-scale “Vision 2030” projects in the pipeline, it was aimed to draw Dubai-based companies towards Saudi Arabia.

The US companies such as Greenbrier, Bechtel, and CSG have all announced that their regional headquarters will be in Riyadh. Even Chevron and Google have confirmed expansion plans in the country.

Though Saudi Arabia is the largest economy in the region, only a few companies have their base in the country while most of their revenues are generated locally. Hence the Saudi business circles feel that their government was right in encouraging foreign firms to have their offices in Riyadh.

Project HQ also aims to increase FDI from 3.8 percent to 5.7 percent of GDP by 2030 and increase private sector contributions to the economy from 40 percent to 65 percent over the same period.