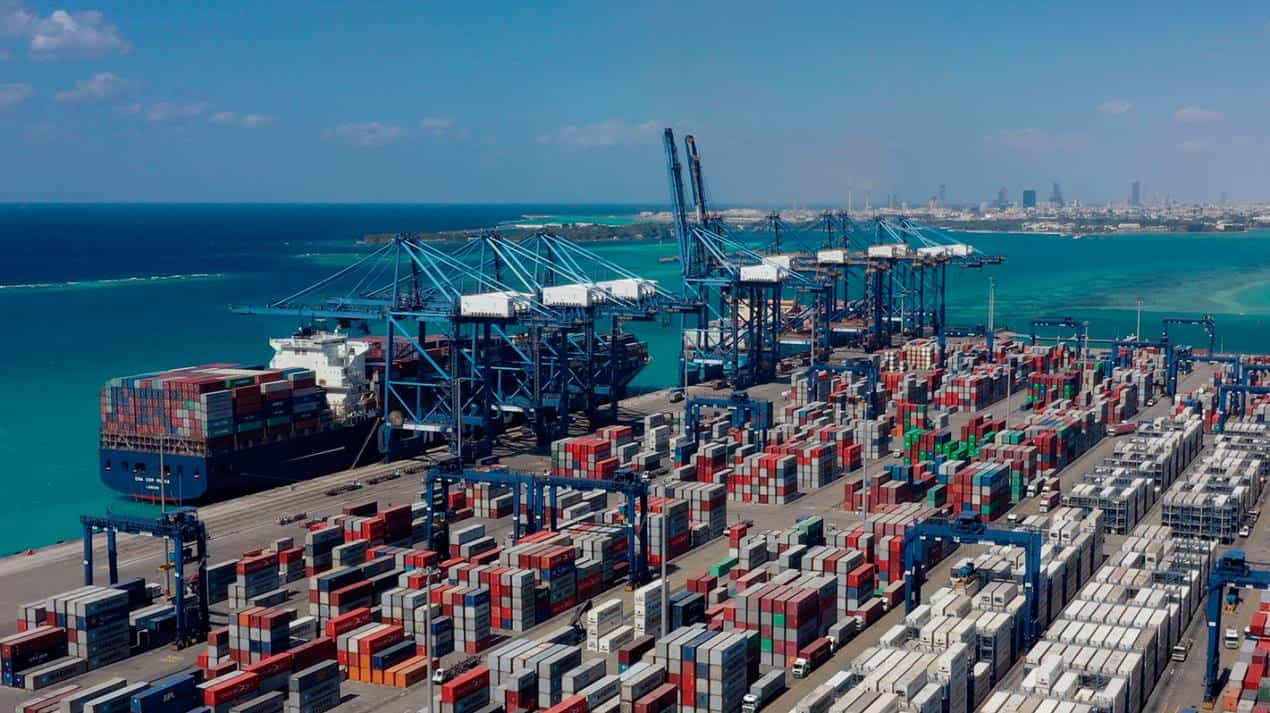 Saudi Arabia exported to 170 countries in the first half.

DUBAI: Saudi Arabia’s non-oil economy further expanded at the start of the third quarter and output grew at a sharp pace, underlined by a robust increase in new business inflows, according to the latest Purchasing Manager’s index (PMI) report by IHS Markit, a London-based research firm.

The IHS Markit survey report, however, said the staff levels rose only fractionally in July as firms continued to signal an excess of business capacity despite rising sales.

Employment prospects were also harmed by a drop in future output expectations to the joint-weakest for more than a year.

Also, the headline seasonally adjusted IHS Markit Saudi Arabia PMI fell for the first time in four months to 55.8 in July, from 56.4 in June. The downgrade was driven by weaker growth in output, new orders and employment compared to the previous month.

“Nevertheless, the reading pointed to a strong improvement in operating conditions that extended the current run of growth to 11 months,” it said.

Output in the non-oil sector maintained a sharp pace of expansion in July, despite slowing for the second month running.

Nearly 27 percent of surveyed businesses reported an increase in activity, linked to strengthening client demand and a loosening of pandemic-related measures.

While slipping from June’s five-month high, the speed of new order growth was also marked in July. Rising demand from domestic and overseas clients supported the upturn, which some firms linked to competitive pricing strategies.

On the flip side to these largely positive findings, the report said, jobs data reflected a less favorable view of the non-oil sector in July. Hiring growth weakened to a fractional pace, as only small proportion of firms reported needing additional staff.

In addition, backlogs were reduced solidly, suggesting a wide gap between demand and full capacity in spite of a sharp increase in new orders in recent months.

Surveyed companies were also less optimistic that activity would rise over the following year. Only 10 percent of firms provided a positive forecast, while around 87 percent forecast no-change. This brought overall business expectations to the joint-lowest since June 2020.

Though modest overall, the rise in average output charges at non-oil companies accelerated to the fastest since November 2020. Firms widely mentioned that this was due to higher sales and rising prices for raw materials and fuel.

Higher raw material costs were often attributed to ongoing global supply shortages during July. As a result, overall input prices continued to rise, although the pace of inflation slowed to the softest recorded since March.

He said employment growth slowed to only a marginal pace, suggesting that many companies still have little need for new hires in spite of a sharp rebound in new orders. Also, backlogs of work fell at the second-quickest pace for a year, adding further evidence that businesses have yet to reach pre-pandemic levels of capacity utilization.

“Sustained rises in demand should help the economy move closer to full capacity over the second half of the year. However, a drop in business expectations to its joint weakest since June 2020 illustrated growing doubts that this will be a smooth ride,” Owen said.