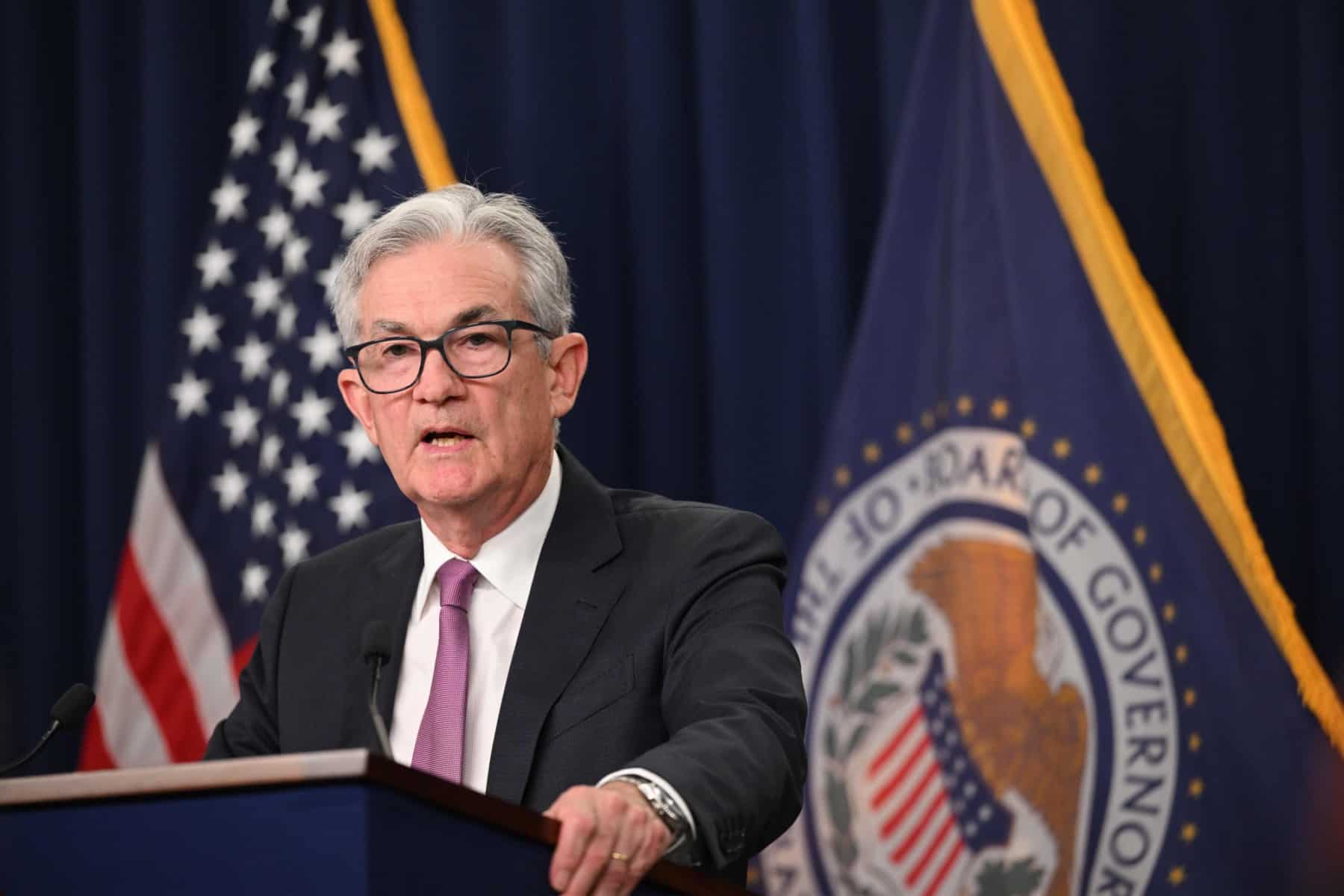 Federal Reserve Board Chairman Jerome Powell said that the fight against inflation is not over. (AFP)

Stock slumped on Friday after Federal Reserve boss Jerome Powell pledged to act “forcefully” against soaring inflation in a battle that will be painful for American families and businesses.

The Fed has been on an aggressive campaign to raise interest rates – and Powell made it clear at the Jackson Hole gathering of global monetary policymakers that the fight against inflation is not over.

“Restoring price stability will take some time and requires using our tools forcefully to bring demand and supply into better balance,” he told the gathering, held against the backdrop of the majestic Grand Teton mountains.

Modest signs of slowing in the world’s largest economy and easing price pressures spurred hope in financial markets that the central bank might ease up on its aggressive interest rate hikes, and perhaps even start to reverse course next year.

But Powell doused those hopes, making it clear that Fed policy and the benchmark borrowing rate would have to remain “sufficiently restrictive” to return inflation to its two percent target.

“While higher interest rates, slower growth, and softer labor market conditions will bring down inflation, they will also bring some pain to households and businesses,” Powell said.

“But a failure to restore price stability would mean far greater pain.”

Wall Street stocks moved higher as Powell wrapped up his speech, perhaps because he indicated the jury was out on making a third straight 0.75 percentage point hike in interest rates in September.

But then they promptly slid lower, with the Dow, S&P 500 and Nasdaq Composite all dropping more than one percent.

Sentiment had been boosted ahead of Powell’s speech by the latest readings of the US personal consumption expenditures price index, the Fed’s preferred yardstick for inflation, which dipped 0.1 percent in July from June, and slowed to 6.3 percent from 6.8 percent on an annual basis.

European equities also saw losses deepen after Powell’s speech, but stocks had been struggling after signs that energy prices are likely to keep fueling inflation.

Sentiment in London had been dented by news that UK domestic energy bills will rocket even higher this year on surging wholesale gas prices as Britain’s cost-of-living crisis worsens.

Frankfurt and Paris stocks retreated amid fears of a eurozone energy crunch in the coming peak-demand winter as Russia curbs supplies.

But German and French electricity futures prices soared to new records that are at least 10 times above last year.

Elsewhere, Asia was buoyed by signs of progress in talks between US and Chinese regulators that could see tech titans including Alibaba and JD.com avoid a delisting in New York.

More than 200 Chinese firms have for months had the threat of a New York delisting hanging over them as they are caught in a wide-ranging row between the world’s two biggest economies.