When asked about an effective recipe of a successful economic diversification, economists and business experts put forward Malaysia as an example. The country found a niche in certain business sectors and moved away from its traditional strengths, such as agriculture and commodities.

“GDP per capita is now higher than in a number of OECD economies, while poverty and income inequality have declined considerably. Growth has also been remarkably resilient in the face of external shocks. Going forward, the Malaysian government’s 11th Malaysia Plan (2016-20) emphasizes the need for greater inclusiveness,” says the IMF.

“Continued, gradual fiscal consolidation is a key policy priority, building on earlier energy and food subsidy rationalization and on the introduction of a goods and services tax. So are continued, prudent monetary and financial policies. Further reforms are needed for Malaysia to become a high-income nation [by approximately] 2020: productivity growth needs to be reinvigorated through various structural reforms, while growth needs to become more inclusive,” IMF points out.

For the oil-rich countries in the Middle East, talks in government and business circles to reduce the share of oil exports in the nations’ GDPs have been going on for decades.

However, the global downturn triggered by the US subprime crisis and the past few years of low international crude prices have brought about a moment of serious reckoning for the oil-dependent economies.

The 15-year oil rally, when prices in 2011-2013 reached their highest levels in the post-Second World War era, came to an abrupt end in late 2014, prompting various oil-dependent economies to take a serious look at their future growth strategies.

Saudi Arabia, one of the largest oil producers in the world, encountered a nearly 15 percent budget deficit in 2015, as opposed to a 30 percent budget surplus in 2008. In the 2016, the budget deficit as a percentage of the GDP was 17.3 percent, according to government figures, and the IMF estimates that the deficit for 2017 would be somewhere between 17 and 18 percent.

The road to growth is certainly challenging and also the economic diversification drive to boost the non-oil sectors is not new.

Cullen S Hendrix, a non-resident senior fellow at the Peterson Institute of International Economics and also a professor at University of Denver, says the Kingdom of Saudi Arabia had economic diversification as a central goal on most of its five-year economic plans since 1970. Recently, Hendrix wrote a research paper indicating what could be different this time in terms of the country’s economic diversification plans.

He writes: “In 2016, Saudi Deputy Crown Prince Mohammad bin Salman announced an ambitious $72 billion plan (on top of an estimated $2 trillion in infrastructure investment) for a National Transformation Program that includes privatization of state-owned enterprises, increased public-private partnerships and even unprecedented consumption taxes.”

Countries have time and again moved away from their major sources of income. Both Malaysia and India are good examples.

Like Malaysia, India too was an agriculture-based economy, but focused on the IT and services sectors to diversify its revenue streams.

In the research paper, Hendrix presents the case of oil-rich economies, saying that the most obvious reason to diversify an oil economy is the boom-and-bust nature of oil and gas revenues, which are determined largely by global prices that are increasingly out of the hands of any actor – or subset of actors – to manage.

“As prices fluctuate, there are concomitant effects for export revenues and government finance. For most oil exporters, oil prices are essentially the only important determinants of the relative prices of their exports and imports, with net terms of trade correlating quite strongly with crude oil prices. Similarly, government revenues in oil-dependent states can vary widely,” writes Hendrix, quoting a joint study of the World Bank and British Petroleum.

A country’s economy cannot be left at the mercy of the global oil-price movement, which not only depends on seasonal demand, but also relies heavily on the political developments in the major economies around the world.

Hence, economic sustainability is one of the favorite phrases within the corridors of power in the Arabian Gulf economies, especially in Saudi Arabia, owing to the large size of its economy.

According to Hendrix, a more diversified economy implies more diversified exports and a more diverse tax base less susceptible to the vagaries of international commodity markets. After being a tax-free society, Saudi Arabia rolled out a few tax or fee measures targeting expatriate workers starting July 2017.

In a tax alert, global firm Ernst & Young (EY) notes that all foreign nationals in Saudi Arabia who are sponsoring dependents will have to pay a monthly fee of $27 per dependent in 2017. This fee, which includes the individual’s wife, children, parents or house workers, would gradually increase to $54 in 2018, $80 in 2019 and $107 in 2020.

Economists in the region and beyond hailed the new tax regime proposed by the Saudi government and say the expatriate dependent fee and the new corporate tax structure are the beginning of a more sophisticated overall national tax regime.

The IMF, which works and advises member governments, held a meeting recently with Saudi government officials and some business leaders. The international organization released a document, shared with TRENDS, that makes observations and recommendations to boost Saudi Arabia’s diversification drive.

The Fund commended Saudi authorities’ progress in implementing their ambitious reform agenda and emphasized that proper calibration and sequencing of the reforms will be crucial to their future success.

The Saudi government’s initiatives on fiscal reforms are a step in the right direction. Most IMF directors noted that Saudi Arabia has the fiscal space to allow a more gradual consolidation than that envisaged in the Fiscal Balance Program. Some of them cautioned, however, that back-loading adjustment could incur risks.

Also, the IMF emphasizes the importance of establishing an effective and efficient tax system, which started with the recent implementation of excises on tobacco and carbonated/energy drinks. The Saudi Arabia government also plans to introduce VAT (value-added tax) at the beginning of 2018.

Also, the IMF directors welcomed the authorities’ plan for further energy price reforms. They emphasized the importance of ensuring that the reforms are equitable, and supported the planned household allowance to cushion the impact of the price increases on low-and middle-income households.

A number of IMF directors saw scope for a more gradual phasing of price increases to allow households and businesses more time to adjust.

The IMF in its report supports the planned public expenditure review and has emphasized the importance of gradually reducing the wage bill, strengthening of the social safety nets and continuing to improve the efficiency of capital spending.

On the private sector front, the IMF says Saudi Arabia has made a good progress in identifying and removing obstacles to private sector growth by intensive consultation with the business community. The IMF directors welcomed the authorities’ privatization and public-private partnership plans, and cautioned them to guard against fiscal risks.

On employment, the IMF directors said that increasing the employment of Saudi nationals in the private sector is essential and stressed the importance of strengthening education and training. They also noted that clear communication of the limited prospects for future public-sector employment would incentivize nationals to look for private sector work. The IMF has also stressed on further steps to boost female labor force participation and employment.

Amid the measures to diversify the economy, the IMF has suggested that the exchange rate peg to the US dollar remains appropriate, given the structure of the Saudi economy, emphasizing that continued fiscal adjustment is crucial to support the peg.

Apart from all of the structural economic measures, the kingdom is also taking steps to reduce the cost of production of goods. As the government is pushing for the growth of the manufacturing and infrastructure sectors, which will help increase employment and productivity, there is a challenge in reducing costs.

Most of the big industries use oil-powered energy and sustainability efforts in Saudi Arabia to power its factories, projects and manufacturing plants with clean energy will surely reduce the cost of production in the long term. This will eventually make Saudi-produced goods and services more competitive in the regional and also in the international markets, further diversifying revenue streams of the oil-rich economy. 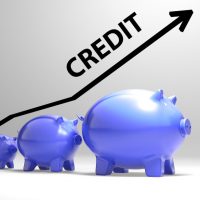 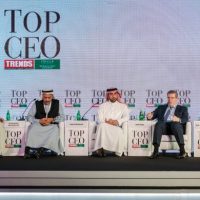 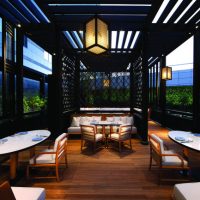 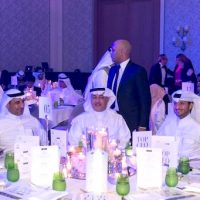 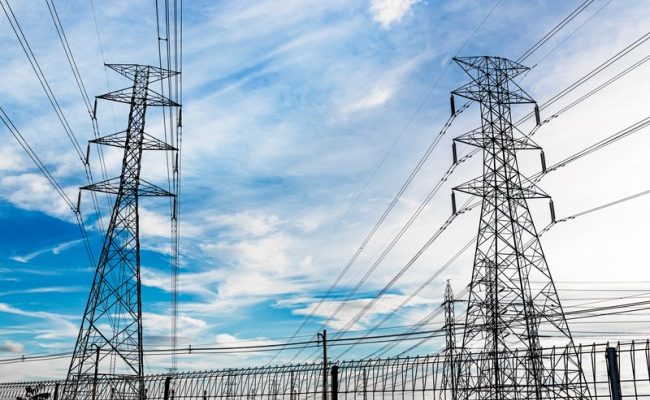 With one of the biggest power reserve margins in the GCC, Qatar is able to keep up with growing demand for power and water as...