UAE and KSA: Competing for a real estate pie 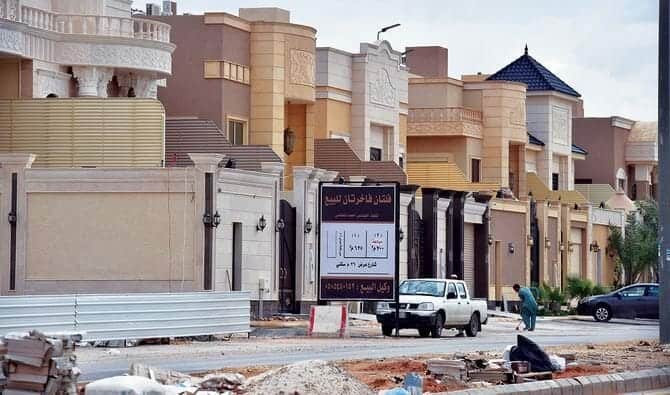 Investors are showing a keen interest in real estate in the Arabian Gulf, especially in light of the significant projects that governments are launching to develop and diversify their revenue streams.

In this context, it comes as no surprise that projects associated with the Saudi Arabian government’s “Vision 2030” initiative helped boost the real estate sector’s growth and profits despite the economic effects of the COVID-19 pandemic.

Residential unit prices in the Gulf countries are expected to fall in 2021, according to an assessment released by Knight Frank, an independent real estate consultancy.

Abu Dhabi was ranked 71st in the Prime International Residential Index “PIRI 100” for 2020, which annually assesses the growth in the prices of housing units across 100 cities worldwide compared to the previous year.

Despite the global economic slowdown caused by the COVID-19 pandemic, the UAE’s real estate sector grew in 2020, according to data collected from the three largest real estate Emirati companies: Emaar, Emaar Development, and Aldar Properties.

Total revenues were estimated at around US$10.3m, and sales of real estate projects valued at around US$1.6bn in net profits in 2020. In addition, several of them declared generous cash dividends to shareholders.

Emaar Properties’ total revenue was US$5.3bn in 2020, its net profit was US$712m, and the value of its real estate sales from completed projects increased to US$2.9bn.

On the other hand, Damac Properties, publicly traded on the Dubai Financial Market, reduced its losses by 24.8 percent in 2021 H1 to US$79m, down from US$105m in the same period last year.

A growing sector in Saudi Arabia

According to Saudi Arabia’s real estate market experts, between the Q2 2021 and the same quarter of 2020, prices for villas went up by 0.4 percent, which caused an increase in home prices.

The General Authority for Statistics in Saudi Arabia issued a report that states that commercial and agricultural real estate prices each declined by 0.2 percent due to the reported 0.5 percent decrease in commercial real estate. Residential real estate financing saw a significant increase in value in 2020, rising 84 percent to a total of US$36.2bn.

The International Monetary Fund (IMF) has praised the country’s housing initiatives in the past, including their contribution to increasing the homeownership rate from 59 percent to 62 percent and building 334,000 new housing units by 2020.

In addition, according to the Fund, the “Sakani” program provided beneficiaries of Saudi families with low-cost mortgages of up to US$133,000 with the support of regular dividend payments, which made it possible for them to purchase a property.

The report states that by 2020, as the housing market has finally recovered from the decline experienced over the past two years, there will be continued stability in real estate prices.

As a result, progress has been made on several procedures, such as building permits and the exemption of the first house from the real estate transaction tax, as long as the purchase price is no more than US$ 266,000. The increase in the percentage of Saudi families owning homes was partially due to these measures.

Andalusia Real Estate Company’s net sales were US$27m for H1 2021  a 40 percent increase from the last year, and its profits rose 563 percent to reach US$10m. As a result of the rise in total earnings due  to increase in total revenues, the company recorded profits of US$5.1m in Q2 2021 compared with a loss of US$1.7m in the same period last year.

Additionally, the company revealed in a statement to Saudi Tadawul that its revenues grew by 66 percent to US$13.9m, while in Q2 2020, they amounted to US$84m. About 70 percent of the total value of real estate deals concluded in the GCC in H1 2021 involved contributions from Saudi Arabia and the UAE.

A report issued by KAMCO Research claims that Saudi Arabia provided around 44 percent of the total value of deals throughout the Middle East and North Africa (MENA) in the first half of 2021, while the UAE was responsible for creating approximately 26 percent of the region’s transaction value over the same period.