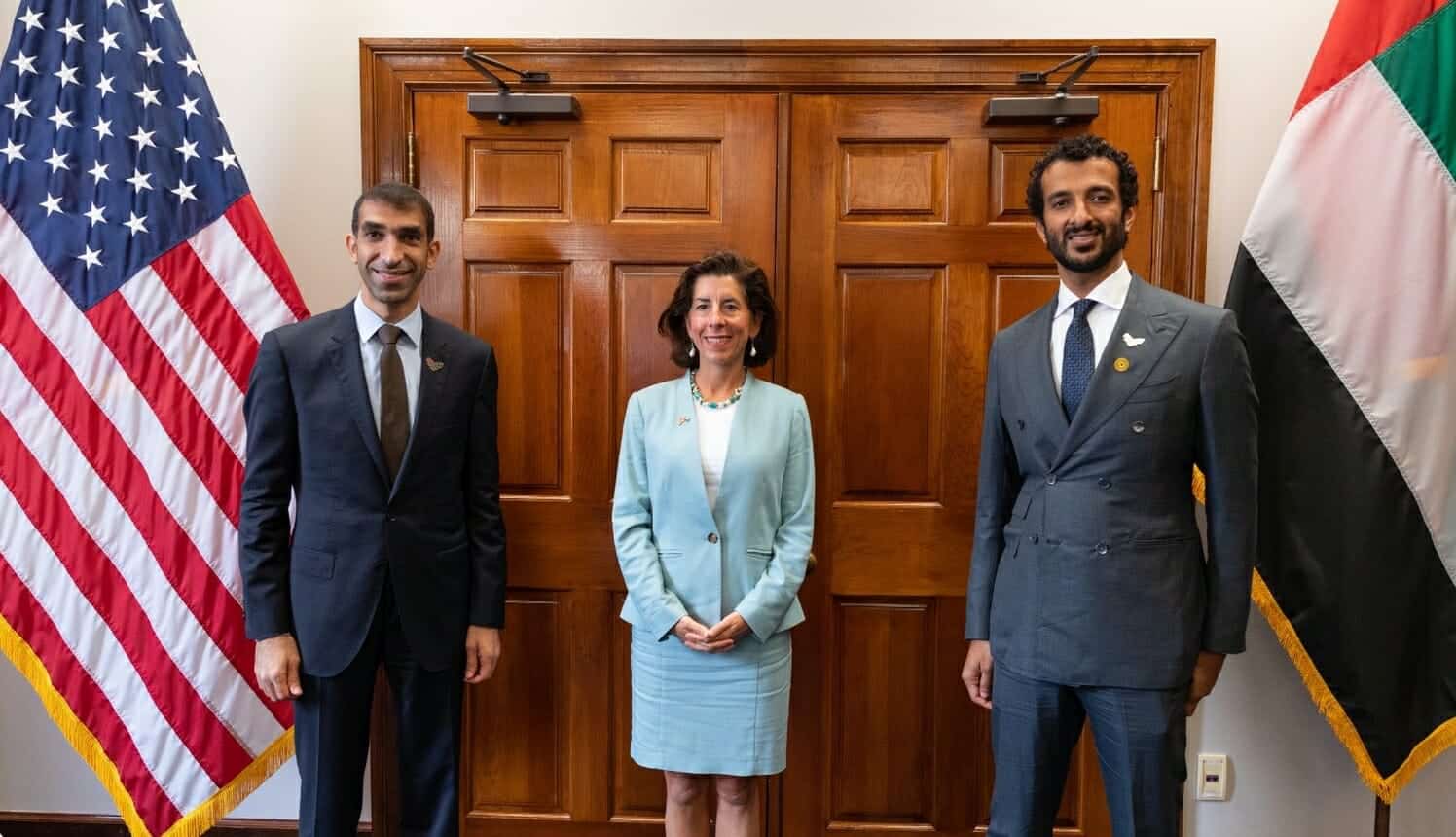 Delegations from the United States and the United Arab Emirates have met and charted ways to increase business cooperation.

Two delegations from the United States and the United Arab Emirates have met and charted ways to increase business cooperation, local reports have said.

The most prominent members of the delegation from the UAE side were UAE Minister of Economy Abdullah bin Touq Al Marri and Minister of State for Foreign Trade Thani bin Ahmed Al Zeyoudi.

They met US Secretary of Commerce Gina M Raimondo, in the presence of Abu Dhabi Department of Economic Development Chairman Mohammed Ali Al Shorafa Al Hammadi and several officials from both countries.

This MoU seeks to strengthen cooperation in areas of digital economy, innovation, and entrepreneurship.

It is also said to aim at developing a strategic partnership between the two countries and enhancing the position of the UAE as a preferred trade destination.

As part of the agreement, the two sides are expected to develop an integrated mechanism for coordination between stakeholders at the governmental and private sectors, to exchange expertise and knowledge, intensify dialogue, transfer technology, and share best practices and policies in the target areas.

They also reviewed ways of promoting cooperation between entrepreneurs and small and medium-sized projects in the two countries, said the local reports.