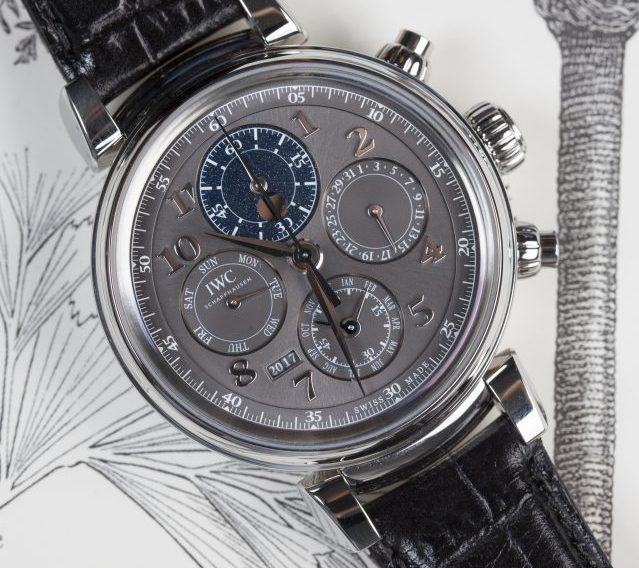 The Da Vinci Perpetual Calendar Chronograph is the first model in IWC’s history to combine a chronograph from the 89000 calibre family with the perpetual calendar’s moon phase display in a sub-dial at “12 o’clock”. To achieve this, both the moon and the shadow of the earth are depicted on a single disc and rotate beneath an aperture in the lower part of the sub-dial.

Together with the other three displays, this new function creates a harmonious unit on the dial of the 43-millimeter watch. The Da Vinci Perpetual Calendar Chronograph is available in two versions: 18-carat red gold and stainless steel.

“Poor is the pupil who does not surpass his master,” Leonardo da Vinci supposedly said to the man who taught him his craft. These words were also at the back of the minds of IWC’s engineers as they set about redeveloping the perpetual calendar created by IWC master watchmaker and inventor Kurt Klaus.

While creating the 89630 calibre, IWC’s present-day master watchmakers constantly re­ferred back to the old design blueprints that were their source of inspiration. But there was a significant challenge, as the moon phase in the IWC-manufactured 52610 calibre normally used for the perpetual calendar is located at “12 o’clock”.

If the chronograph’s hour and minute coun­ters were to be placed there, the hands would go straight through the centre of the moon phase disc. The 89360 chronograph calibre, on the other hand, had no room for a moon phase. As a result, the engineers designed the 89630 calibre, combining the dual counters of the chrono­graph with the moon phase mechanism and displaying them on a single sub-dial.

Modern timepiece with a balanced design

Combined with the large lugs of the moving horns, they create an impression of overall har­mony. Despite the many displays, the dial remains clear and uncluttered because the designers chose dark blue as the color for the chronograph moon phase totalizer at ’12 o’clock’. This firmly distinguishes it from the dial and three sub-dials of the red gold version and the stainless steel model, which are silver-plated and slate-colored, respectively. 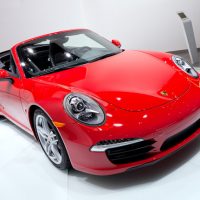 In a tough market, Porsche gives the thrust 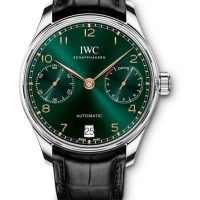 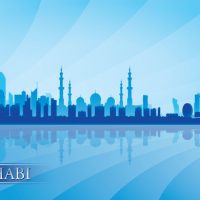 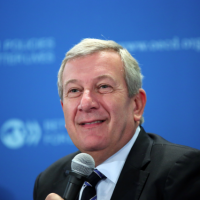 Clearing the road ahead 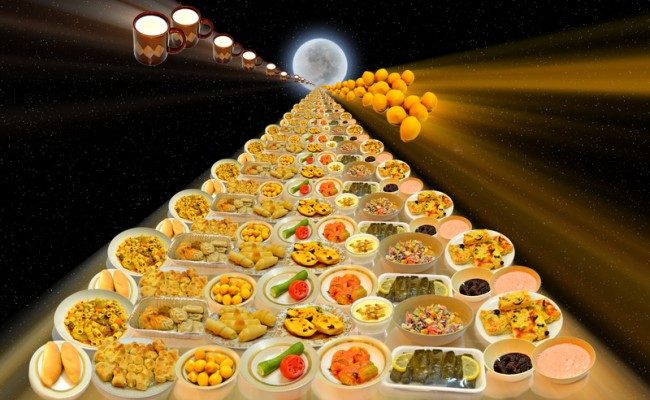 The online food ordering phenomenon is catching up fast in Saudi Arabia, and the pent-up demand for online food delivery in the Kingdom will continue...