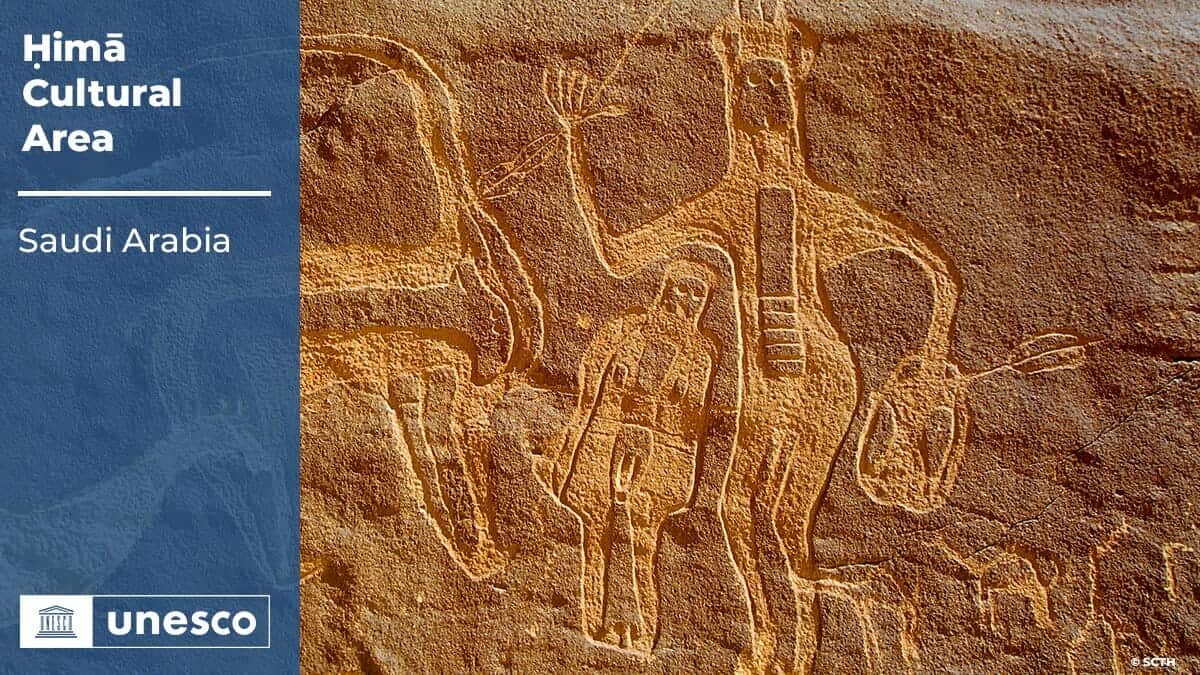 Riyadh – Saudi Arabia’s Cultural Rock Arts in Himã Najrãn has been officially recognized by UNESCO as a World Heritage Site.

Home to one of the largest rock art complexes in the world, the site was enlisted during the 44th session of the World Heritage Committee in Fuzho, China.

Located in Najran, in southwestern Saudi Arabia, Hima was a conduit for caravans on the trade and Hajj routes going to and from the southern parts of Arabia, to the ancient world markets of Arabia, Mesopotamia, the Levant and Egypt. People who passed through the area between pre- and post-historic times have left behind a substantial collection of rock art depicting hunting, wildlife, plants, symbols, and tools used at the time, as well as thousands of inscriptions written in several ancient scripts, including Musnad, Thamudic, Nabataean and early Arabic.

The wells date back more than 3000 years and were considered a vital source of fresh water in the vast desert of Najran. They still serve freshwater to this day.

Dr. Jasir Alherbish, CEO of the Heritage Commission, was quoted by the local media as saying that the area has outstanding universal value, providing many lessons about the evolution of human culture and life in ancient times.

“We are working to preserve the area and conduct research to further understand the rock inscriptions, and are looking forward to welcoming more local and international visitors to come and see this historic cultural site for themselves,” he said.

Last year, the Commission announced one of the Kingdom’s most ground-breaking discoveries – ancient human and animal footprints, dating back more than 120,000 years, in Tabuk, marking the first evidence of human life on the Arabian Peninsula.

The Kingdom has also taken serious measures toward protecting national and international heritage. In 2019, the Ministry of Culture signed a Memorandum of Understating with UNESCO to contribute $25 million to the organization’s strategy for the preservation of heritage worldwide.