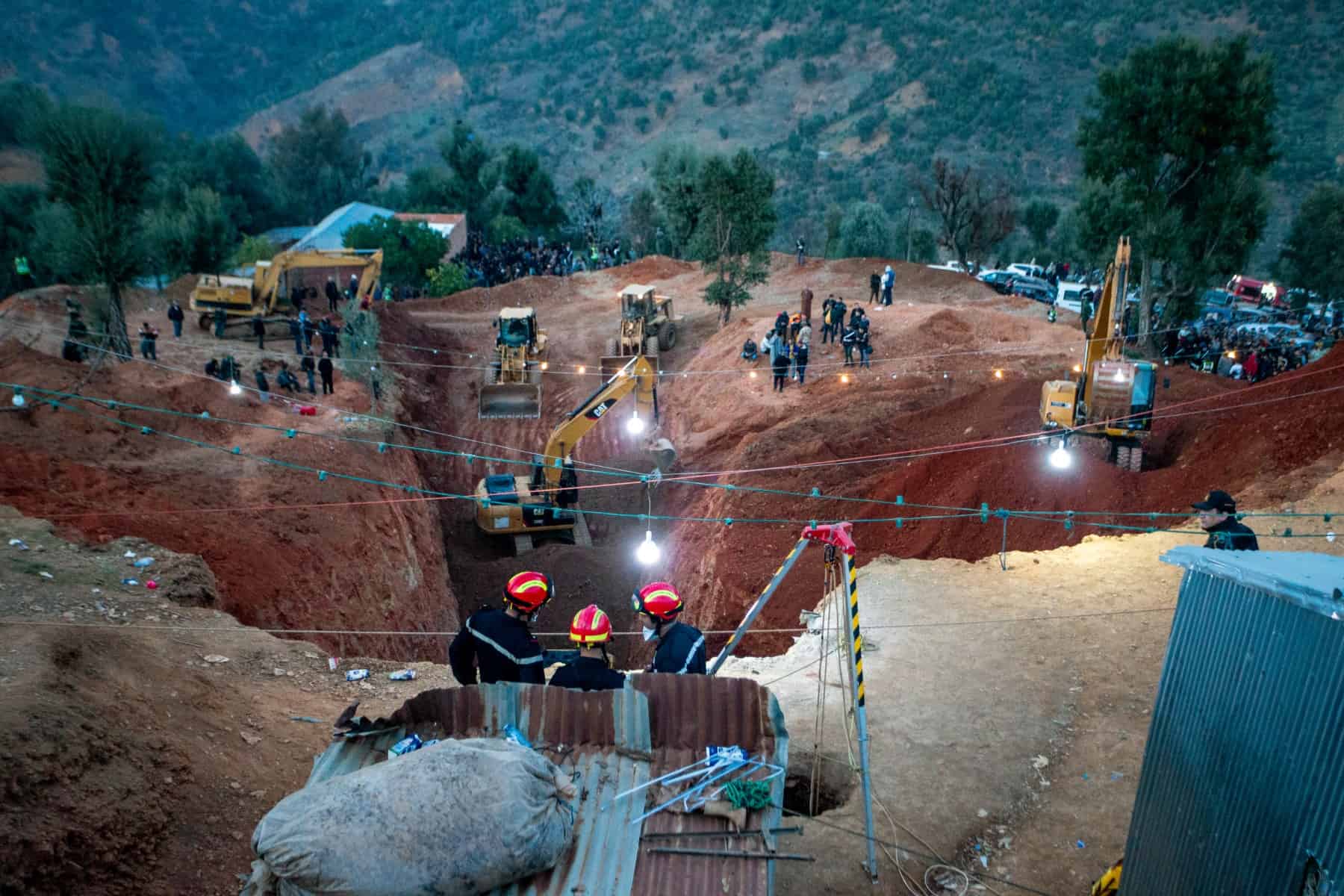 Moroccan authorities and firefighters work to rescue five-year-old boy Rayan, who is trapped in a deep well for over two days, near Bab Berred in Morocco's rural northern province of Chefchaouen on February 3, 2022. - Moroccans waited anxiously as authorities said a dramatic operation to rescue a young boy trapped in a deep well for more than 40 hours was nearing its end. (Photo by - / AFP)

Saudi Arabia has said it filled and fortified thousands of abandoned wells across the country, after the tragic death of a boy in Morocco following failed rescue efforts.

Five-year-old Rayan, who spent five days trapped down a well, was laid to rest on Monday in his village of Ighrane in Morocco’s Rif mountains.

“It continues to work to fill in the rest of the exposed wells,” it said.

The ministry also called on residents to report any unsafe or uncovered wells, saying: “Your reports will protect you and others.”

Rayan fell down a narrow, 32-metre (100-foot) dry well last Tuesday, sparking a complex earth-moving operation to try to extract him without triggering a landslide.

But the rescue operation ended in tragedy on Saturday, with Morocco’s royal palace announcing his death.

On Monday, hundreds stood to mourn in a cemetery in the remote forested hills of the Chefchaouen region of Morocco, a few kilometers from the site of the accident.