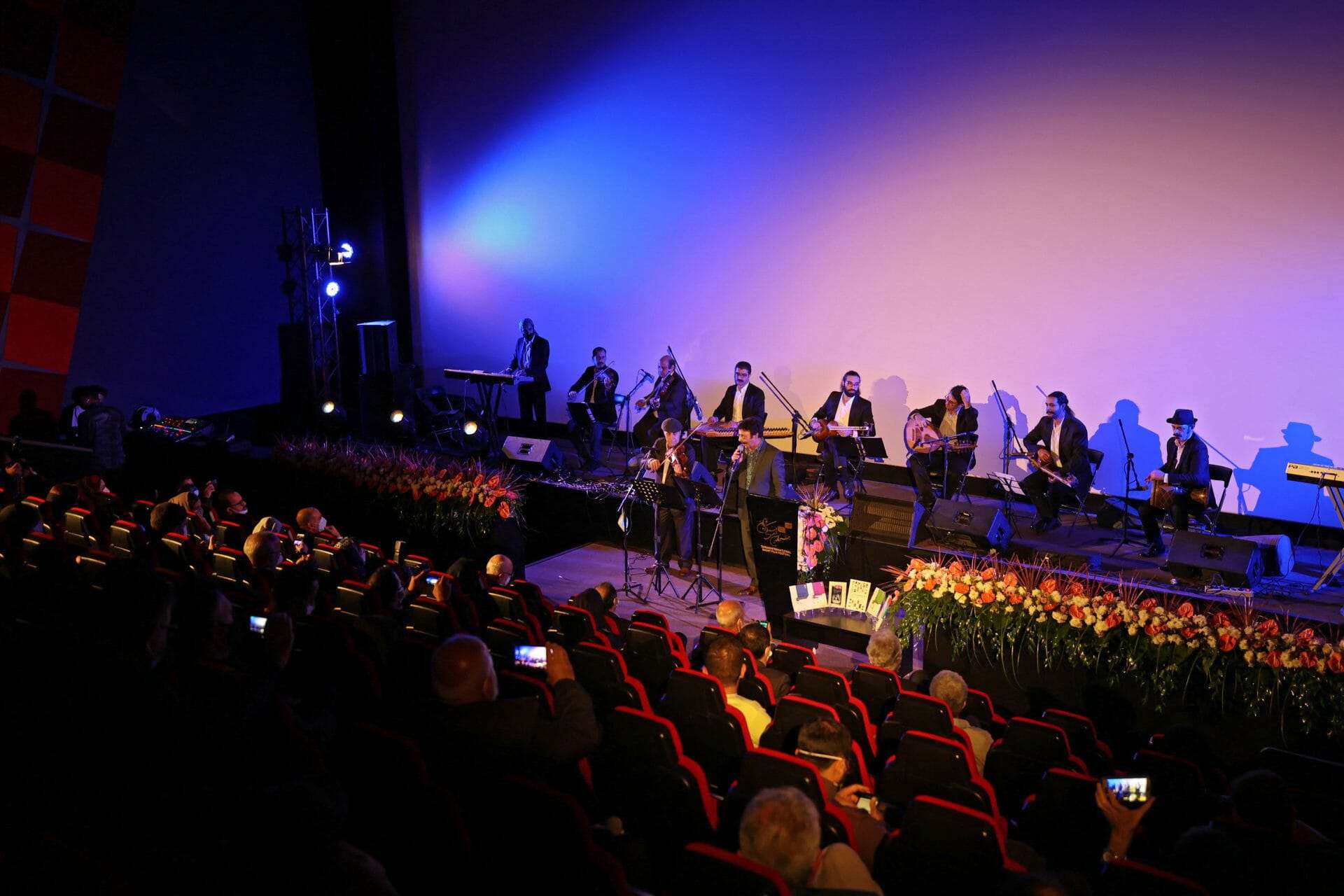 Iranians attend a concert on the opening day of the Tehran International Short Film Festival. AFP.

Tehran’s International Short Film Festival opened this week, for the first time as an Oscar-qualifying event, giving winning entries a shot at an Academy Award.

The festival jury has members from the Islamic republic as well as Italy, Japan, France and Austria.

The festival, now in its 38th edition and running until Sunday, earned qualification this year as a gateway to Hollywood’s annual awards showcase.

The designation came despite high tensions between Washington and Tehran, which have had no diplomatic relations since 1979, before the festival began.

This year’s showcase also coincides with efforts to resume negotiations on reviving Iran’s 2015 nuclear deal with the United States and other world powers, to end a punishing sanctions regime.

“I am both happy and proud of the qualification of our festival,” the event’s president Sadegh Moussavi told AFP.

“It’s a big success of cultural diplomacy,” he said with a smile. “We think that culture and art can have a status more prestigious than politics.”

Tehran’s festival has been a springboard for the big names of Iranian cinema, including Asghar Farhadi, a two-time Oscar winner, Bahman Ghobadi and Reza Mirkarimi, said festival spokesman Mansour Jahani.

Moussavi said Tehran’s application to the Academy was initially rejected because its entrants are not required to pay fees.

“We replied that our country was under sanctions and therefore it is impossible for those who want to present their films to pay registration fees,” he said.

Tehran is the only short film festival without such fees among about 130 in the world which are Oscar eligible, Moussavi said.

Following recognition by the Academy, this year’s festival competition received more than 6,400 entries from 128 countries — 2,000 more than last year.

Five Iranian films and 58 from abroad were selected for the grand prize and the winner will be presented to the Academy for a possible Oscar nomination.

The selections upset some young Iranian directors whose films were not accepted and led to accusations of censorship, including from filmmaker Farnoush Samadi.

“It is my duty to write to the Academy to protest this censorship, injustice and non-professional actions of the Tehran Festival,” Samadi said on Instagram.

On the same social media platform Ali Asgari, a director, said that as a member of the Academy he “will not vote for a film pre-selected by the Tehran Short Film Festival to support all the filmmakers whose films were rejected.”

Moussavi denied the accusations, saying that “there was no censorship on our part. We received 1,500 films from Iranian filmmakers. We have to make a choice using as criteria the themes and quality of the film.”