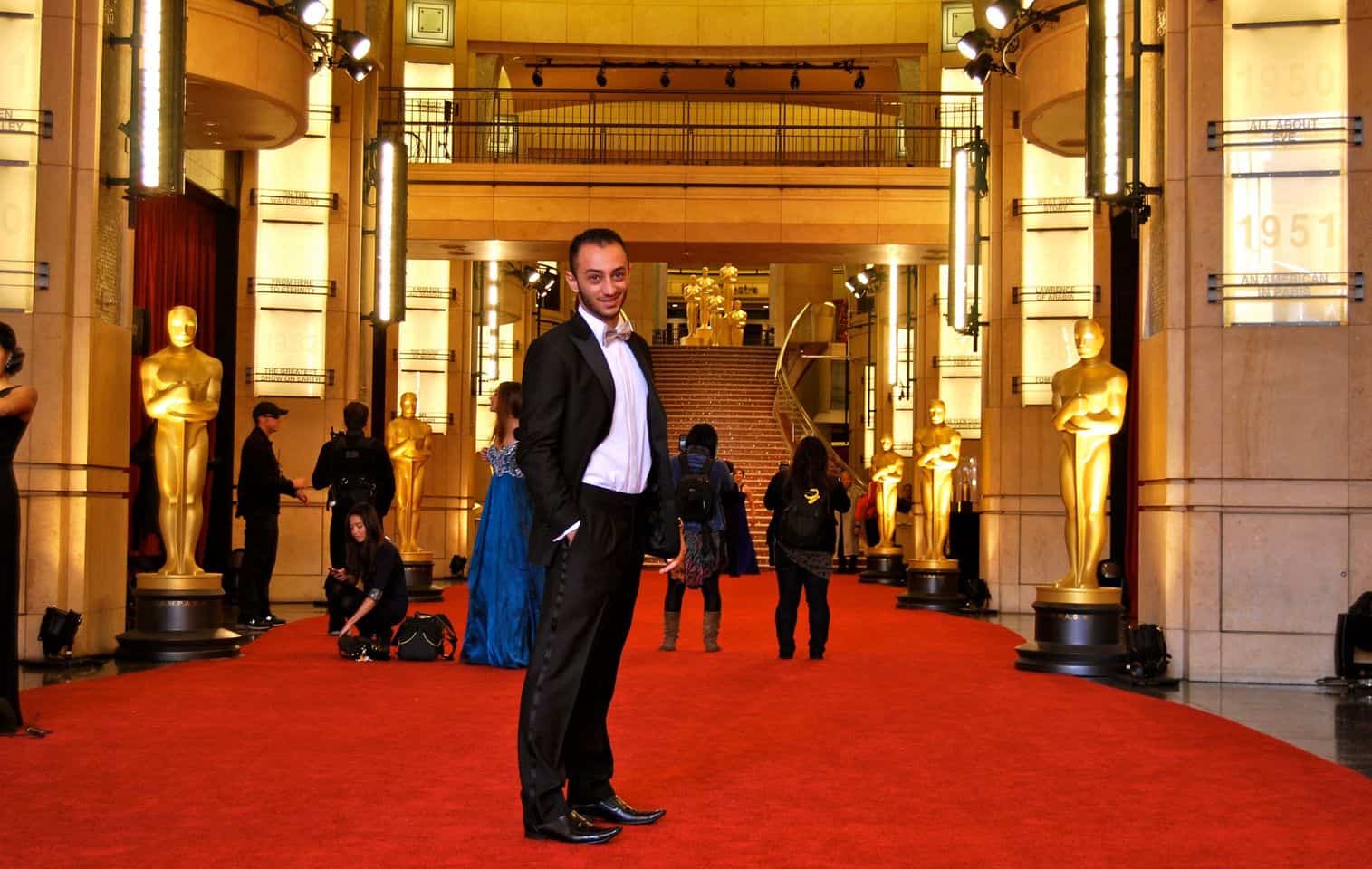 As soon as the final credits for Zaid Abu Hamdan’s ‘Daughters of Abdul-Rahman’ began to roll at the Red Sea International Film Festival, a large section of the audience sprang to their feet and burst into rapturous applause.
Accompanied by his parents and the actress Saba Mubarak, Abu Hamdan looked almost overcome with emotion. It would turn out to be just the beginning of a hugely successful festival for the Jordanian director.
The following day he moved a sizeable step closer to bringing his next project to life thanks to a $100,000 production grant from the Red Sea Lodge.
The eight-month mentoring program awarded only two such grants – one to Abu Hamdan’s The Zarqa Girl (now called Boomah), the other to Dalyah Bakheet’s The Photographer of Madina.
Both were among 16 recipients of the wider Red Sea Souk Awards, which handed out prizes and grants amounting to more than $700,000.
“Winning the Red Sea Lodge really feels beyond fantastic because it’s happening now at a time when Saudi’s changing,” says Abu Hamdan, who was born and raised in Amman.
“I wasn’t expecting this award – at least not expecting the big award – because the film is a bit out there, it’s a bit daring, and it’s a story that is very, very unique. Initially, I thought that I’m going to have problems finding partners for this story, but I realized that it was actually really a blessing that this story is attracting a lot of people.”
Boomah (Owl) is based on research that has been carried out by Abu Hamdan into three female ‘thugs’ who shook up the Jordanian underworld in the 1980s, 1990s and 2000s. That research informs the film, which is centered on an abandoned girl who grows up to become the biggest and most feared thug in the city of Zarqa.
“All my life I’ve been hearing about these girls and hearing about the things they do, the intense things they do, and sometimes the really horrific things they do,” says Abu Hamdan, who was supported in his Red Sea Lodge pitch by producer Ahmad Abu Koush.
“But I always wondered what made these girls, in a place like Jordan – specifically in cities outside of Amman – reach that state of power, reach that state of authority and influence.
“Of course, I definitely believe that nobody is born a criminal, nobody is born an aggressive person, but I believe you are equally as ‘bad’ as you are ‘good’, but it depends on what life throws at you.
If I had gone through 10 percent of what these three girls went through I would probably be way worse or I would have killed myself. So I have a lot of respect for them in a way that is just weird and I’m still trying to wrap my head around it as I write the script. I’m not presenting them as heroes in any way.
I’m presenting them as full-fledged human beings that possibly were a result of a system that gave them no other option.”
The exposure granted by the award has already attracted the attention of European co-producers, local broadcasters, and video-on-demand platforms, although Abu Koush remains the only producer currently attached to the project.
If things keep going the way they are, Abu Hamdan hopes to have a solid draft by mid-next year and to start pre-production by the summer.
“We want to keep the momentum, we want to keep the excitement. I’m on fire,” he says.
“I need to write this as soon as possible. As soon as I get back from Saudi Arabia and have had two days to rest, I will get on the script and start writing again. So let’s say we shoot end of next year then maybe the middle of 2023 the movie should be hitting the film festivals.”
In total, 12 projects were selected to take part in the Red Sea Lodge, including six from Saudi Arabia and six from Egypt, Jordan, Kuwait and Lebanon. Organized in collaboration with the TorinoFilmLab, the winning projects were chosen by a jury that included the Saudi poet and festival director Ahmed Almulla and producers Alix Madigan and Thanassis Karathanos.
“Even if we hadn’t won the award, I’m very thankful for the exposure that we got, I’m very thankful for the mentorship that we got,” adds Abu Hamdan.
“The got us the best mentors for scriptwriting, for producing, a lot of great guest speakers. So I’m very happy and I’m very thankful for the festival.”