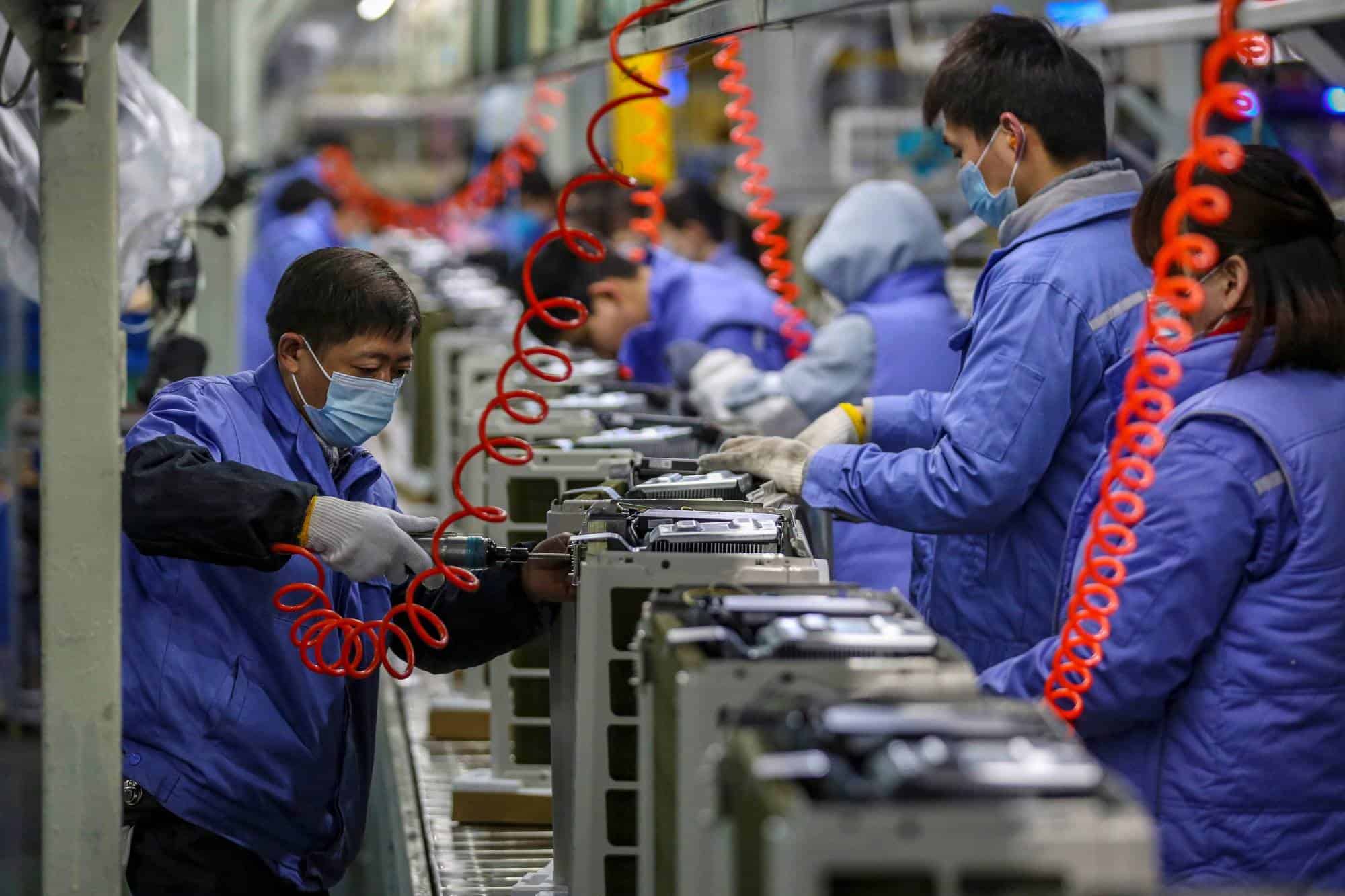 China's virus curbs have snarled supply chains amid a lack of truckers, while goods have piled up at the world's busiest container port. AFP

Manufacturing activity in China has hit its lowest level since February 2020, official data showed Saturday, as the country’s worst coronavirus resurgence since the early days of the pandemic drags on the economy.

The Purchasing Managers’ Index (PMI), a key gauge of manufacturing activity, came in at 47.4 in April — below the 50-point mark separating growth from contraction — as authorities said that a “decline in production and demand” has widened.

The figures come as Beijing digs in on a zero-Covid strategy that involves stamping out clusters as they emerge through targeted lockdowns and mass testing.

But the restrictions have left dozens of cities either fully or partially locked down in recent months, most notably the eastern economic powerhouse Shanghai.

The megacity’s 25 million residents have been largely confined to their homes for the past month, although authorities are showing signs of gradually loosening some rules.

China’s virus curbs have snarled supply chains amid a lack of truckers, while goods have piled up at the world’s busiest container port.

“The decline in production and demand has widened,” said National Bureau of Statistics (NBS) senior statistician Zhao Qinghe in a statement on Saturday.