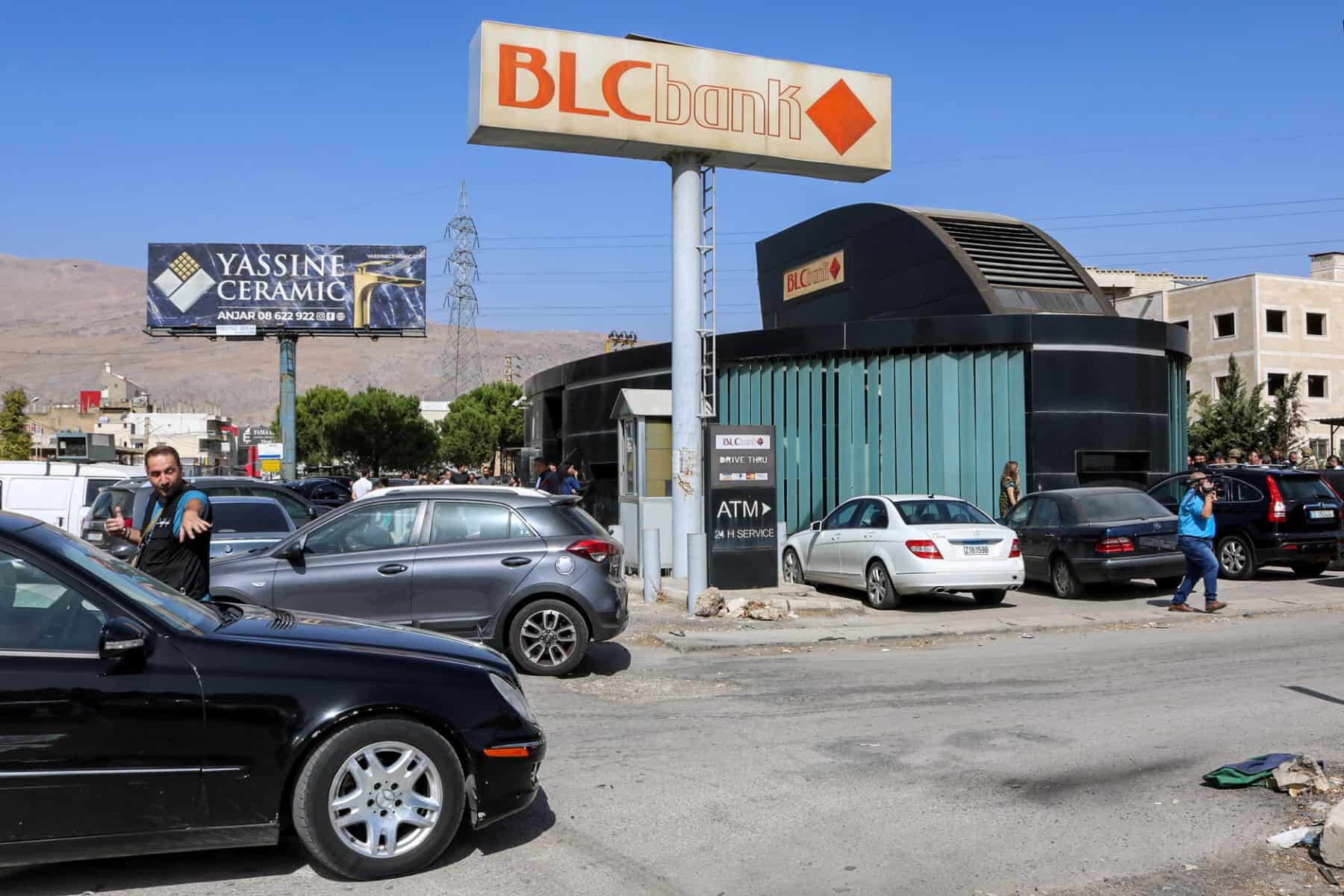 Lebanese security forces gather in the vicinity of BLC Bank in the town of Chtaura in Lebanon's eastern Bekaa valley, where a man held people hostage seeking to send money to his son in Ukraine. (AFP)

Beirut, Lebanon–A retired Lebanese officer stormed a bank Tuesday demanding a money transfer for his son studying in Ukraine, an advocacy group said, one of at least three bank hold-ups across Lebanon.

Banks in the country, mired in an economic crisis for more than two years, partially reopened last week under strict security after a week-long closure following a slew of heists by customers desperate to access their money.

Ali Deeb al-Sahili held hostages at a BLC Bank branch in Chtaura, a town about 45 kilometres (30 miles) east of the capital Beirut, according to the Depositors’ Outcry Association, seeking to send money to his son in Ukraine.

The armed pensioner, in his 50s, demanded access to the 24,000 dollars in frozen funds in his account. He was detained, his brother said, and it was unclear whether he had been able to release any of his savings.

Hassan Moughnieh, a member of the depositors’ association, said that Sahili had repeatedly pleaded with the bank to be allowed to send 4,430 dollars to his son — who was reportedly evicted after failing to pay rent — to cover his accommodation and tuition fees.

“The bank refused, so he stormed it and held hostages inside,” Moughnieh said.

Also on Tuesday, an angry depositor held up a bank in the southern city of Tyre, demanding access to his savings, the Depositors’ Outcry Association said.

In the northern city of Tripoli, Lebanon’s poorest, employees of an electricity company stormed a bank to demand the release of their salaries, the official National News Agency reported.

The financial crash widely blamed on government corruption and mismanagement has caused the worst economic crisis in Lebanon’s history.

The Lebanese pound has lost more than 95 percent of its value on the black market since 2019 as poverty and unemployment have soared.

Banks have been widely accused of operating like a cartel and of spiriting large amounts out of the country for senior Lebanese officials at a time when foreign transfers were already blocked for ordinary citizens.