Lebanon army gets second batch of food aid from Qatar 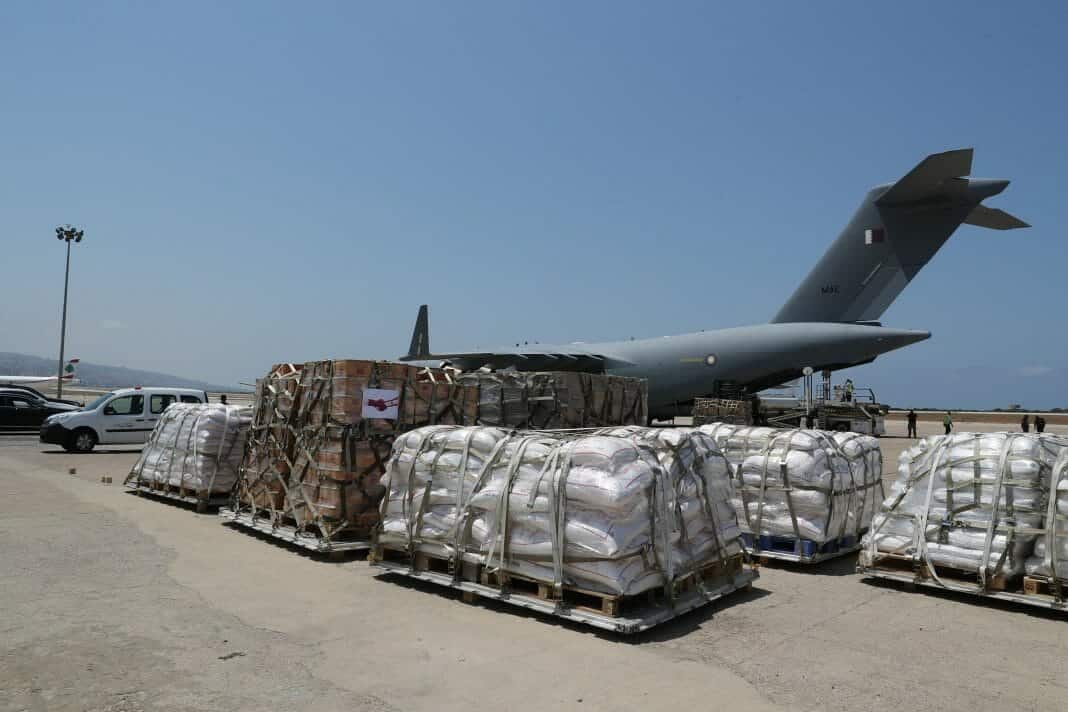 Qatar has sent the second batch of food aid to the Lebanese army, which arrived in Beirut on Sunday, local reports have said.

This, the reports said, was as part of Qatar’s promise to provide 70 tons of aid to the military for an entire year.

That promise in itself was part of Qatar’s efforts to alleviate some of the burdens on Lebanese authorities as the country descends further into an economic crisis that the World Bank now considers one of the worst in the world in recent times.

The first shipment was sent on July 8 on an Amiri Air Force aircraft belonging to the Qatari Armed Forces, said the local reports.

In June, Lebanon’s army chief Joseph Aoun appealed to world powers to assist the military, noting it was struggling to pay soldiers’ wages.

Aoun also warned that all state institutions would collapse without assistance, as the country itself was unable to support its own people.

This has resulted in what many nations see as corruption within the upper echelons of the economic and political class of Lebanon.

They support their beliefs with the fact that the Lebanese pound has lost around 90% of its purchasing power since November 2019.

That currency devaluation, coupled with depleting foreign reserves, has led to Lebanon facing massive shortages of food, medicine, and fuel.