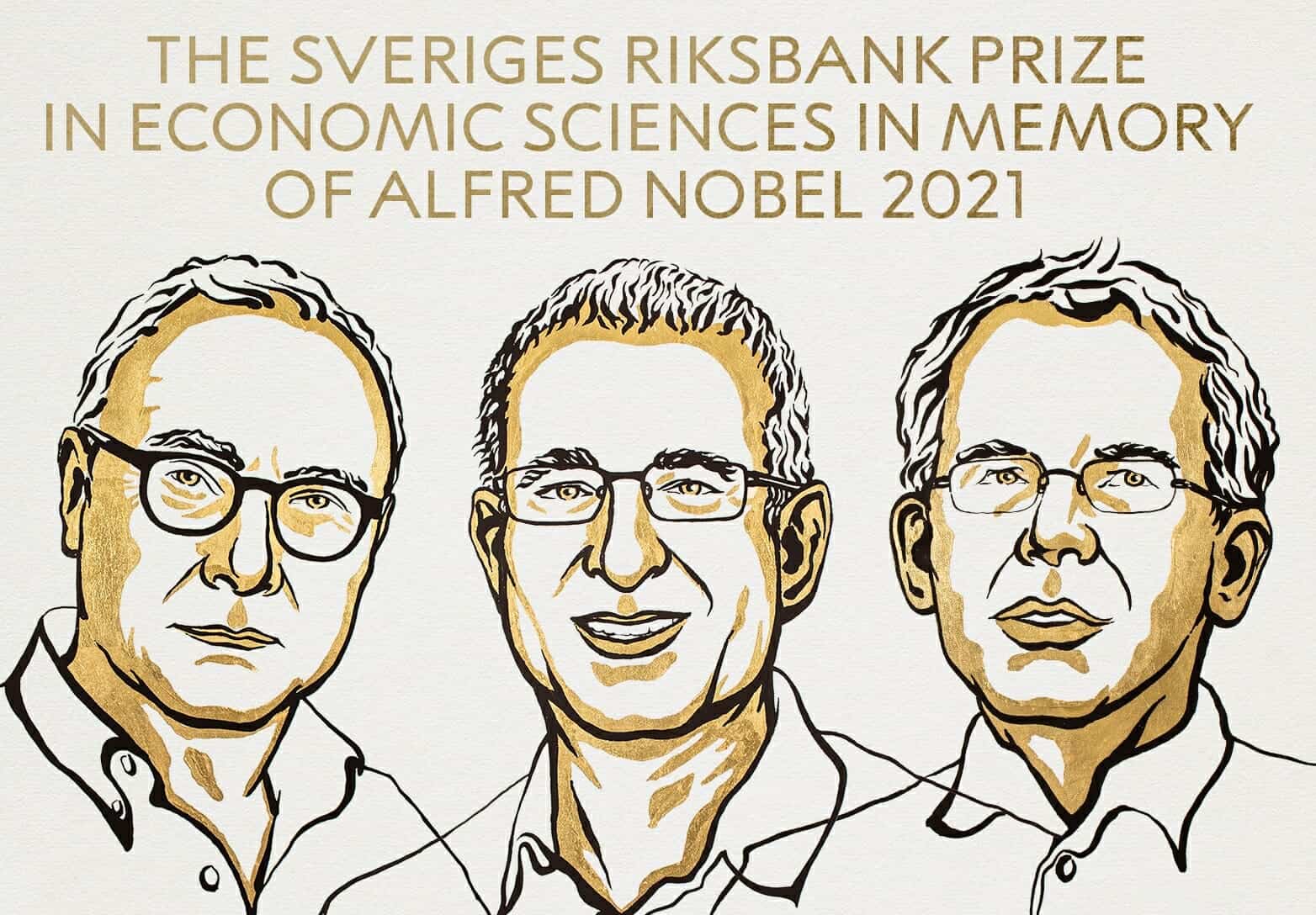 One half has been awarded to David Card “for his empirical contributions to labor economics,” which itself is rooted in natural experiments. He will get half of the $1.14-million prize money.

The other half will go to Joshua D Angrist and Guido W Imbens, who have been awarded the prize jointly “for their methodological contributions to the analysis of causal relationships.”

According to the Nobel Committee, Card’s works in the 1990s showed that increasing the minimum wage does not necessarily lead to fewer jobs.

This is currently a hot topic in Card’s home country, the US, where on one hand companies are saying that there are not enough people willing to work after the pandemic, while jobseekers are saying they are looking for better pay.

Card’s other works also hold great significance in the US. For example, the Nobel panel observed: “We now know that the incomes of people who were born in a country can benefit from new immigration, while people who immigrated at an earlier time risk being negatively affected.”

This is a direct indictment of the policies of former US President Donald Trump, and current beliefs held by the Republican party, which he represents.

The committee also said: “We have also realized that resources in schools are far more important for students’ future labor market success than was previously thought.”

This, too, is a hot-button issue, with many US teachers in public schools complaining of a lack of resources while the Trump administration sent more money to support private institutions.

The Nobel jury also said, Joshua Angrist and Guido Imbens in the mid-1990s demonstrated how precise conclusions about cause and effect can be drawn from natural experiments.

Economic Sciences Prize Committee Chairman Peter Fredriksson has been quoted in an official statement about the award as saying: “Card’s studies of core questions for society and Angrist and Imbens’ methodological contributions have shown that natural experiments are a rich source of knowledge.”