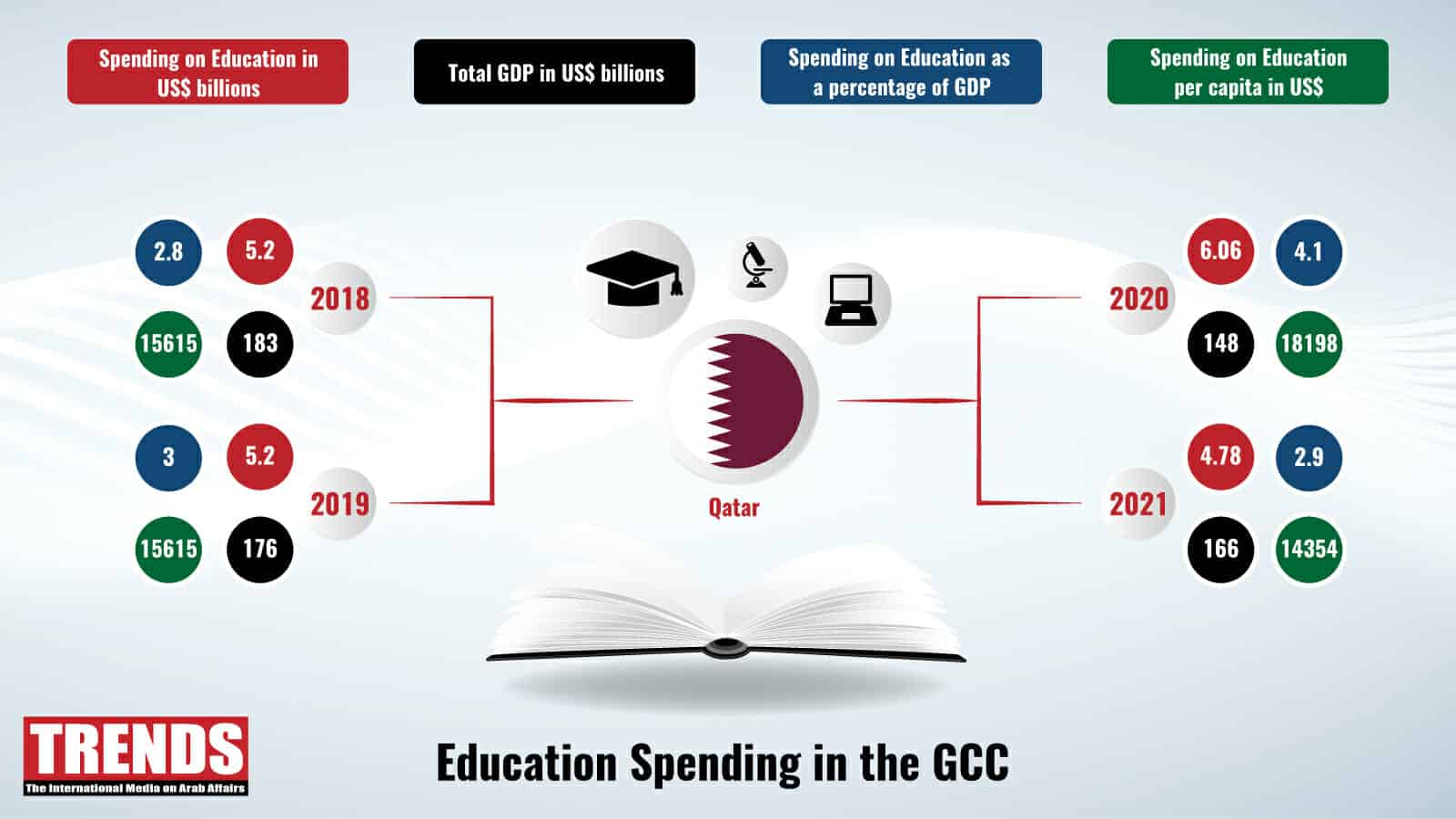 Qatar and Saudi Arabia seem to be leading the GCC countries when it comes to spending on education.

Overall, Qatar has in absolute terms spent more per capita for education since 2016, despite some fluctuations.

The total expenditure on this head accounts for between 5 percent and 6 percent of Qatar’s Gross Domestic Product.

However, when it comes to absolute totals and the share of the GDP spent on education, Saudi Arabia leads the pack.

That has more often than not resulted in a spend that is between 6.5 percent and 8.6 percent of the GDP within the same period.

Meanwhile, the UAE seems to be in the middle of the list, with average spending of between $1.7 billion and $2.8 billion between 2016 and 2020, which has been consistently under 1 percent of the total GDP.