Saudi hosts talks on Yemen war, but without Houthi rebels 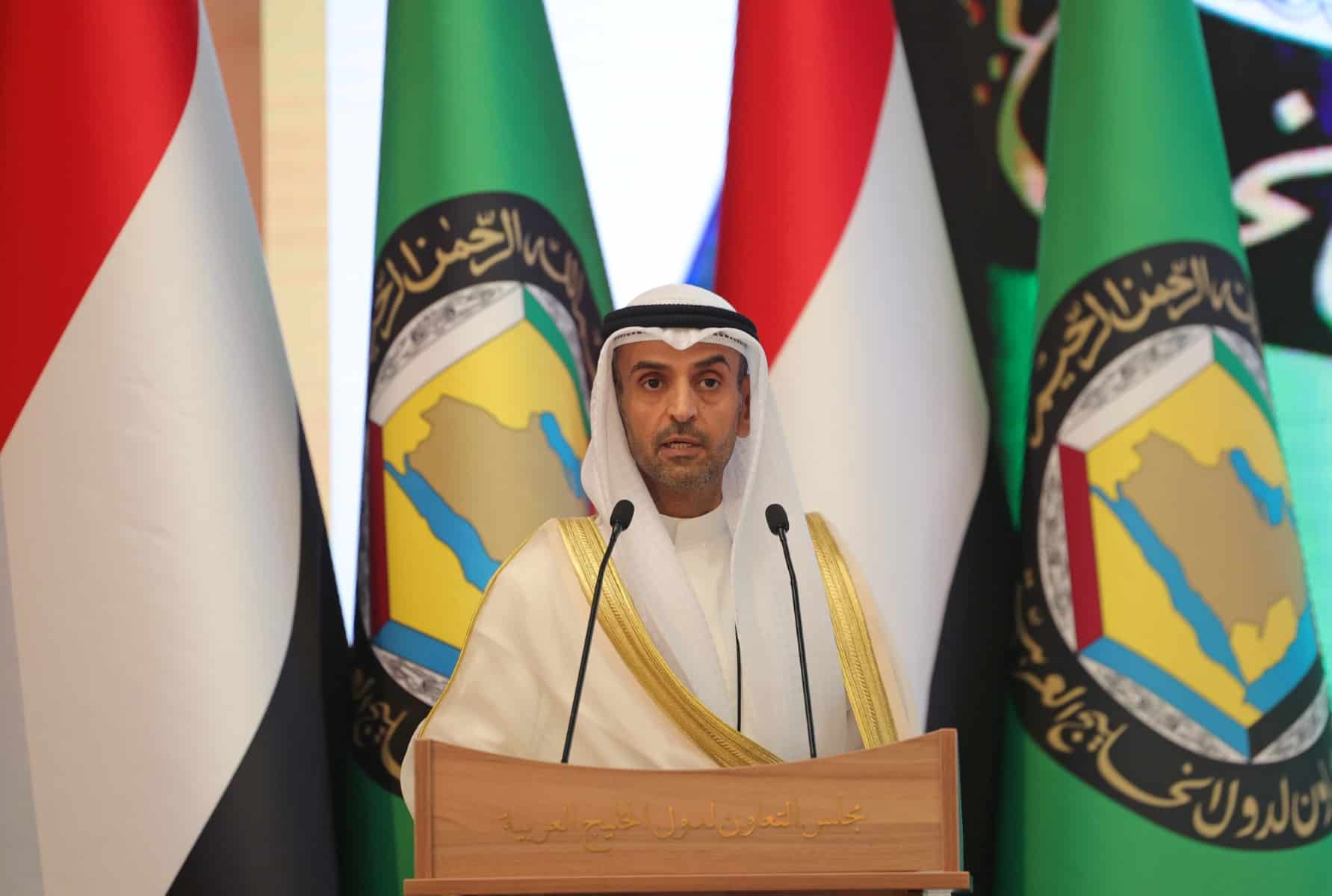 Secretary-General of the Gulf Cooperation Council Nayef al-Hajraf speaks during a conference on Yemen's devastating war hosted by the six-nation GCC in the Saudi capital Riyadh on March 30, 2022. Image/AFP

By TRENDS Desk AFP
March 31, 2022 3:30 pm
Share
Talks on Yemen’s devastating war started in the Saudi capital Wednesday, but without the Houthi rebels, hours after the Riyadh-led coalition announced a ceasefire for the Muslim holy month of Ramadan.The week-long discussions in the Saudi capital are hosted by the six-nation Gulf Cooperation Council headquartered there and include United Nations envoy Hans Grundberg and Washington’s Tim Lenderking.

The talks come after the Saudi-led coalition backing the Yemeni government said it would cease military operations during Ramadan, which starts when the crescent moon is spotted on Friday or Saturday.

The Iran-backed Houthis who rejected joining talks held on the territory of its enemy said Wednesday that while they “regretted the absence of a clear and transparent response” to their own ceasefire initiative, they would welcome “any positive response” from the Saudis.

The rebels nonetheless reiterated demands for lifting the “siege” on Yemen, saying they reserved the right to take whatever “political and military measures” are deemed necessary.

The Houthis had days ago also made a surprise offer of a truce and of a prisoner swap.

On Tuesday night, the Saudi-led coalition announced a “cessation of military operations in Yemen beginning at 6:00 am (0300 GMT) Wednesday”.

The ceasefire, the first since April 2020 in Yemen, has been respected so far.

The recent flurry of statements brings a glimmer of hope in a brutal war that has killed hundreds of thousands and left millions on the brink of famine in Yemen, long the Arab world’s poorest country.

“The success of Yemeni consultations is not an option but a reality that must be reached,” said GCC secretary-general Nayef al-Hajraf in opening remarks at the talks.

Both the UN and US envoys welcomed the GCC initiative and praised the warring sides’ pledges to temporarily cease hostilities.

Lenderking said the US supports UN efforts to advance a “durable, inclusive resolution” and backs the truce proposal “as a first step towards a comprehensive ceasefire and a new, more inclusive, political process”.

Grundberg said he continues to engage “with the parties with a sense of urgency to reach this truce by the beginning of Ramadan”.

The rebels had on Saturday called a three-day truce and offered peace talks, but only on condition the Saudis end their blockade and air strikes and remove coalition forces from Yemen.

A day later they said a prisoner swap was agreed that would free 1,400 of their fighters in exchange for 823 pro-government personnel including 16 Saudis and three Sudanese.

The last prisoner swap in Yemen’s war was in October 2020, when 1,056 were released on each side, according to the International Committee of the Red Cross.

Yemen’s devastated economy and its complex political situation as well as military matters and humanitarian aid are all on the table at the talks in Riyadh, even as possible outcomes remain unclear.

“It is not clear where the Riyadh consultations will lead,” said Maged al-Madhaji, director of the Sanaa Centre for Strategic Studies.

“The meeting’s agenda is still very general, and the discussions will be limited to one party and will not include the Houthis.

“With regard to the peace track, it will not lead to anything because the Houthis are not there.”

In the Houthis’ view, the meeting in Riyadh “has nothing to do with the issue of peace”, Ahmed Al-Emad, a spokesman for the rebels’ foreign ministry, told AFP.

With the rebels absent, the talks “are missing an important part of the equation”, a Riyadh-based Arab diplomat told AFP on condition of anonymity.

According to the diplomat, the talks are “an attempt to unite all the forces within the pro Saudi-led coalition camp against the absent party”.

That view was shared by Ahmed Nagi of the Malcolm H. Kerr Carnegie Middle East Center in Beirut.

“The main goal of these consultations is to arrange the anti-Houthi side so that there is a shared position and some clarity of vision,” he told AFP.

“These talks do not aim to reach a settlement with the Houthis as much as they aim to rearrange the pro-Saudi coalition side.”

Yemen’s 30 million people are in dire need of assistance. A UN donors conference this month raised less than a third of the $4.27 billion target, prompting dark warnings for a country where 80 percent of the population depend on aid.