Saudization benefits thousands of citizens in 2021 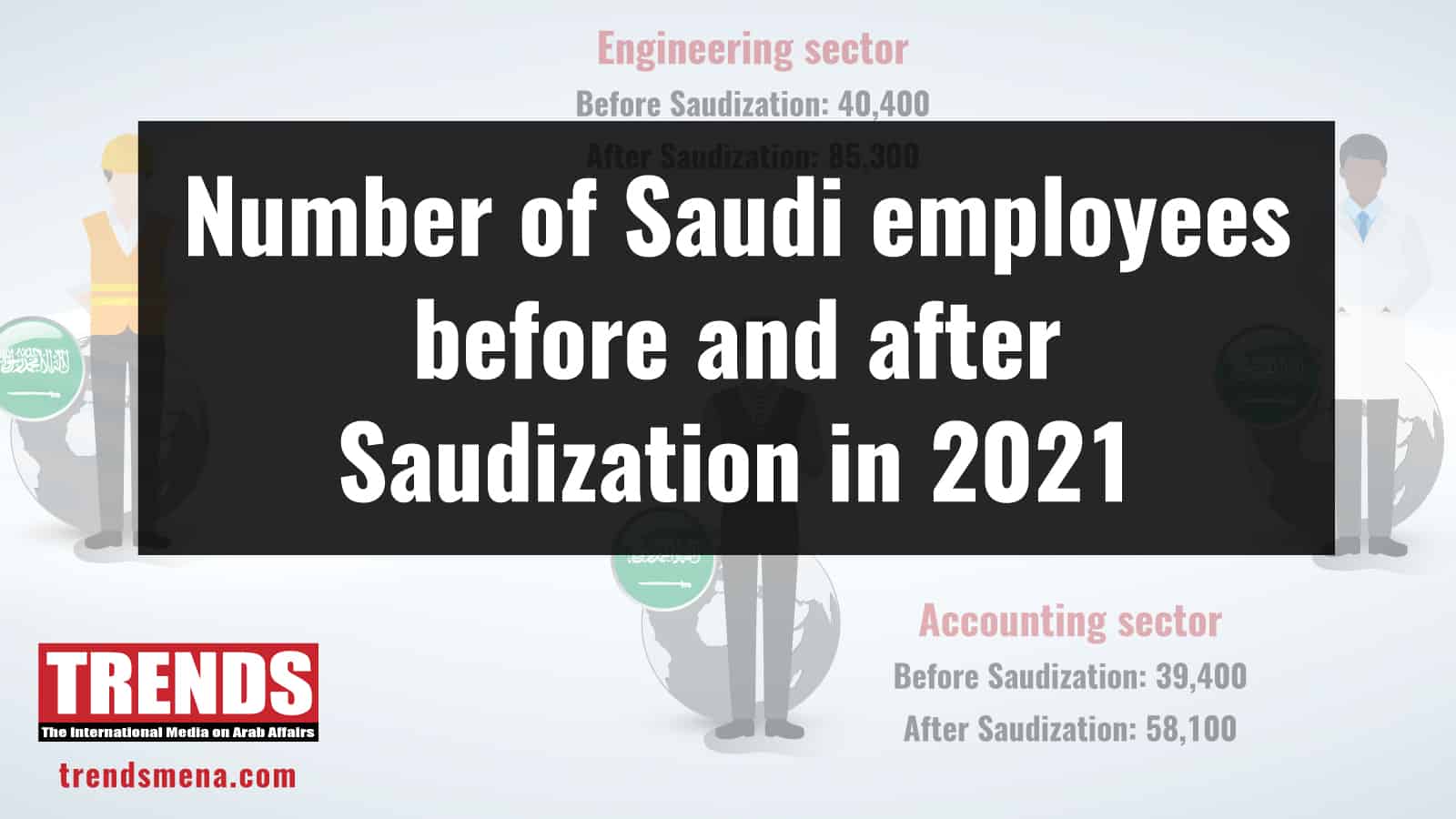 As localization of jobs has been expanded to more professions and sectors, thousands of jobs have been generated for young Saudi men and women during 2021.

The Saudization drive, implemented by the Ministry of Human Resources and Social Development, is being carried out in cooperation with various government agencies and private sector companies and establishments in the Gulf country.

According to the ministry, the number of citizens who got jobs in the private sector crossed 1.9 million, the highest ever number of Saudis hired in the employment market.

The Saudi ministry’s is not only empowering as many Saudi jobseekers as possible but also has been instrumental in generating a large number of jobs as well as in creating an attractive and stimulating work environment for them in the private sector.

All this has resulted in a huge increase in the active participation of Saudi national in the labor market.

Here is a break-up of the number of the local people employed in major sectors last year: 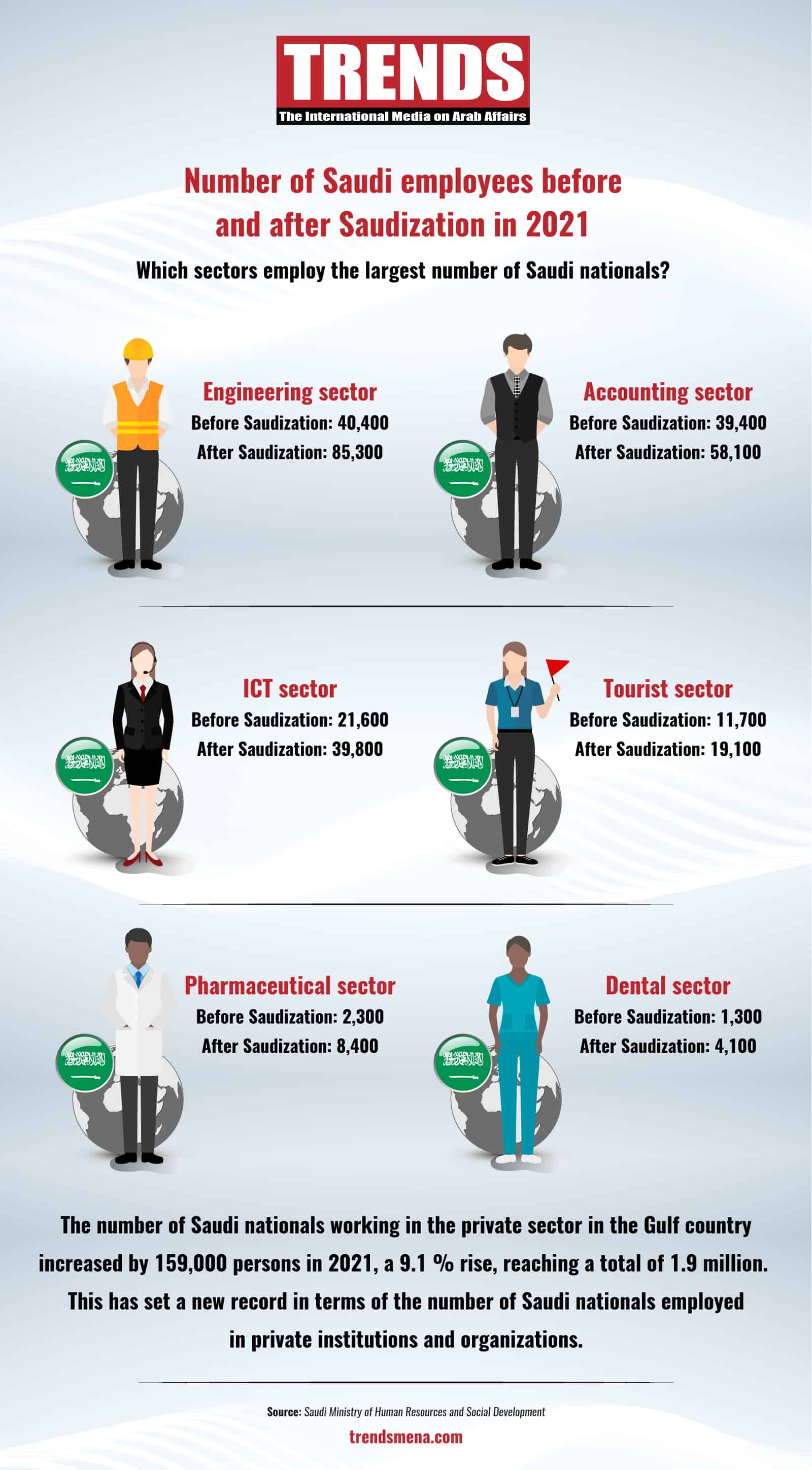