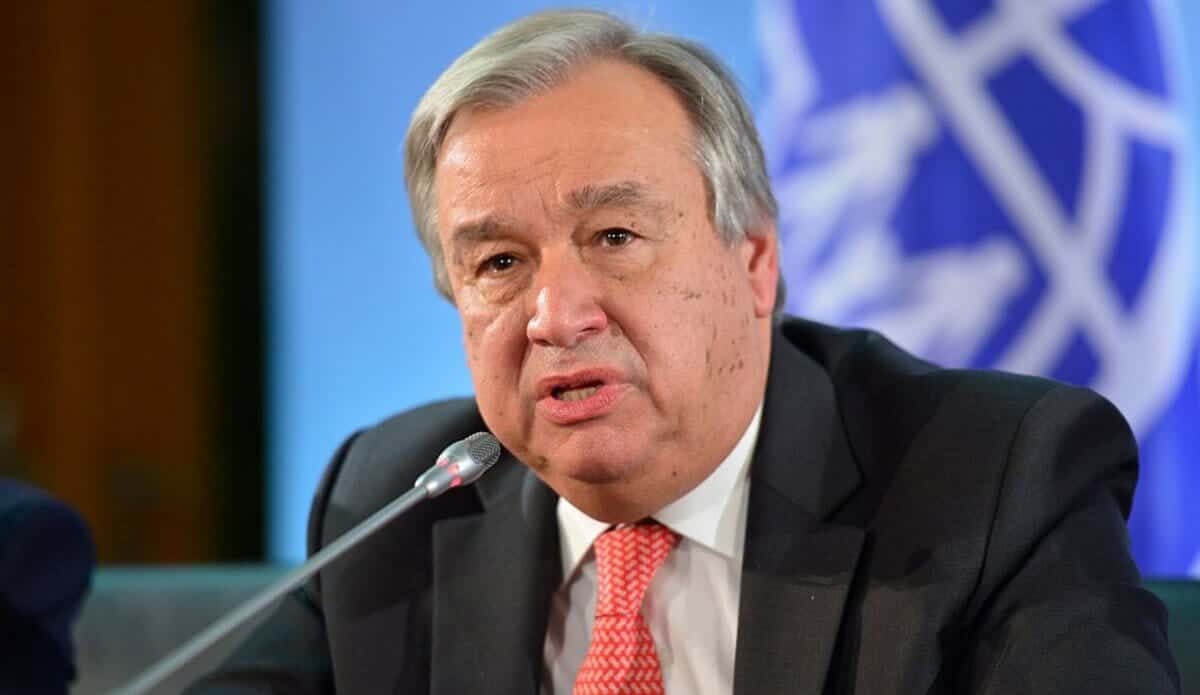 Guterres will visit the port blast site on Monday and hold a minute's silence for the victims.

The United Nations chief on Friday called for the world to redouble its renewable energy efforts to avert a climate emergency and address global energy poverty.

“Today, we face a moment of truth,” said UN Secretary-General Antonio Guterres, who described the mandate as a “double imperative -– to end energy poverty and to limit climate change.

“And we have an answer that will fulfil both imperatives,” Guterres said. “Affordable, renewable and sustainable energy for all.”

The comments came as governments and the private sector pledged to spend more than $400 billion at a high-level summit that called for an acceleration of efforts to avert catastrophic climate change and simultaneously bring electricity to more of the 760 million people around the world who currently lack it.

The “energy compact” lists commitments from more than 35 governments and several large companies, including TotalEnergies, Schneider Electric and Google.

The aim is to revamp the global energy system, which accounts for about 75 percent of total greenhouse gases, according to the United Nations.

But “to deliver on climate, we still have a long way to go to get to the level of transformation on the energy transition that is required,” she said.

The spending pledges, many of which have been announced previously, include projects to expand electricity access in developing countries, boost clean cooking technologies and improve energy efficiency as part of a drive to decarbonize the energy system.

Guterres noted there has been some progress, with renewable energy now comprising 29 percent of global electricity generation.

“But it’s not nearly fast enough,” Guterres said. “We are still a long way from being able to provide affordable and clean energy for all.”

He said the world must reduce greenhouse gas emissions by 45 percent in 2030 from 2010 levels to limit temperature rise to 1.5 degrees.

He called for a quadrupling of solar and wind capacity by that time, part of a push to triple investments on renewable energy and energy efficiency to $5 trillion per-year.

And Guterres called on authorities to phase out subsidies on fossil fuel production and “put a price on carbon.”

An IMF study published Friday estimated that direct and indirect subsidies of fossil fuels added up to $5.9 trillion, about 6.8 percent of global GDP in 2020.

“It is also a badly targeted policy that predominantly benefits higher-income households and deprives governments of precious fiscal resources.”