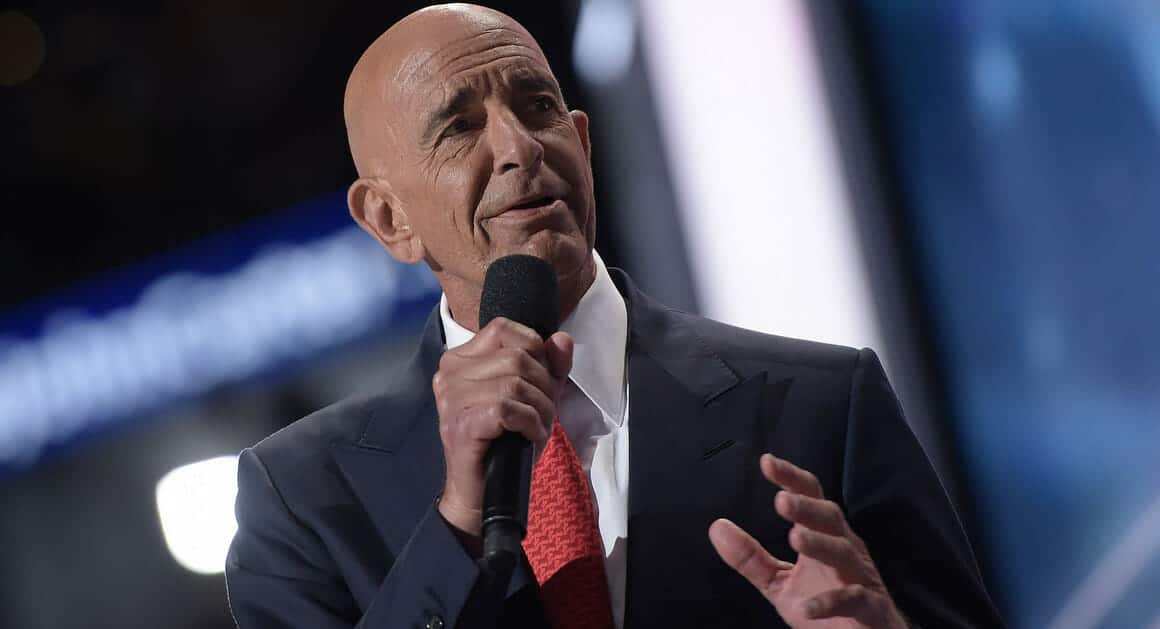 The United States Department of Justice said on Tuesday that Tom Barrack, who worked for some time for former US President Donald Trump, was arrested earlier in the day for being an agent of the UAE.

The DoJ said Barrack, Matthew Grimes, and UAE resident Rashid Sultan Rashid Al Malik Alshahhi stand accused of “unlawful efforts to advance the interests of the UAE in the United States at the direction of senior UAE officials.”

Barrack served as an informal advisor to Trump’s 2016 presidential campaign between April and November that year.

During this time — in May, to be specific — Barrack inserted language praising the UAE into a campaign speech to be delivered by Trump on US energy policy, said the DoJ. He then emailed an advance draft of the speech to Alshahhi for delivery to senior UAE officials, it added.

Barrack would go on to serve as chairman of Trump’s Presidential Inaugural Committee between November 2016 and January 2017.

In December 2016, Barrack allegedly had a meeting with Grimes, Alshahhi, and senior UAE government officials, during which he advised them to create a “wish list” of US foreign-policy items that the UAE wanted accomplished in the first 100 days, six months, year and four years of Trump’s presidency.

From January 2017, Barrack informally advised senior US government officials on issues related to the country’s foreign policy in the Middle East.

The DoJ said Barrack and Grimes throughout 2016 and 2017 “sought and received direction and feedback, including talking points, from senior UAE officials in connection with national press appearances Barrack used to promote the interests of the UAE.”

Barrack also apparently sought appointment to a senior role in the US government, including the role of Special Envoy to the Middle East.

Meanwhile, in September 2017, Barrack allegedly got Trump to cancel a Camp David summit that could have led to a solution to a dispute between the UAE, Qatar, and other Middle-Eastern countries. He is said to have done so at Alshahhi’s direction.