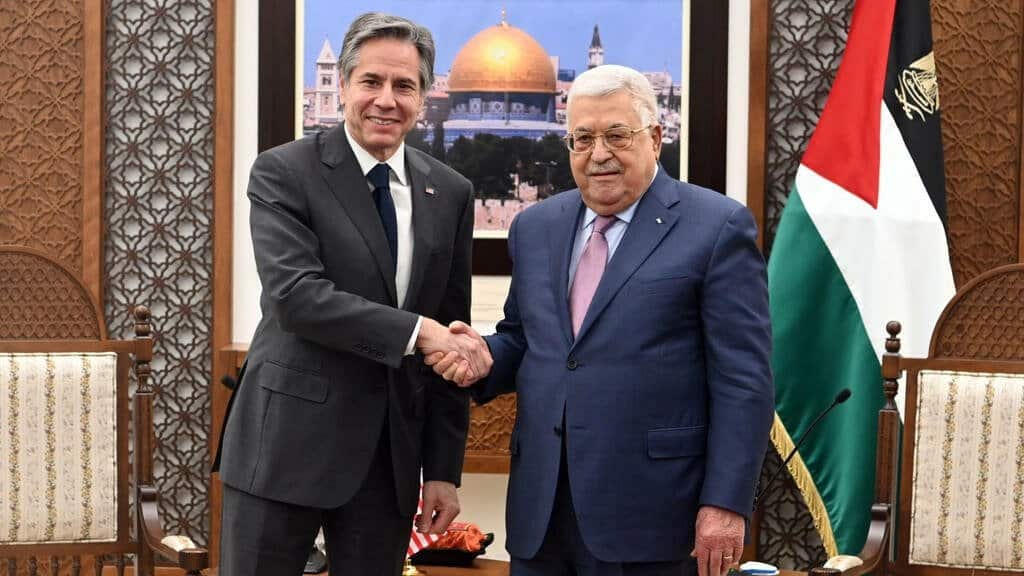 Palestinian President Mahmud Abbas criticised Sunday the West’s “double standards” that he said penalised Russia over its invasion of Ukraine while ignoring Israel’s “crimes” against the Palestinians.

Abbas voiced his frustration to visiting US Secretary of State Antony Blinken in a press briefing with reporters at the Palestinian presidential residence in the occupied West Bank city of Ramallah.

“The current events in Europe have shown blatant double standards,” he told Blinken.

“Despite the crimes of the Israeli occupation that amounted to ethnic cleansing and racial discrimination… we find no one who is holding Israel responsible for behaving as a state above the law,” he said.

Blinken held talks with Abbas on the first full day of a trip that includes a meeting with the foreign ministers of Israel and four Arab countries that have normalised relations with the Jewish state.

Blinken told Abbas he wanted to revitalise US relations with the Palestinians after they collapsed under the administration of former president Donald Trump.

But with its focus on the challenge from China and now Russia’s invasion of Ukraine, Washington has spent less time overall on Middle East issues.

The Palestinian Authority led by Abbas has sparked the ire of Western diplomats in recent weeks because it has not condemned Russia’s attack on Ukraine.

Multiple Western diplomatic sources have told AFP of requests to the PA, a recipient of major European Union donations, to condemn the Russian invasion.

Blinken did not raise the Ukraine issue before reporters, or other topics including reopening the US consulate for Palestinians in east Jerusalem, which Trump closed and the Israelis do not want to see reopened.

But he pledged to maintain support for the Palestinians, pointing to continuing financial aid for development and $500 million provided for humanitarian assistance in the past year.