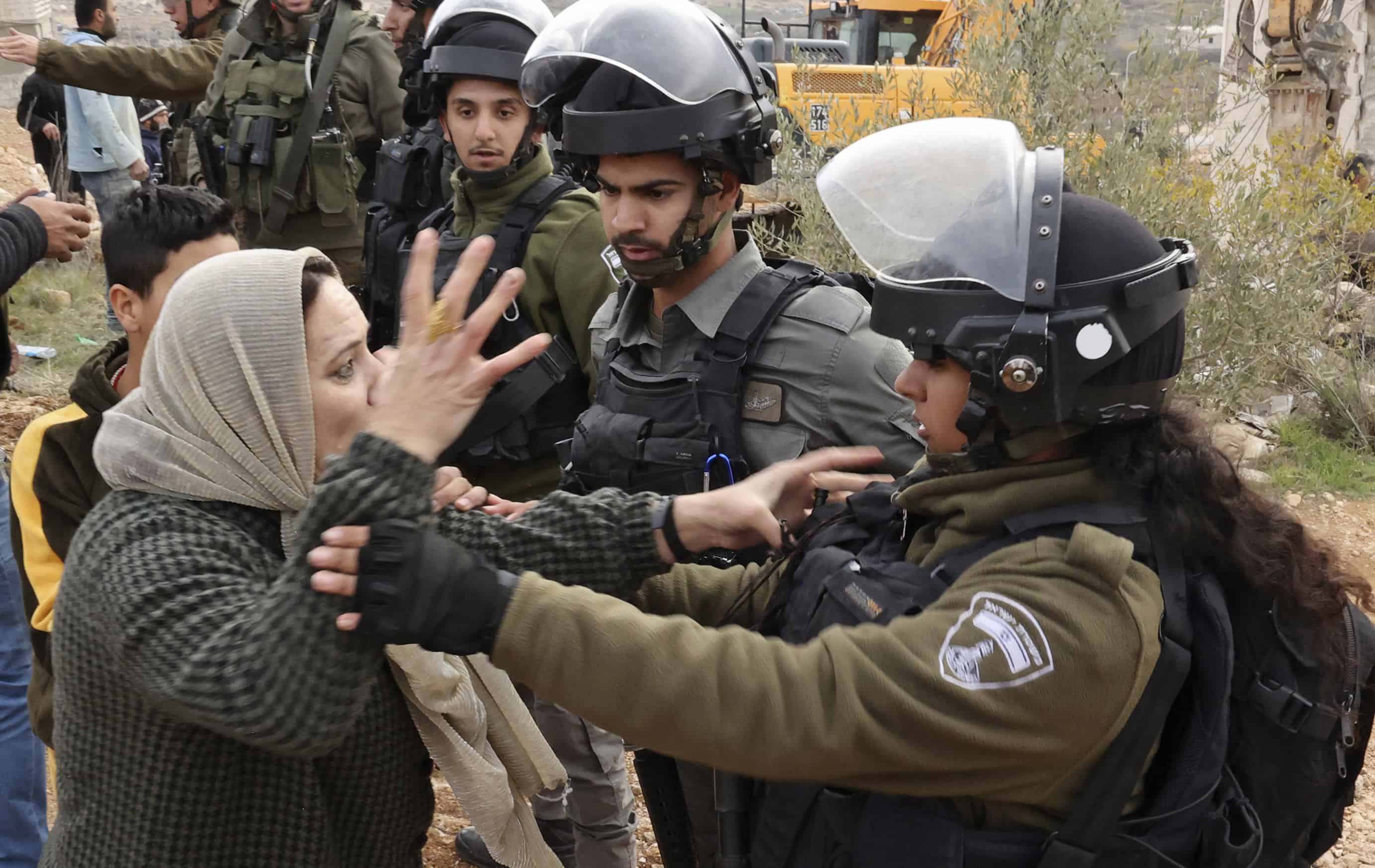 Palestinians are blocked by Israeli security forces as they try to stop the demolition of their home in the West Bank. AFP File.

The Arab League called on the international community Sunday to put serious and real pressure on Israeli occupation forces to stop the aggression, repressive practices, and daily violations of the most basic rights of the Palestinian people within the Green Line and throughout the occupied Arab territories.

Media reports said the call was made in a statement issued by the Leagueآ‘s General Secretariat’s Palestine and the occupied Arab territories affairs, marking Solidarity Day with the Palestinian People inside the 1948 borders.

The League stressed on the need to compel Israeli forces to stop settlement operations, confiscation, Judaization, desecration of Islamic and Christian sanctities, the practice of racial discrimination policy, and the imposition of racist laws that affect the rights of Palestinians within the Green Line, according to the reports.

The League noted that “the Palestinians inside are an authentic part of the Palestinian Arab people, and they are with their brothers in every inch of the land of Palestine in the face of brutal aggression with the policies and practices of settlement, ethnic cleansing and apartheid.”

The United Nations and the Human Rights Council were called on to assume their responsibilities towards the cause of pain to Palestinians and the injustice and grave violations they are subjected to, which violates their basic rights guaranteed by law, charters and international legitimacy, and the need to expose, condemn and confront Israeli violations.

The statement added that the Arab League, considering the systematic targeting of Palestinians by military force, reaffirms its full support for the rights of the Palestinian people inside 1948 and for their struggle and continuous defense of their land, rights and living in their homeland and on their land, cities, villages and desert.