Bennett at final cabinet meet: Israel will head toward polls 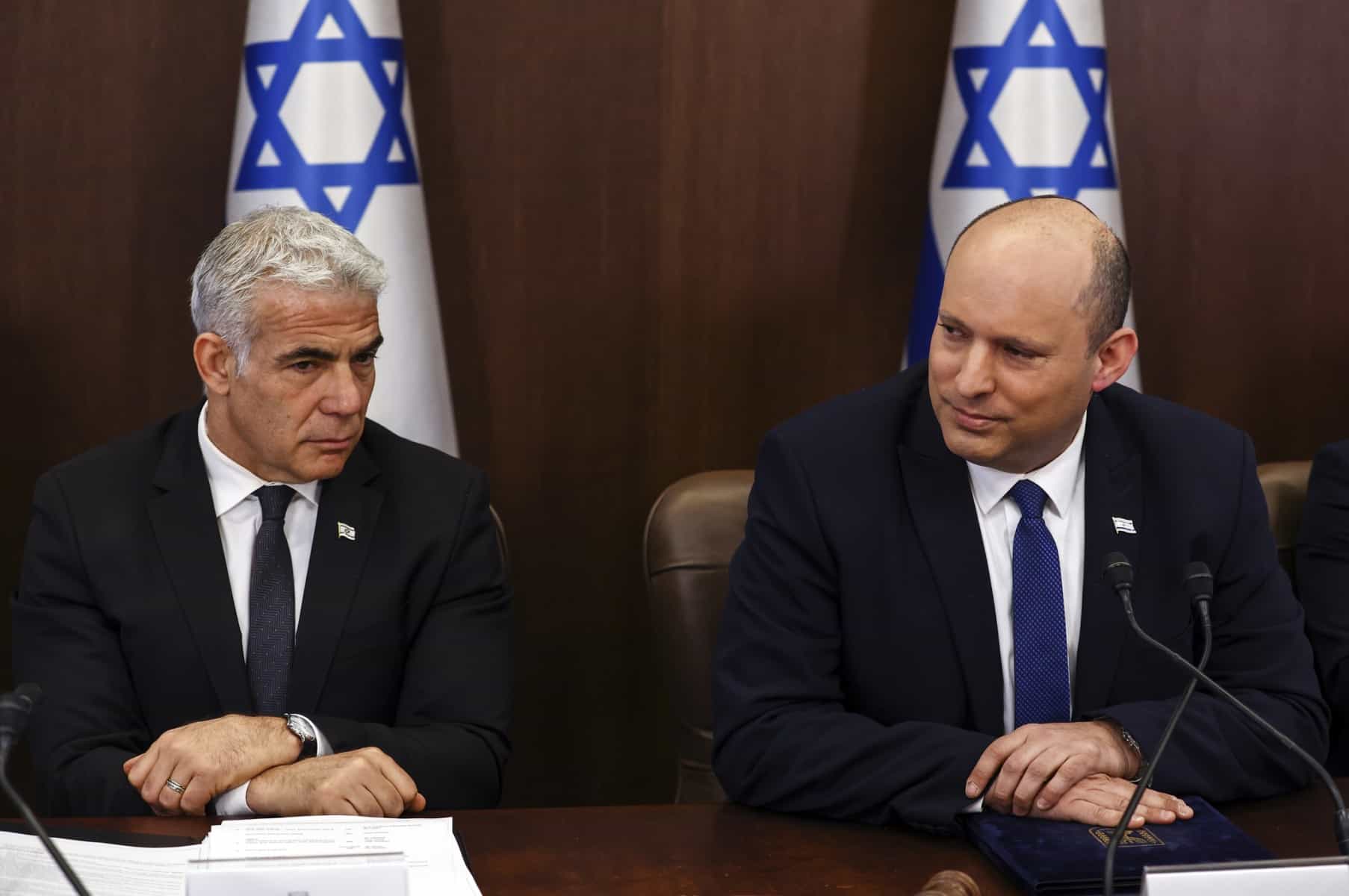 The Bennett coalition was imperiled by ideological divides from its outset. (AFP)

Israel’s Prime Minister Naftali Bennett hosted what was almost certainly his final cabinet meeting Sunday, commending his government as “short-lived with great achievements”, ahead of parliament’s expected dissolution this week.

Bennett, who took charge of an ideologically-divided eight-party alliance in June 2021, conceded last week that his coalition was no longer tenable, a shock announcement that is likely sending Israel to its fifth election in less than four years.

“Soon, unfortunately, the State of Israel will head toward elections,” he told his ministers, with parliament due to hold a final vote to dissolve itself as early as Monday.

“This was an excellent government, which depended on a complex coalition. There is here a group of people who knew how to put aside ideological differences, rise above and act for the State of Israel,” he added, referring to the alliance that counted right-wingers, centrists, doves and Arab Islamists.

“There are governments that last but which have few achievements; ours was a short-lived government with great achievements,” the religious nationalist premier said.

But those negotiations reportedly made little progress, meaning a bill to dissolve parliament was expected to earn a comfortable majority in Israel’s 120-member parliament, the Knesset.

The Bennett coalition was imperiled by ideological divides from its outset.

The final straw, according to the premier, was a failure to renew a measure that ensures Jewish settlers in the occupied West Bank live under Israeli law.

Bennett, the former head of a settler lobby group, said the measure’s expiration on June 30 would have brought security risks and “constitutional chaos”.