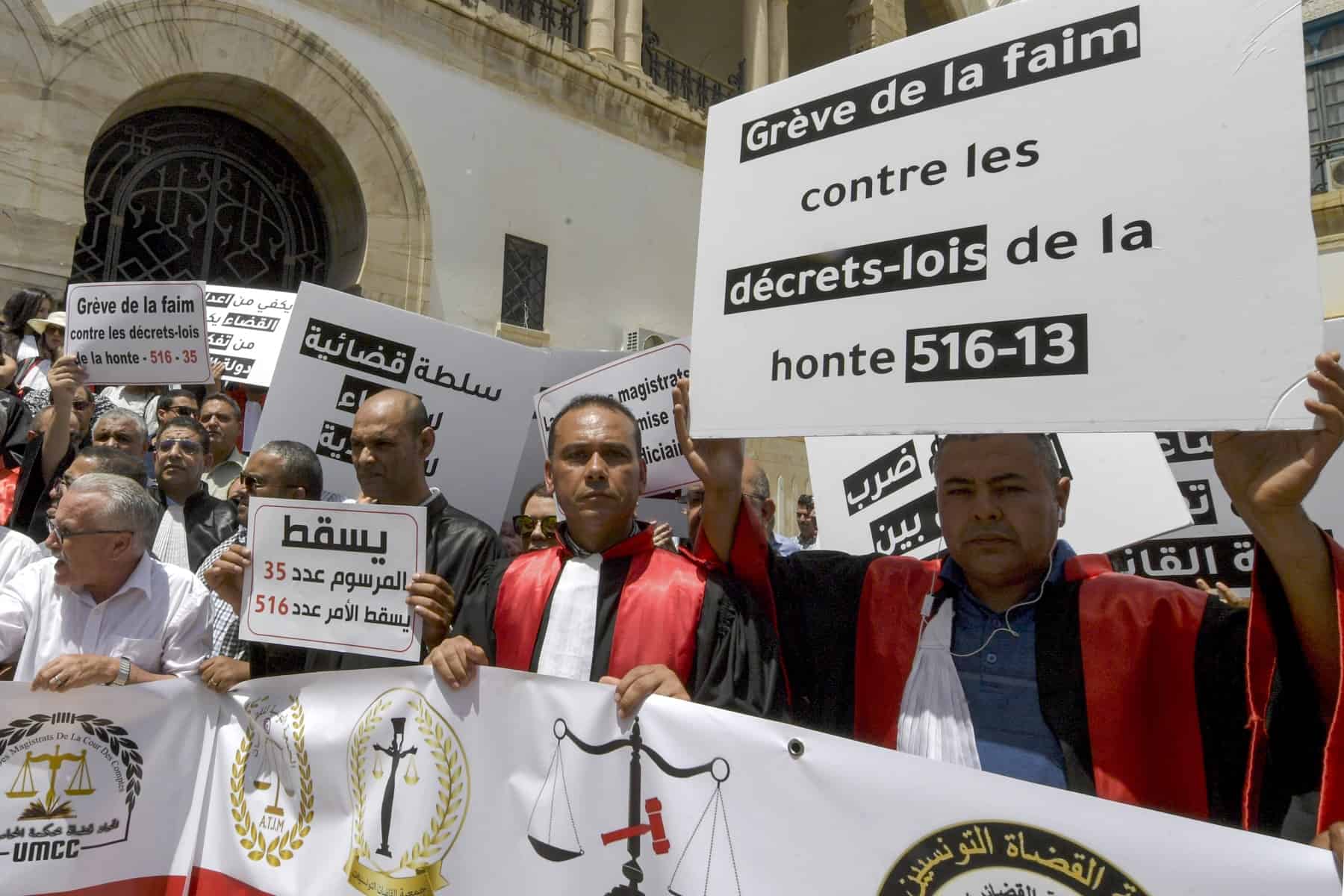 Judges gather for a protest against Tunisia's President Kais Saied outside the Tunis Palace of Justice in Tunisia's capital on June 23, 2022. AFP

Tunisia’s former prime minister Hamadi Jebali, on hunger strike after being arrested earlier this week on money-laundering allegations, was rushed to intensive care on Saturday, his lawyer said.

“His condition rapidly deteriorated because he is on an intense hunger strike and he didn’t take his medicine” for cardiovascular conditions and diabetes, lawyer Zied Taher told AFP.

Police had not delivered the drugs in question to Jebali’s cell despite prosecutors allowing the family to take them to the police station, he added.

Jebali, a former senior official in the Islamist-inspired Ennahdha party that is a key rival of President Kais Saied, was detained in relation to transfers of large sums of money from overseas to a charity in Tunisia.

Ennahdha has dismissed the allegations and said the arrest was part of a campaign of settling political scores.

Saied in July last year sacked the government and suspended the Ennahdha-dominated parliament in moves opponents have called a coup in the only democracy to emerge from the Arab Spring uprisings.

He later dissolved the assembly, extended his powers over the judiciary and moved to change the constitution.

Many Tunisians have backed Saied’s moves against a system seen as corrupt and self-serving.

Jebali is not the first senior Ennahdha figure to be detained since Saied’s power grab — former justice minister Noureddine Bhiri was also held under house arrest for two months before being released without charge.