‘Here there is nothing’: Yemen’s Aden scarred by grinding war 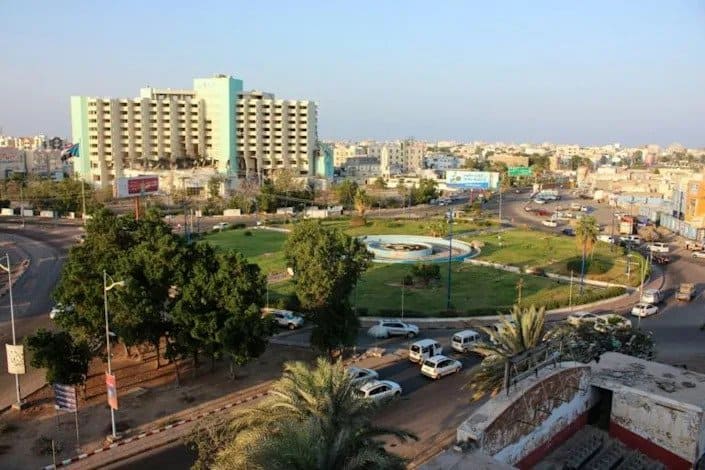 Bullet-riddled homes, buildings turned to rubble and countless pictures of “martyrs”: seven years into Yemen’s civil war, the interim capital Aden bears the scars of a conflict that shows no signs of abating.

While Aden is now relatively stable, economically the ancient port city has been left on its knees.

Water and electricity are intermittent, serving a population that officials say has tripled to more than three million, as people seek safety from fighting raging elsewhere.

Aden governor Ahmed Lamlas said the outbreak of war in 2015 was a “disaster”, leaving the city’s infrastructure in ruins.

“We are still suffering from the impacts of war,” said Lamlas, who narrowly escaped a deadly car bomb attack in October.

Yemen has a long history of civil war, and was divided into North and South Yemen until 1990.

It descended into brutal conflict again when Iran-backed Huthi rebels launched a military campaign to seize power in 2014, taking large swathes of territory including the capital Sanaa in the north.

The following year, after a Saudi-led military coalition intervened to support the internationally recognised government, the insurgents were at the gates of Aden.

They held sway for a few months before being pushed out by loyalist forces.

Sporadic violence continues to blight the temporary seat of the government, whose troops clashed with southern separatists in 2018-19 before they reached a power-sharing agreement.

Flags of former South Yemen line the streets of Aden, where the separatist Southern Transitional Council has much influence, with checkpoints set up everywhere.

As if civil war and a struggle for the city were not enough, Aden has also been targeted by a number of bombings claimed by the Islamic State group.

Along the corniche in Aden stands a large portrait of the former governor, Jaafar Saad, who was killed in a car bomb claimed by the jihadist group in 2015.

“Aden will not forget you,” its message reads.

At the airport, a gaping hole torn into the arrivals terminal reminds visitors of a missile attack on cabinet members in 2020, a memorial of sorts to the at least 26 people killed.

Across Yemen, hundreds of thousands have been killed, directly or indirectly, and millions displaced by the war, which has left 80 percent of people on food aid.

UN Secretary-General Antonio Guterres on Wednesday warned that Yemen risked “catastrophe”, speaking at a donor conference that raised less than a third of the money needed.

The number of people starving in famine conditions is projected to increase five-fold this year to 161,000.

Lamlas said the pressure was exacting a toll on Aden’s citizens.

“Living conditions have affected the people psychologically,” said Lamlas, but insisted: “Aden remains steadfast and will return to life.”

Fish vendor Ammar Mohammed, 52, struggles to make a living, as few in the city can afford his product.

“Only those who have money can buy fish,” he said.

“Everything was cheaper before the war.”

On a quiet Friday evening, some Yemeni families headed to a seaside resort, one of the city’s few recreational areas.

“I have work experience in hotels, makeup and accounting,” Abeer, 31, told AFP as she sat with her two friends smoking shisha and electronic cigarettes.

“The salaries are low, the situation is difficult, and I am fighting to lead a dignified life,” she said, adding that friends and jokes are what keep her going.

“There is no internet, phone network, there’s nothing. We’re looking for water, gas and petrol, but we at least still have some laughs.”

Many in Aden blame the government for the city’s deterioration, and some of them make no secret of their desire to become an independent southern state.

South Yemen was an independent country from 1967 — when British colonial forces withdrew, paving the way for the creation of a Soviet-backed communist one-party state — until 1990.

An attempt to break away again in 1994 sparked a brief civil war. That ended with northern troops and their militia allies occupying the south.

But calls for secession are growing louder, as people recall better times and more opportunities for women.

“It’s all bad, whether separated or not,” said Abeer.

“We don’t want to unite with the Huthis in the north… but in (rebel-held) Sanaa there is more security and safety and there is electricity. Here there is nothing.”