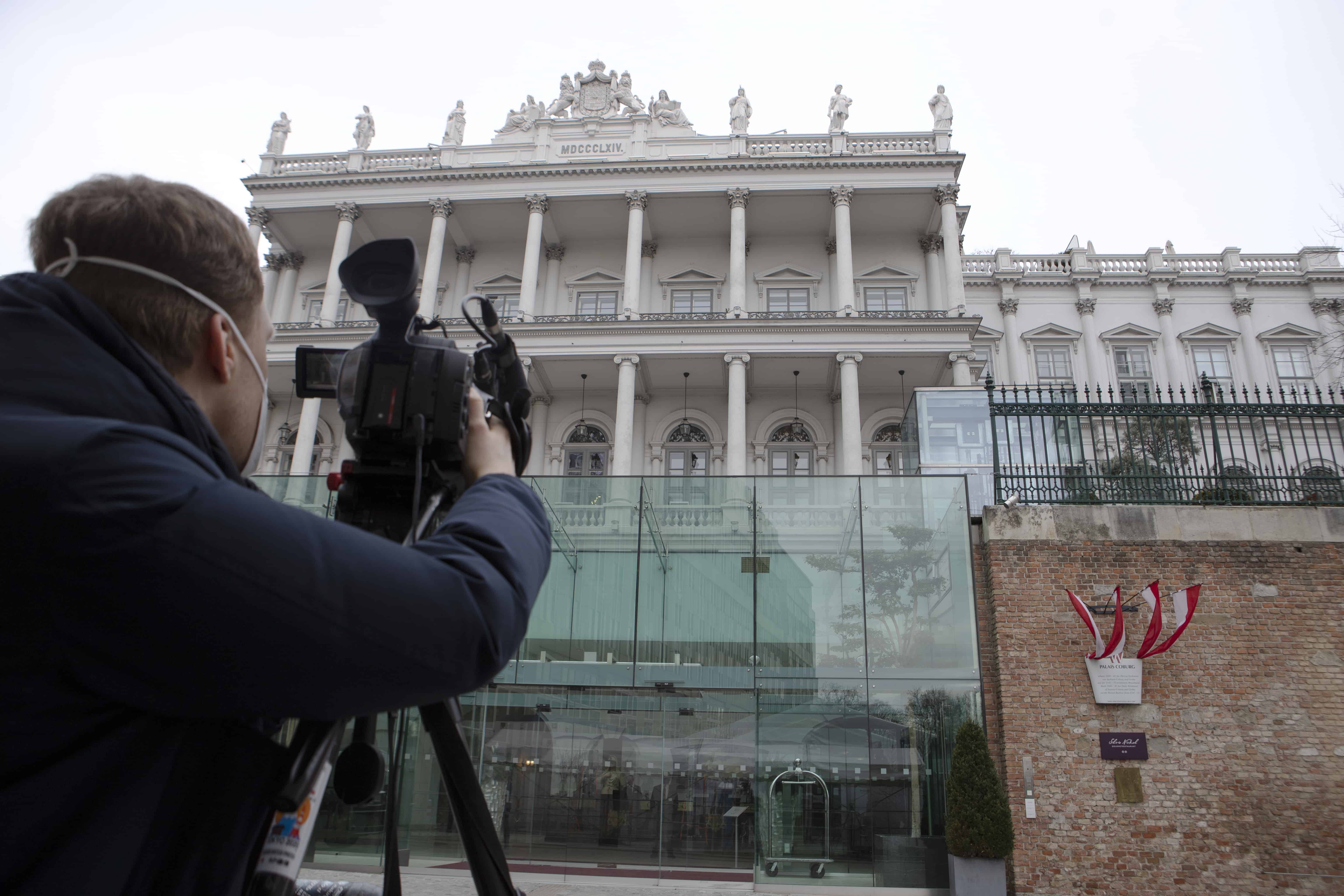 (FILES) This file photo taken on February 8, 2022 shows a cameraman filming the Hotel Palais Coburg in Vienna, venue of diplomatic talks on Iran's nuclear programme. - As if isolated in a bubble, negotiators continue to discuss the Iranian nuclear issue at a steady pace in Vienna, far from the chaos that has gripped the world since Ukraine's invasion of Russia. (Photo by ALEX HALADA / AFP)

Iran’s foreign minister said Friday he was ready to travel to Vienna if a deal is reached to revive the 2015 nuclear accord, as the US suggested an agreement is possible.

“I am ready to go to Vienna when the Western sides accept our remaining red lines,” Hossein Amir-Abdollahian said in a phone call with EU foreign policy chief Josep Borrell, quoted in a foreign ministry statement.

“The presence of foreign ministers in Vienna and the announcement of a final deal depend on full respect for the red lines set out by Iran, including effective economic guarantees,” the statement read.

The 2015 deal began unraveling when former US president Donald Trump withdrew from it in 2018 and re-imposed sanctions, prompting Iran to start disregarding the limits on its nuclear activity laid down in the agreement.

Talks to restore the agreement, known as the Joint Comprehensive Plan of Action (JCPOA), underway in Vienna involve Iran as well as Britain, China, France, Germany and Russia directly, and the United States indirectly.

However, “if Iran shows seriousness, we can and should reach an understanding of mutual return to full implementation of the JCPOA within days”, she added.

Enrique Mora, the European Union’s coordinator for the talks, also said they were in the “final stages”.

The Iranian foreign minister said Friday: “We are ready to finalize a good accord immediately.”

But he warned that the West’s “haste” could undermine “respect for Iran’s red lines”.

Amir-Abdollahian did not define the “red lines” but during negotiations in Vienna, Iran has repeatedly demanded the right to verify the removal of sanctions and for guarantees the US will not repeat its withdrawal from the agreement.

The latest developments come as the head of the Vienna-based UN atomic agency is due Saturday in Tehran to meet senior officials.

Iran has said the closure of the probe is necessary in order to clinch a deal to revive the JCPOA.