Islamic Jihad militant among 15 killed in Israel strike on Gaza 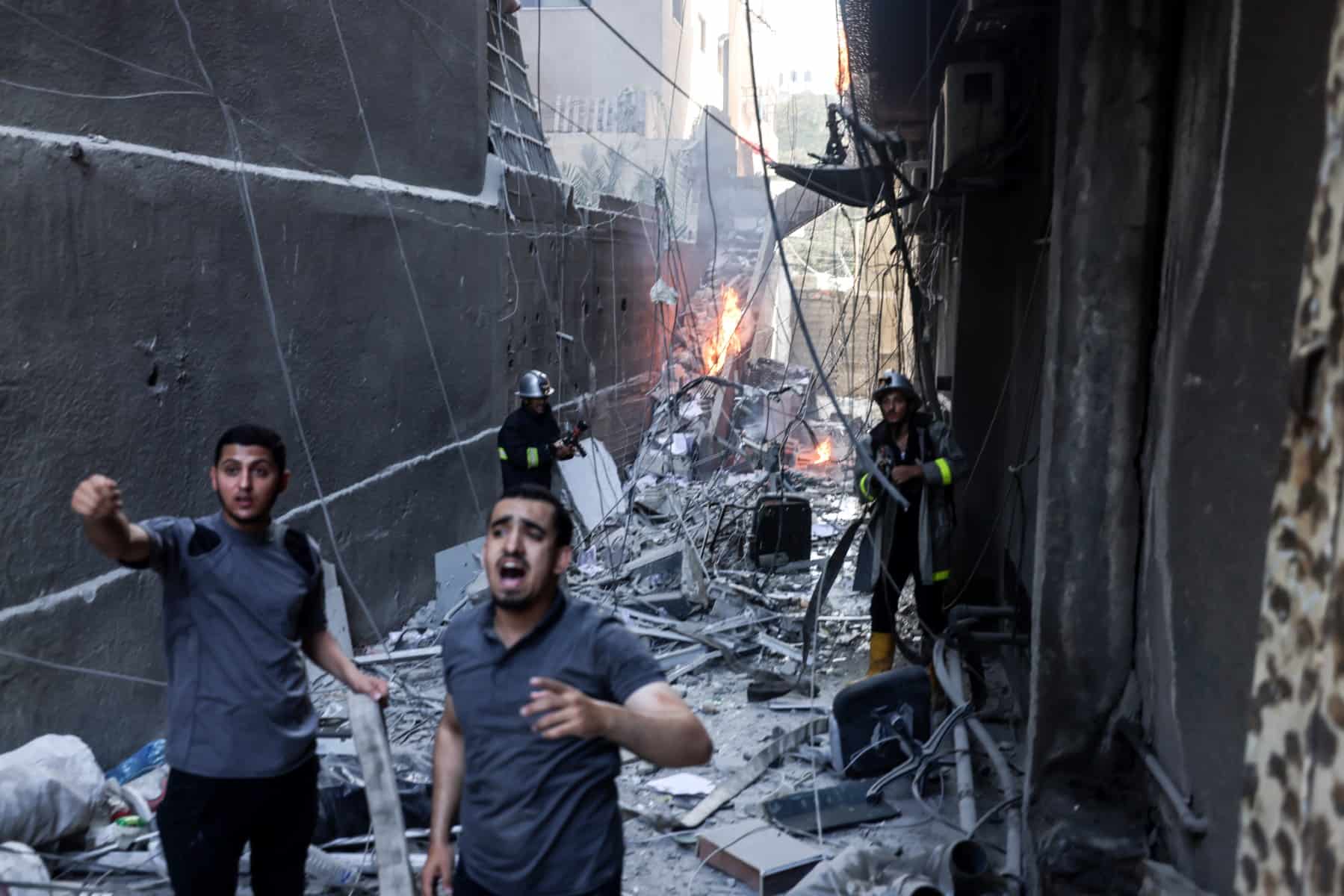 Rescuers and firefighters put out a fire amid the destruction following an Israeli air strike on Gaza. (AFP)

A senior militant from Islamic Jihad was among more than 15 people killed in Israeli air strikes on the Gaza Strip Friday, prompting the militant group to warn Israel has made a “declaration of war”.

A child was among those killed in the strikes, the enclave’s health ministry said, while Israel’s military estimated 15 combatants were killed.

The Israeli army said the bombardment was part of an operation “against targets in the Palestinian Islamic Jihad” group.

Flames poured out of a building in Gaza City following the air strikes, while wounded Palestinians were evacuated by medics.

Islamic Jihad said the Israeli strikes amounted to a “declaration of war”.

“We call on all the resistance forces and their military wings to respond in a unified front to this aggression,” the group said in a statement.

Gaza’s health ministry reported “a five-year-old girl, targeted by the Israeli occupation” was among nine people killed. A further 55 Palestinians were wounded, the ministry said.

Islamic Jihad said several members of its military wing were among those killed, including “the great fighter Taysir al-Jabari ‘Abu Mahmoud’, the commander of the Al-Quds Brigade in the northern region of the Gaza Strip.”

Israeli tanks were lined up along the border and the military said Thursday it was reinforcing its troops.

An Israeli military spokesman said “we are assuming about 15 killed in action” in Gaza, referring to Palestinian combatants.

Islamic Jihad leader Ziad al-Nakhala, who is visiting key backer Iran, told Lebanon’s Al-Mayadeen television that “Tel Aviv will… be one of the targets of the resistance’s missiles… as will all Zionist cities.”

‘Pay the price’
The strikes come four days after Israel closed its two border crossings with Gaza and restricted the movement of Israeli civilians living near the frontier, citing security concerns.

The measures follow the arrest in the occupied West Bank of two senior members of Islamic Jihad, which has a strong presence in Gaza.

Hamas, the militant group which rules Gaza, said Israel has “committed a new crime for which it must pay the price”.

“The resistance in all its military arms and factions is united in this struggle and will speak loudly… All fronts must open fire on the enemy,” Hamas said in a statement.

“Anyone who tries to harm Israel should know: we will find you. The security forces will act against Islamic Jihad terrorists to eliminate the threat they pose to the citizens of Israel,” Lapid said.

“The presidency called on the international community to force Israel to stop this aggression against our people everywhere,” said a statement published by the official Palestinian news agency Wafa.

On Friday afternoon, the Israeli military banned large gatherings in communities within 80 kilometres (50 miles) of the Gaza frontier, until Saturday evening.

The measures follow four days of road closures and other restrictions on movement in the border area.

Palestinians including patients and those with Israeli work permits have been prevented from leaving the Gaza Strip since Tuesday, while the goods crossing has also been shut.

Gaza’s only power station is at risk of imminent outage due to a lack of fuel supplies through Israel, its manager warned on Thursday.

This week’s shutdown of the border area follows a raid by security forces in the northern West Bank district of Jenin.