Israel couple accused of spying in Turkey back home after release 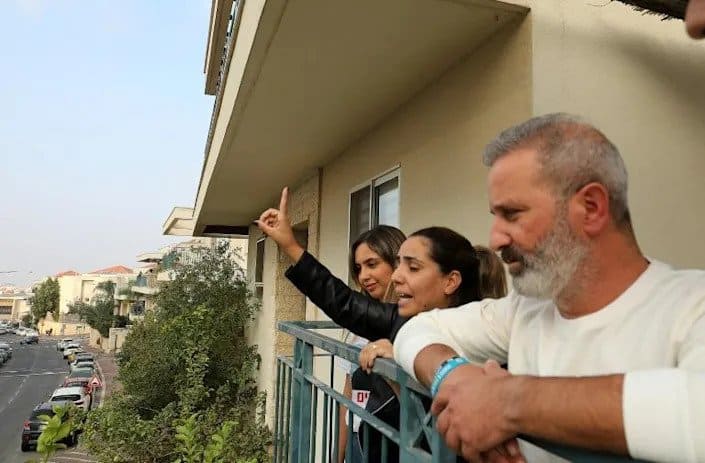 A crowd of relatives and supporters greeted the couple as they arrived back in the central Israeli city of Modiin.

An Israeli couple held in Turkey for a week on suspicion of espionage was released Thursday, the Israeli government said.

A court in the city charged them with “political and military espionage” for allegedly taking a photograph of Turkish President Recep Tayyip Erdogan’s home, Turkish state news agency Anadolu reported.

The Oknins denied the charges, while Israeli Foreign Minister Yair Lapid insisted the couple were not employees of any intelligence agency.

“After joint efforts with Turkey, Mordi and Natali Oknin were released from prison and are on their way home to Israel,” the office of Prime Minister Naftali Bennett said in a statement.

A crowd of relatives and supporters greeted the couple as they arrived back in the central Israeli city of Modiin, footage aired by public television showed. Many well-wishers wore t-shirts printed with a photograph of the couple.

The Oknins, two public bus drivers who had appeared in advertisements for their employer Egged, expressed their gratitude.

“To the president, to the prime minister, to Yair Lapid, to everyone we forgot, to everyone, to the ministry of foreign relations, to all the people of Israel,” Mordi Oknin said in footage distributed by the Israel Airport Authority.

Natali Oknin’s daughter Shiraz said: “I am in the clouds in a way you can’t describe. I want to say thank you so much to the whole country.”

Bennett said he and Lapid “thanked the president of Turkey and his government for their cooperation and look forward to welcoming the couple back home”.

Relations between Turkey and Israel have been strained, especially since ambassadors were withdrawn in 2018 after the deaths of Palestinian protesters in Gaza.