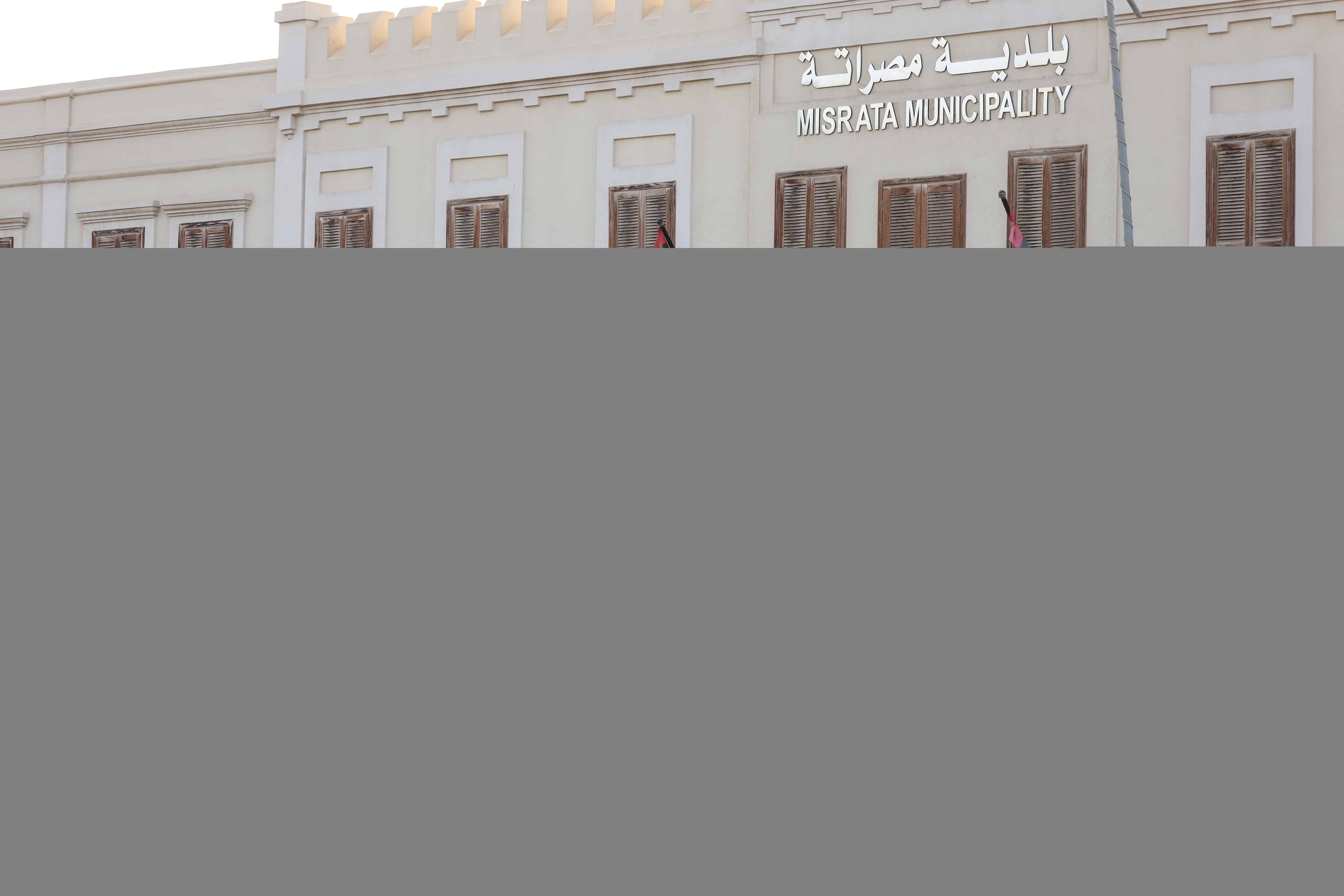 Libyan protesters gather outside the Misrata Municipality building in the northwestern city on July 2, 2022. (Photo by - / AFP)

Libyans, many impoverished after a decade of turmoil and sweltering in the soaring summer heat, have been enduring fuel shortages and power cuts of up to 18 hours a day, even as their country sits atop Africa’s largest proven oil reserves.

The country has been mired in chaos and repeated rounds of conflict since a NATO-backed uprising toppled and killed dictator Moamer Kadhafi in 2011.

Protesters stormed the seat of the House of Representatives in the eastern city of Tobruk on Friday night, ransacking its offices and torching part of the building.

In both the main eastern city of Benghazi — the cradle of the 2011 uprising — and the capital Tripoli, thousands took to the streets to chants of “We want the lights to work”.

Some brandished the green flags of the former Kadhafi regime.

Calm appeared to have returned to Tobruk on Saturday, though there were calls on social media for more protests in the evening.

UN Secretary-General Antonio Guterres called on “all actors to refrain from any actions that could undermine stability” and urged them “to come together to overcome the continued political deadlock”, spokesman Stephane Dujarric said in a statement.

UN-mediated talks in Geneva this week aimed at breaking the stalemate between rival Libyan institutions failed to resolve key differences.

Presidential and parliamentary elections, originally set for December last year, were meant to cap a UN-led peace process following the end of the last major round of violence in 2020.

But voting never took place due to several contentious candidacies and deep disagreements over the polls’ legal basis between the rival power centers in east and west.

In Tripoli on Friday, hundreds came out to demand elections, fresh political leadership and an end to the chronic power cuts.

The sudden eruption of unrest appeared to be spreading to other areas of the country, with Libyan media showing images of protesters in the oasis city of Sebha, deep in the Sahara desert, torching an official building.

A local journalist said protesters in Libya’s third city Misrata were blocking roads after setting fire to a municipal building on Friday night.

After dark, protesters also gathered at several points in Tripoli, shutting down some roads and burning tires, according to images broadcast by local media.

Haftar’s forces said Saturday that they “support the citizens’ demands” but called for protesters to “preserve public property”.

Libya expert Jalel Harchaoui told AFP that “for more than a year, the overwhelming majority of diplomatic and mediation efforts around Libya have been monopolized by the idea of elections, which won’t happen for at least two years, given the failure of the Geneva negotiations.”

This year “has been extremely painful for Libyans” because the country “imports almost all its food and the Ukraine war has hit consumer prices”, Harchaoui said.

Libya’s energy sector, which during the Kadhafi era financed a generous welfare state, has also fallen victim to political divisions, with a wave of forced closures of oil facilities since April.

Supporters of the eastern-based administration have shut off the oil taps as leverage in their efforts to secure a transfer of power to Bashagha, whose attempt to take up office in Tripoli in May ended in a swift withdrawal.

“There is kleptocracy and systematic corruption in the east as in the west, as the fancy cars and villas of the elite constantly remind the public,” Harchaoui said, accusing militias from both camps of carrying out “massive” fuel trafficking.

But he urged peaceful protests, adding that “special restraint is necessary given the fragile situation”.

US ambassador to Libya Richard Norland said that “no single political entity enjoys legitimate control across the entire country and any effort to impose a unilateral solution will result in violence”.

He urged Libya’s “political leaders across the spectrum and their foreign backers to seize the moment to restore the confidence of their citizens in the country’s future”.