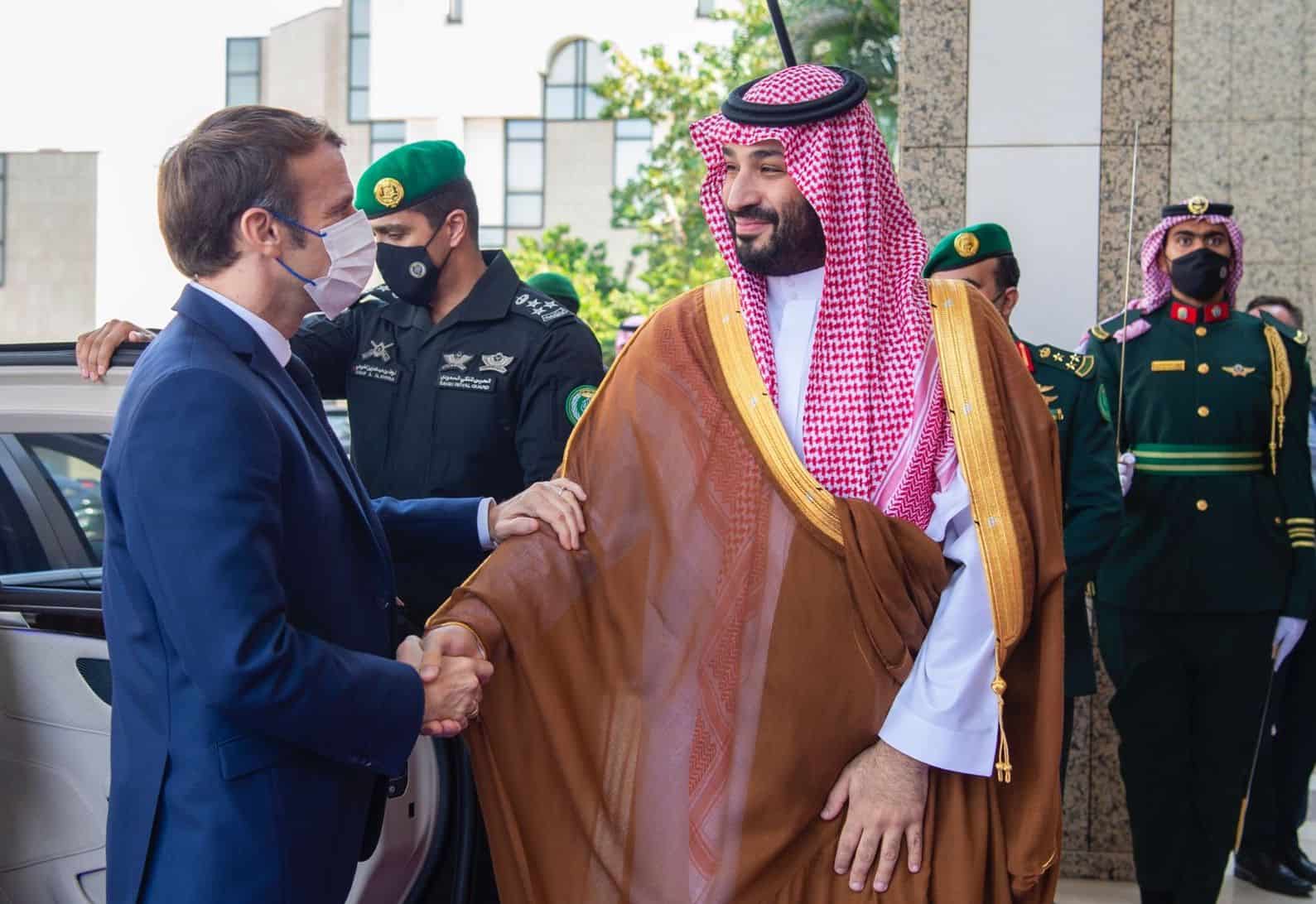 Macron landed in the kingdom’s Red Sea city after visits to the United Arab Emirates and Qatar as part of a short Gulf tour.

Crown Prince Mohammed bin Salman shook hands with Macron, who wore a face mask, welcoming him at the royal palace before talks and a lunch together.

Dialogue with Saudi Arabia was necessary to “work for stability in the region”, Macron said on Friday.

During his discussions with Prince Mohammed, Macron is expected to plead the case of Lebanon, where an economic crisis has been exasperated by a diplomatic row sparked in October between Beirut and some Gulf states.

His efforts are likely to receive a boost by the resignation of Lebanese information minister Georges Kordahi whose remarks on the Saudi intervention in Yemen’s war sparked the row.

Macron on Friday welcomed Kordahi’s departure, saying he hopes to “re-engage all Gulf countries in relations with Lebanon”.

The French president has spearheaded international efforts to help Lebanon out of its worst-ever economic downturn.

The country’s fragile government has been struggling to secure international aid, particularly from wealthy Arab powers.

Kordahi said Friday his resignation, which he had initially ruled out, became inevitable earlier this week when he met Lebanon’s prime minister.

“I understood from Prime Minister Najib Mikati… that the French want my resignation before Macron’s visit to Riyadh because it could maybe help them start a dialogue with Saudi officials over Lebanon and the future of bilateral ties,” Kordahi told reporters.

Lebanon’s ties with Gulf states have also grown increasingly strained in recent years due to the growing influence of Iran-backed Lebanese movement Hezbollah.

Macron said France had a role to play in the region.

“But how can we work for regional stability and on Lebanon and many other issues while ignoring the first Gulf state in terms of geography and size?” he said, referring to the kingdom which is the Arab world’s largest economy, and the world’s biggest crude exporter.

On Friday, the United Arab Emirates signed a record 14-billion-euro ($15.8 billion) contract for 80 French Rafale warplanes and committed billions of euros in other deals during Macron’s stopover.

From the UAE Macron headed to Qatar where he thanked the emirate for its efforts to evacuate 258 vulnerable Afghans to France via Doha, following the Taliban’s takeover of the country in August.