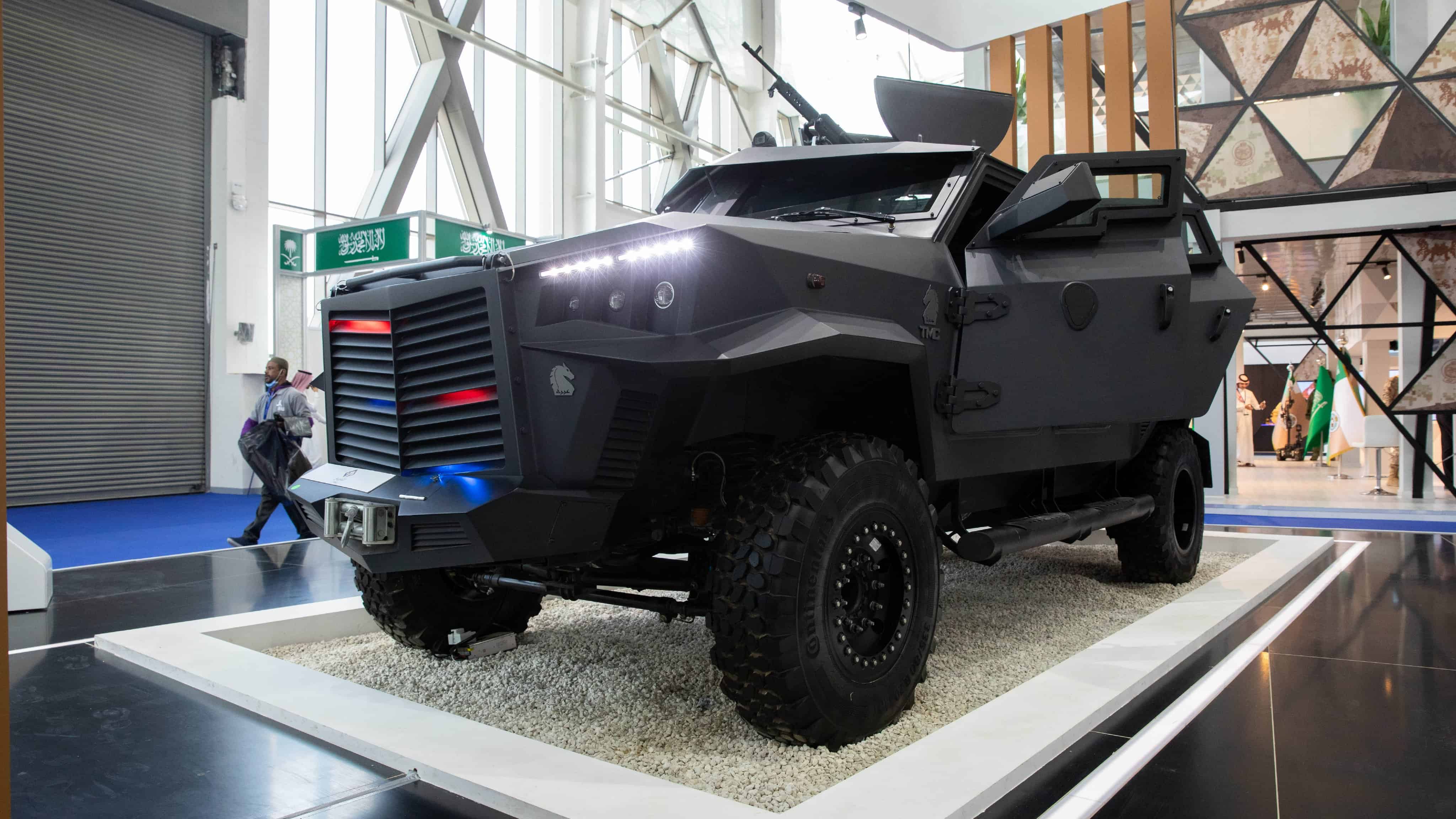 The Ukrainian display consisted of just two armored vehicles at the defense show.

Far from the war raging thousands of miles away, Russia-Ukraine tensions were on full display at a Saudi arms fair, where staff from each country eyed each other suspiciously over their latest weaponry.

Russian military hardware at the World Defence Show in Riyadh this week far outstripped the display at the Ukrainian pavilion, where staff bristled with anger about the attack on their country.

Maxim Potemkov, sales director of one of the exhibiting Ukrainian companies, said there was a wall of silence between the two sides. He could hardly even bring himself to walk past the Russians, he said.

“We don’t communicate of course. There is nothing to discuss,” Potemkov, whose family was forced to flee Ukraine, told AFP.

“I only passed once (in front of the Russian pavilion) to see how many of them were there… There are feelings of anger within us because we are now enemies.”

The number of staff at the Ukrainian pavilion was severely diminished by the war, which broke out two weeks ago when Russian President Vladimir Putin sent troops and warplanes over the border.

A planned delegation of 50 was reduced to just two officials and two volunteers, all based in Riyadh.

But even though the Ukrainian display consisted of just two armored vehicles, it was visited by a string of Western officials, including a delegation from the US embassy.

US charge d’affaires Martina Strong stopped by to express “solidarity with the brave Ukrainian people who are defending their country in the face of brutal Russian aggression”, the US mission tweeted.

‘This is my duty’

Over in the Russian pavilion, which included machine guns, anti-aircraft weapons and air-defense systems, sales staff were tight-lipped.

“We are prohibited from making media statements because of the political situation,” an employee told AFP.

One Russian visitor agreed to an interview but changed his mind when he was challenged by a pavilion representative who asked to see his identity badge and business card.

Oleg Perutzkari, 43, a staff member at the Ukrainian pavilion who has evacuated his family to Saudi Arabia, said he feared losing his temper if he went to speak to the Russians.

“I don’t want to approach the Russian pavilion, I just don’t want (to),” he said, adding that Ukrainians were already fully aware of Russia’s weaponry.

“We see the reality in our country, in our land and what equipment they have,” Perutzkari said.

The Ukrainian armored cars were not for display only. After the defense show closed on Wednesday, they were due to be shipped back to the war-torn country.

Perutzkari said he also planned to collect military equipment from the other exhibitors to be sent along for the war effort.

“I am looking for any equipment, any helmet or jacket, that I can find and send to my country… This is my duty,” he said.