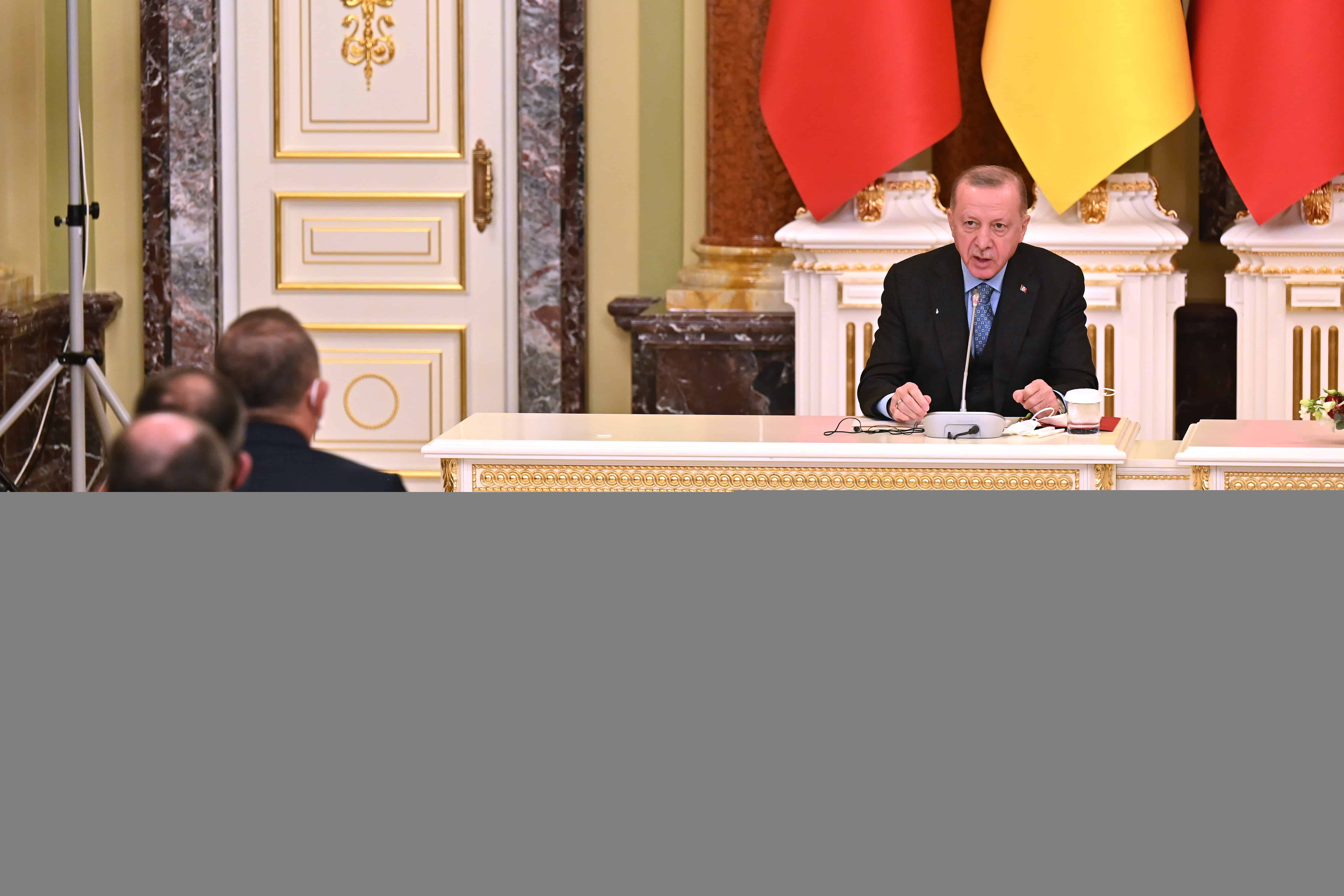 Turkish President Recep Tayyip Erdogan makes a statement with his Ukrainian counterpart after their talks in Kyiv on February 3, 2022. - Turkish President Recep Tayyip Erdogan offered on February 3, 2022 on a visit to Kyiv to hold a Ukraine-Russia summit, as EU leaders stepped up outreach to the Kremlin to defuse fears Moscow could invade. (Photo by Sergei SUPINSKY / AFP)

Erdogan, 67, said he had a “mild” infection on Saturday and was working from home.

He posted several tweets on Monday expressing thanks to leaders and officials who wished him well.

But an account believed by prosecutors to belong to Derya Buyukuncu — a six-time backstroke and butterfly Olympian — posted a tweet saying he was making extra pots of a sweet traditionally handed out at funerals.

The Istanbul public prosecutor’s office issued a warrant for Buyukuncu as part of an investigation into “criminal social media postings” about the president’s infection.

The crime of insulting the Turkish president is punishable by up to four years in jail.

The whereabouts of Buyukuncu, who has also starred in a popular Turkish reality TV show, were not immediately clear.

Turkish officials have launched more than 160,000 investigations over alleged insults to the president since 2014, when Erdogan assumed the post after more than a decade as prime minister.

Courts have also handed down 3,625 jail sentences on insult charges.

Last month, well-known television journalist Sedef Kabas was arrested on insult charges for comments she made on air about Erdogan.

Erdogan, who has had three doses of a coronavirus vaccine, said on Twitter his symptoms “remained mild” after a routine doctor’s visit on Sunday.

“My wife — Mrs Emine — and I continue to work from home,” Erdogan wrote.

Turkish Defense Minister Hulusi Akar announced on Sunday he had also tested positive for Covid-19 after accompanying Erdogan on a visit to Ukraine last week.