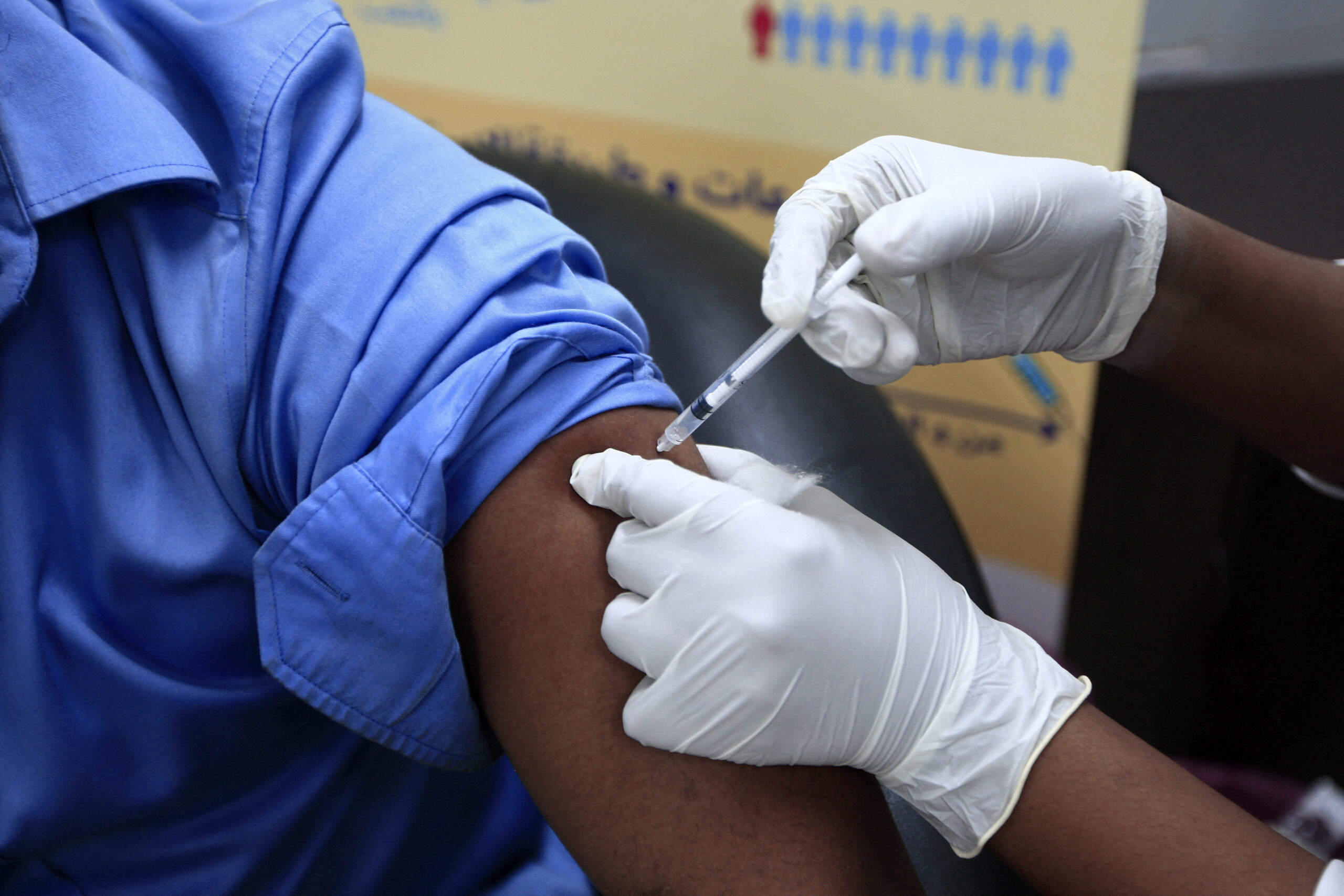 A man receives a dose of the Oxford-AstraZeneca COVID-19 coronavirus vaccine at the Jabra Hospital for Emergency and Injuries in Sudan's capital Khartoum on March 9, 2021. - Sudan is the first in the Middle East and North Africa to receive vaccines through COVAX, a UN-led initiative that provides jabs to poor countries, according to children's agency UNICEF. The first batch to arrive was comprised of 828,000 doses of the AstraZeneca vaccine, which are planned to cover 414,000 frontline health care workers across the country, according to health officials. (Photo by Ebrahim HAMID / AFP)

The UAE has dispatched 300,000 Covid-19 vaccine doses and other medical supplies to Comoros, local reports have said.

An aircraft loaded with the supplies, which also included 600,000 injection needles, left the UAE for Comoros on Tuesday, August 10, said the local reports.

Saeed Mohammed Al Maqbali, UAE Ambassador to Comoros, was quoted by the reports as saying that dispatching the medical supplies aimed at addressing the Covid-19 pandemic in the African country.

He added that this underscores the ongoing support of the UAE for the Comoros, through providing a sizeable quantity of vaccines for a large segment of its population, especially the elderly and those with chronic diseases.

With a population of nearly 890,000, Comoros has seen a total of 4,031 cases of Covid-19 infection since the beginning of the pandemic last year.

A total of 147 of these infections resulted in death, most of them in the single big spike in new cases that took place as January transitioned into February this year.

According to the World Health Organization, a total of 188,875 vaccine doses had been administered in the country as of August 8.